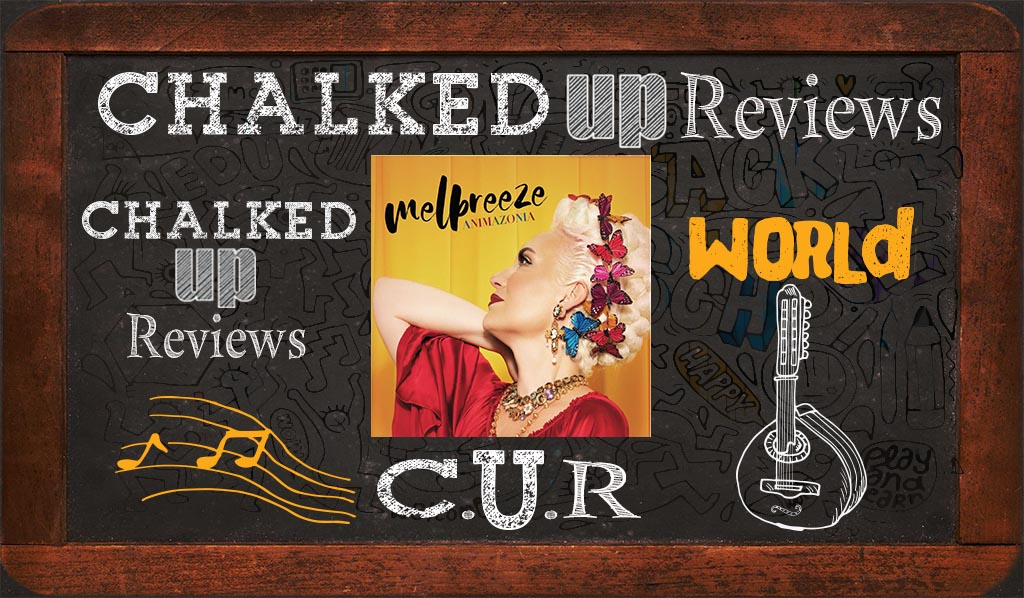 Melbreeze is an artist that prides herself on the artistic and exotic.  Her sense of high fashion, design, and the way she creates musical art is all tied up into one highly creative being that emotes music on a deeper wave length. Who better to capture this creativity than her producers Jimmy Haslip and Scott Kinsey.  Born in Smyrna Turkey, home to renowned Greek and Roman settlements. Her first foray into performance was through ballet, which she started learning when she was five years old and pursued for many years to come. After completing her academic education, having majored in Business Administration as an undergrad and going to the United States for further education, Melbreeze focused on raising her own family.

With the release of Animazonia we find a distinct Brazilian flavoring on Melbreeze’s ninth album.  Mainstays Brazilian jazz standards such as “Quiet Nights,” “One Note Samba” and “Desafinado adorn the album, along with well chosen latin tunes, “Mas Que Nada,” “Frog Samba,” and even a Scott Kinsey original as the title track.

Our favorite track is “Desafinado.” Melbreeze’s arrangement of this classic Jobim tune is creatively original. With a hip middle eastern overtone, the groove is a creative funky world beat. Melbreeze evocatively sing-speaks the intro. When the melody enters, Mebreeze shows

her sweet vocal style that is controlled, warmly toned and rhythmically accurate. Her relaxed approach to the melody is very enjoyable as is her wide intervallic jumps. Koonse’s guitar fills around the vocals are very tasty and add to the atmosphere. Haslip’s rock steady bass grounds the proceedings, the interlude at the end of the melody is very nice. Dutz’s percussion and Kumar’s sitar get the world sound flowing and the energy builds as Melbreeze sings in rhythmic tones. Melbreeze takes us on an unusual musical journey through one of our favorite Latin tunes, the arrangement is creative and brings all the right elements into play for a world-jazz music experience. The soulful singing, guitar playing and sitar give this track an unexpected edge that is hip and modern.

Melbreeze is a journey of the exotic, the seductive and elusive vocal style contained on Animazonia is intoxicating. The production as one would expect from Haslip and Kinsey is equally charged with creativity.  The result is a hybrid of jazz and world elements for a tasty outcome that feeds the soul and excites the senses.  Highly recommended.

Report Card
C.U.R. Grades
You Grade The Music
Rate Here
Originality
A+
—
Execution
A
—
Sound Quality
A
—
Solos
A
A+
Arrangements
A+
—
Ensemble Sound
A
—
Vocal Quality
A
A+
Unusual Instrumentation
A
—
Art Work
B+
—
Use of Various Styles
A
—
Feel
A-
—
A
C.U.R. Grades
A+
You Grade The Music
You have rated this
What's your reaction?
I Love It
75%
Cool
25%
It's OK
0%
What?
0%
I'm Sad
0%
I Hate It
0%
You might also like
Latin JazzWorld
Editor
A
User
A-
REVIEW
Steve Khan Patchwork Review
Editor
A-
User
A+
REVIEW
Terrence Wintersmith A Walk In The Woods Review
Editor
A
User
A+
REVIEW
Véronneau Love & Surrender Review
Editor
A
User
A-
REVIEW
Cheo Linares shows he knows the Venezuelan salsa lover with Venezoa Soy
Comments
Leave a response