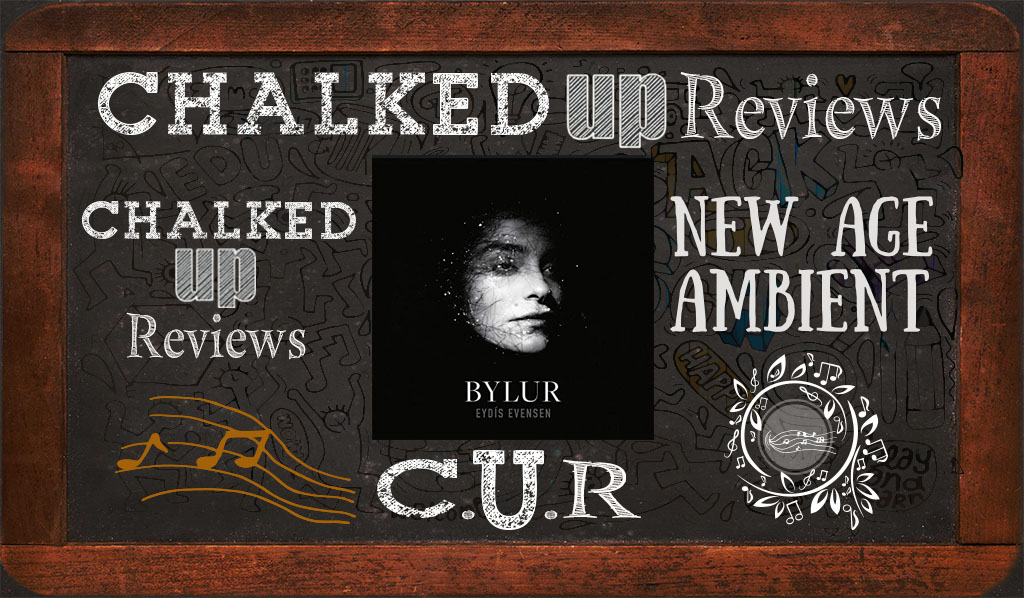 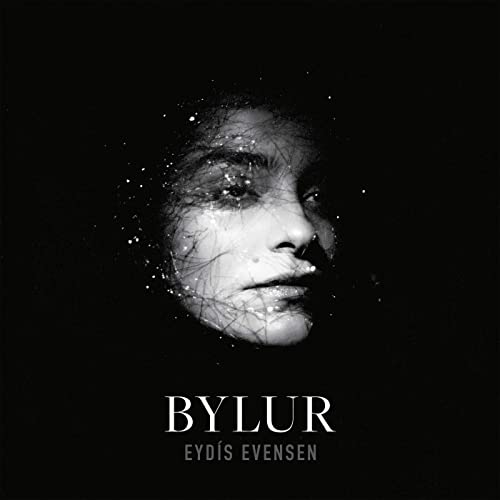 Eydís Evensen is a classically trained pianist and composer that creates a vibrant mixture of modern classical and new-age music. As a child, she would stare out at the Westfjords as the wind howled around her, pretending to conduct the clouds. In these daydreams, she was a meteorological maestro: controlling the Icelandic storm fronts in the distance, bending the weather and the world to her will like an orchestra. “The weather was intense where I grew up but so inspiring. There was such harshness to our winters, but at the same time, such beauty. I used to sit there for hours,” recalls the Blönduós-born composer. Even today, Evensen still finds musical expressions for the awe she feels for the vastness of nature. Musically, she is inspired by Philip Glass, Jóhann Jóhannsson, Thom Yorke, and any music where “you can sense the emotion behind the notes.”

Bylur is the pianist’s mesmerizing debut album of calming contemporary classical diary of her life to date, that takes its 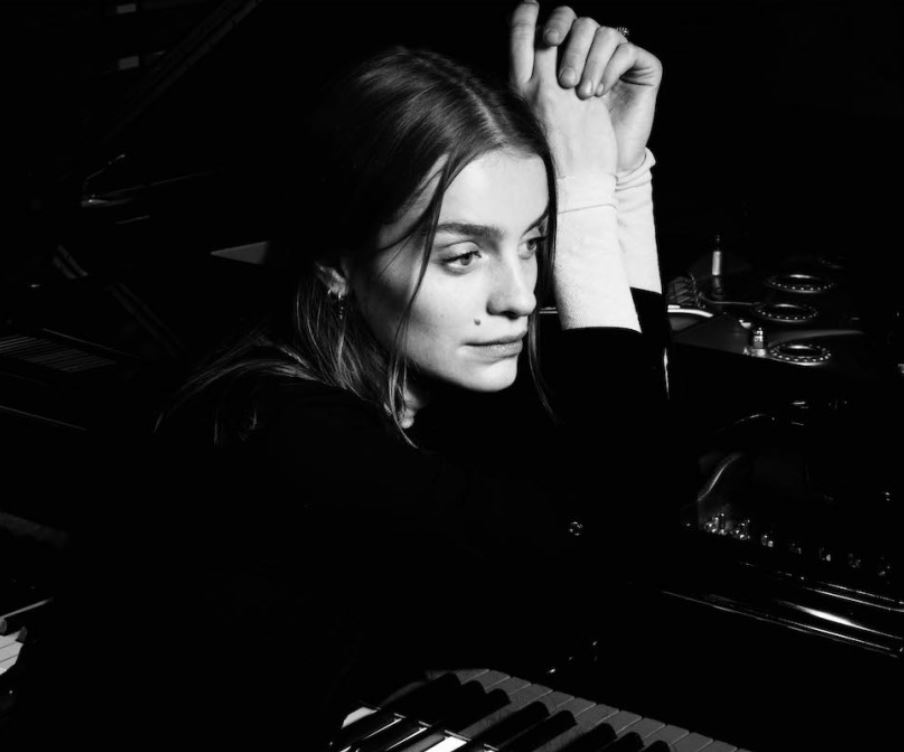 name from the Icelandic word for ‘snowstorm.’ Evensen speaks about the title, “All of these songs are moments from my life,” she says. “So many ups and downs. All of my joy, darkness, happiness, heartbreak, and melancholia.” A snowstorm contains multitudes: there’s chaos and adversity to them, but beauty and fragility too, and Evensen captures those moments within the thirteen tracks on the album. The Icelandic composer grew up in a town of 800 people in the rough and sparsely populated northern half of Iceland, in a music-obsessed household where Led Zeppelin and Tchaikovsky took turns on her parents’ record player. “As soon as I could stand, I was wandering over to the piano, wanting to play,” she remembers. “I started piano lessons aged six, then wrote my first piece of music aged seven, inspired by a storm outside.”. Forgoing music school to see the world and pursue a glittering modeling career. Evensen spent living in London and New York, but wherever she went, “music never left me,” the composer insists. “Whatever city I was in, I would find a piano. I needed to. Music has always helped me organise and understand how I’m feeling and release something that maybe I’ve been carrying within.” Eventually, she made the decision to drop it all and return to Reykjavik, and to the compositions, she’d been writing her entire life. Bylur, recorded at Greenhouse Studios and produced by Valgeir Sigurðsson, contains melodies she has written at various points of struggle or extreme emotion.

Evensen is looking ahead. “I didn’t have a vision for the album taking me and my career to a specific place. I just wanted it as a document of my life so far. That’s the biggest reward for me,” she says. Live shows are one thing she’s excited to delve further into, and new music is already on the horizon (“I can’t wait to get back into the studio,” Evensen beams). “I’ve been dying to make this album for such a long time, and now it’s here; I feel so fortunate,” the composer explains. “I hope it can get people into a warm headspace and bring them some calm.” Eydís Evensen has come a long way since the days when she would stare out at the Westfjords, pretending to conduct the clouds. It’s a journey that’s just beginning. 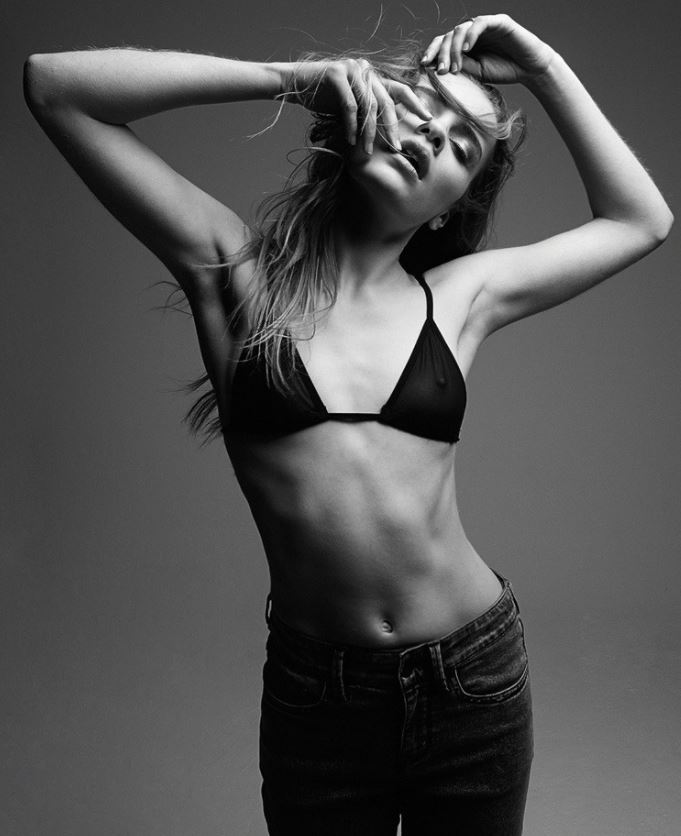 “Deep Under” begins our journey into Evensen’s sounds of nature and emotions. Her touch on the piano is agile, and her use of dynamics is evocative. Each melody was written at various points of struggle or extreme emotion. “Every chord change takes me back to a moment in my life: I can remember the thought and the feeling of when and why I wrote it,” says Evensen. “Shaping the sounds of this album into the truest reflection of how I was feeling has been incredibly rewarding and therapeutic.” The strings float around the piano in powerful layers that augments the emotion of magical stillness and tranquility.

“Brotin” has a shifting chord pattern and swelling strings to bring the listener into a calm, tranquil state of mind. Much of the album was written after dark, which helps explain Bylur’s introspection and tranquility. “I get more inspired at night, maybe because it’s so quiet. I go over to the studio after dinner sometimes when no one’s around. It was the same in New York. There’d be so much white noise from the city that it was easier in the evenings. I kinda got used to staying up late, working on arrangements, trying not to wake up everybody,” she laughs. “I love to close my eyes and see where my hands take me when I play the piano, not being afraid to make mistakes. I like to record on my phone, listen back, then go back to ideas and try to improvise around specific snippets,” Evensen continues, adding that it’s not only in the studio at a piano that melodies can appear and ideas can form. “I actually carry a tiny little sheet music book around in my purse. So, if inspiration comes to me, I can write it down immediately. You never know when it’ll strike!” she laughs.

Bylur brings into focus Evensen’s playing and composing in a vibrant collection of tunes that will relax, calm, and 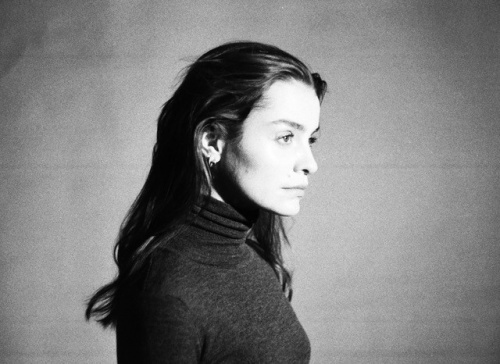 transform the listener with her emotional soundscapes. Evensen is one with her instrument and her compositions look back and captures moments purely based on her experiences. Her music adapts boldly on new horizons of beautiful soundscapes. Horizons unveiled via her melodies and writing, imploring us to seek peace and inner quiet moments.