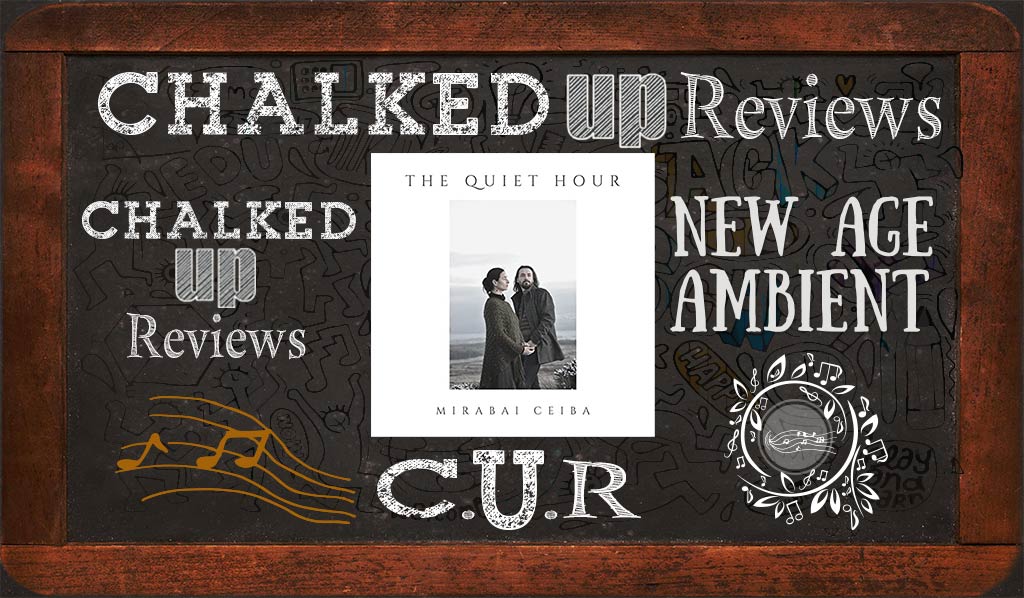 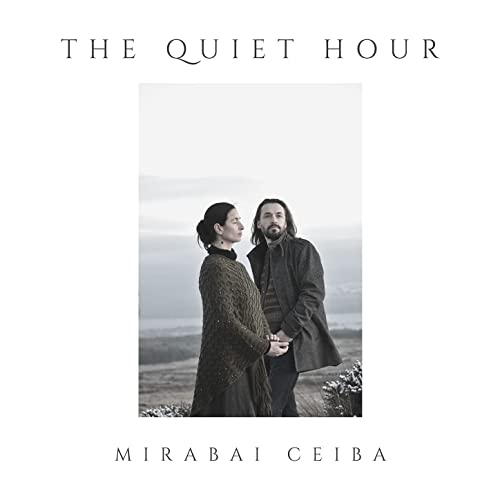 Mirabai Ceiba is a duet comprised of Angelika Baumbach (singer, harpist, pianist) and Markus Sieber (guitarist, singer, producer). Their music is a web of tenderly plucked strings, elegant piano arpeggios, subtle vocal interaction, and expressive lyricism. Mirabai Ceiba is easy to love and enjoy but hard to categorize. The husband-and-wife team combines the sounds of world music, classical chamber music, folk music, and new age to create an exceptional devotional sound that ultimately transcends any genre label. Together, they’ve created a series of acclaimed, exquisitely realized studio albums and concert experiences that immerse listeners in a shimmering world of transcendent wonder. Markus and Angelika come from different parts of the globe. Markus is East German, and Angelika is of Mexican and German heritage, born in Tucson, Arizona, and raised in a small village near Mexico City. They met at a street fair during Edinburgh’s Fringe Festival and quickly formed a romantic and musical alliance. The name Mirabai Ceiba reflects the couple’s pan-global perspective. Mirabai (1490-1547) was a legendary Hindu devotional singer. The Ceiba is the sacred tree of Latin America.

Mirabai Ceiba’s upcoming album is set to release on August 27, 2001, and is titled The Quiet Hour. Releasing via Spirit Voyage Records, the album is co-produced by Tony Award winner Jamshied Sharifi. In addition, the album features a stunning collaboration with Czech singer-songwriter Markéta Irglová (best known for her role in 2007’a Once and its Oscar-winning song “Falling Slowly”) on “Take On A Thousand Forms.” In total, the album has seven songs that are a timely antidote for our turbulent times with relaxing, beckoning textures that lead the listener on an inward journey to a place of calm centeredness.

supports the vocalist. Markéta explains, “I discovered the music of Mirabai Ceiba and Aukai on separate occasions, years apart, unaware of their connecting factor, Markus Sieber. In both cases, I felt a deep resonance on both a musical and personal level. The sensibility and musicality of this wonderful duo inspires me deeply, and it has been a great honor to have had the opportunity to collaborate with them on this heavenly song, ‘Take On A Thousand Forms.'” The magical textures of sustained accordion and keyboard notes are adorned with dancing acoustic guitar and harp strings to support the angelic vocal harmonies of Markéta and Angelika. Mirabai Ceiba notes that “The words of this song are a poem by Goethe in a book from my daughters’ homeschool curriculum ‘Live Education.’ I worked to learn it by heart with my daughters. It took us time to really get into the lyrics and understand them, but once we did, I was fascinated by the layers of possibilities to describe nature’s wondrous mystery and beauty. This fascination became a song that I often sing just to allow all of this incredible imagery to soar inside of me as I sing to nature and life.”

“She” is a beautiful track that pulls the listener in with its sparse instrumentation and intimate singing. Written by Angelika during a solitary mini-retreat, the lyrics are moving and serine. Angelika explains, “I took a week off, and I went on my own to a cabin just to have some space,” she says. “Because being with the family always is not easy, as a woman. I think it’s important for mothers to take creative space for ourselves. So I did that. As the week advanced, I came to a 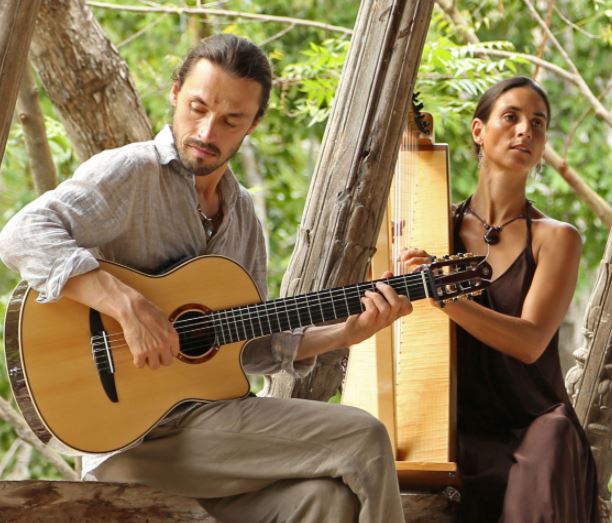 more quiet, transparent space within myself. I just sat down and started writing this poetry as a song. And it came out to be a very clear reflection of my experience there. We dedicate this song to all women—to remember to always reach out to the deep spaces within, those that nurture our wild free spirit.” There are no drums, percussion, or programmed sequences, and there’s much less reverb. That gives the music an organic feel that is natural in its flow and sound. For the first time on record, the couple both played guitars. Usually, guitars are more of Sieber’s domain, along with other plucked lutes like the Latin American ronroco. And Baumbach’s masterful touch on harp and piano have always been staples of the Mirabai Ceiba sound.

The rich, loving connection between Angelika and Markus is palpable, as their instruments and voices intertwine on Mirabai Ceiba’s most personal and introspective album to date, The Quiet Hour . “We wish to create this space where people can come to a quiet place inside themselves, where they can really listen,” Angelika adds. “Then the chanting or musical interaction becomes much deeper. We need to come from silence; any creation comes to form a quiet space first—from nothing.” The Quiet Hour is a moving musical experience that will enrich your life with its beauty, love, and transformative soothing sound waves.