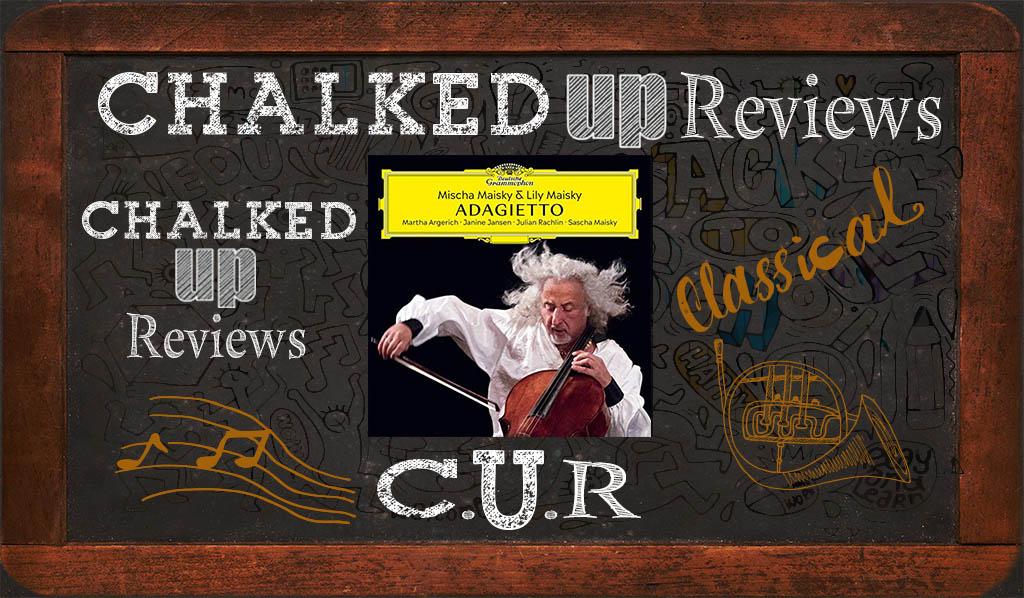 Cellist Mischa Maisky received his first music lessons at the Latvia Children’s Music School and Conservatory. In 1962 he entered the Leningrad Conservatory. In 1965 his debut with the Leningrad Philharmonic earned him the nickname “Rostropovich of the Future.” One year later he was a prizewinner at the International Tchaikovsky Competition in Moscow and began his studies with Rostropovich at the Moscow Conservatory while pursuing a concert career throughout the former Soviet Union. Maisky is the only cellist in the world to have studied with both Mstislav Rostropovich and Gregor Piatigorsky. After being imprisoned in a labor camp near Gorky for 18 months in 1970, he emigrated from the USSR. Since that time, Maisky has established himself as world renowned romantic cellist.

Lily Mischa is the daughter of Maisky and is a French born classical pianist based in Brussels, who performs mostly chamber music with the Maisky duo and trio. She began playing the piano at the age of four, with Lyl Tiempo, also studying with Hagit Kerbel, Ilana Davids and Alan Weiss. Mischa was a pupil at the Purcell School of Music from 2001 till 2005 where she also studied jazz piano. She has received master classes and musical advice from renowned artists including Martha Argerich, Dmitri Bashkirov, Joseph Kalichstein, Pavel Gililov and Vitalij Margulis to name a few.

Mischa Maisky and his daughter Lily present their new collaboration, Adagietto. The program presents fourteen tracks that are impeccably recorded. The recording brings in arrangements of compositions originally composed for other instruments and adapts them for the cello. Adagietto pulls from rich compositions from adaptations of German, Russian, French and Norwegian works that are lyrical and beautifully intimate and adagio paced. Included is a multi-track arrangement of Mahler’s Adagietto from his 5th Symphony with Mischa playing all parts (except the part for harp), a project the cellist has dreamt of for many years. The recording stems both from the stereotype that the cello is the instrument that more closely imitates the human voice, and from the fact that it is not as unusual as it may seem to arrange compositions for a different instrument, as many composers allowed adaptations of their own works.

Our favorite track is “Mahler: Symphony No. 5 in C-Sharp Minor / Pt. 3 – 4. Adagietto.” Mahler’s Symphony No. 5 covers a vast range of emotions and the Adagietto movement was originally scored for only the string section and solo harp. Here, Maisky does an outstanding job of arranging the entire movement for cello and solo harp. All the cello parts are performed by Maisky, his romantic nature and controlled phrasing and color all shine through each phrase on each part. His upper register playing on the cello is especially enjoyable and expressive. Sophie Hallynck performed the harp part with empathetic result.

We had to include a second track, “J.S. Bach: 2. Adagio [Concerto in D Minor, BWV 974.” Here the chemistry between father and daughter is superb, as it is throughout the album. Maisky’s phrasing and attention to articulation and dynamics is superb. Mischa’s accompaniment is sensitive, supportive and sinuous. The two shape the overall musical statement in a manner that is so breathtaking and musical. The two share an imaginative and intimate chemistry. The music is beautifully arranged and impeccably performed.

Adagietto is a collection of masterfully arranged adaptations of German, Russian, French and Norwegian works that are lyrical and stunningly performed by Maisky. The general aura in which Maisky Mischa performs with on this album is robust performances of a collection, bringing to life the lovely melodies not normally associated with the cello in a manner that is stirring while relaxing. Maisky’s expressive tone is rich and lyrical, supported with precision and careful attention to color and balance, Maisky and Mischa turn in performances that are superb. The added bonus of being father and daughter only lends itself to the deeper musical communication.  Highly recommended.