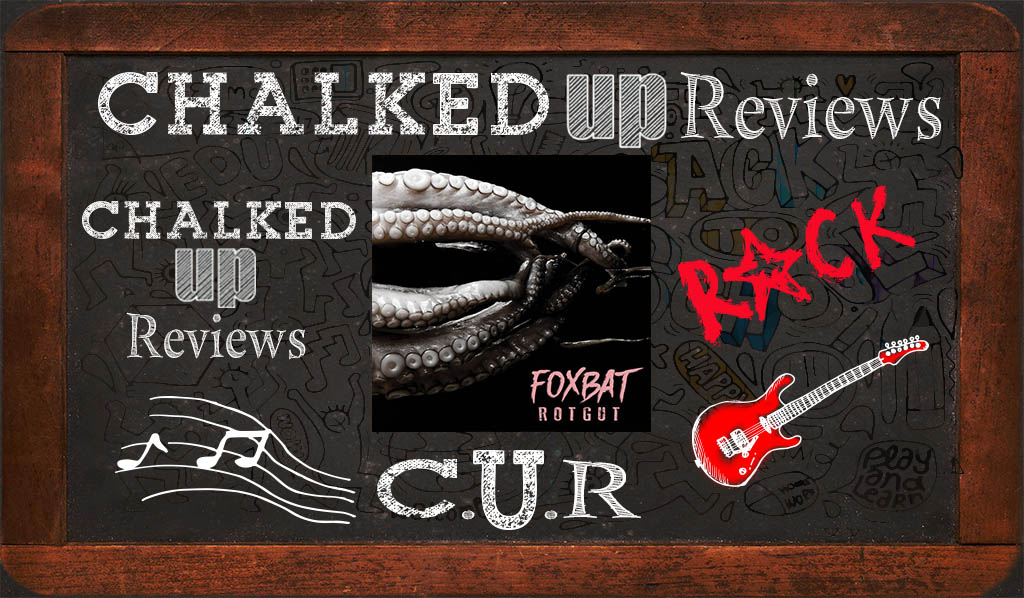 Foxbat is a hardworking and hard-hitting hardcore band coming out of Louisville, Kentucky. Like the whisky coming from Kentucky, Foxbat is not for the listener that enjoys light music, this is sippin’ hardcore with a bite. The band has a unique sound that has allowed them to share stages with heavy hitters such as: He is Legend, ’68, Norma Jean, Islander, and The Devil Wears Prada. The band’s first release was an EP on Little Heart Records (Knocked Loose), and now they have released their debut full-length album entitled, ROTGUT on Core Sample Records. The band is hard working both on and off the stage and their music and attitude should catch your ear.

ROTGUT has ten tracks and is fronted by vocalist Clay Nevels. The album was produced by Jordan Haynes of Artifex Pereo (Tooth and Nail Records) and mastered by Kris Crummett (Dance Gavin Dance, The Story So Far). The five-piece band lays down its own brand of aggression that will certainly grow on your ears quickly. The lyrics cover many subjects and emotions set to riffs that are always big and memorable. Foxbat is what we refer to as ones to watch, as they continue to spread their musical wings across the globe.

Our favorite track is “Grim Ripper.” The band comes in strong with a driving beat and twin guitars laying down the riff. Nevels’ vocals are solid, and his attitude fits the music’s energy. The lyrics are interesting, and the songwriting has interest and flows. The band has a strong rhythmic sensibility that is memorable. The chorus is unforgettable, and the song flows nicely through variations of the verse. The interlude is an effective sonic change and the use of dissonance in the guitar voicings adds just the right amount of grit. Nevel’s vocal range and style immediately draw you in on both “Grim Ripper” and throughout ROTGUT.

Foxbat has an auditory assault waiting for you with ROTGUT.  Adorned with strong songwriters and fronted by an excellent vocal style by Nevels. This no-nonsense hardcore recording is meant to be savored straight-up and loud. Foxbat delivers on ROTGUT, a tasty spin of epic riffage and red-letter writing.  The group brings a take no prisoners approach to their music, driving with focus the songs straight to the gut with a one-two punch.  Highly Recommended.

Report Card
C.U.R. Grades
You Grade The Music
Rate Here
Originality
A
A+
Execution
A
A+
Production
A
A+
Songwriting
A
A
Band Sound
A
A
Vocal Quality
A+
A+
Art Work
B+
B+
Feel
A-
A
Melodies
A-
A+
Riffs
A
A+
A
C.U.R. Grades
A
You Grade The Music
3 ratings
You have rated this
What's your reaction?
I Love It
100%
Cool
0%
It's OK
0%
What?
0%
I'm Sad
0%
I Hate It
0%
You might also like
Progressive MetalRock
Editor
A-
REVIEW
Once Human  Scar Weaver Review
Editor
A-
User
A
REVIEW
Shallow Side Origins Review
Editor
A-
User
A-
REVIEW
Making Known the secret, Organized Chaos’ Divulgence
Editor
A
User
A+
REVIEW
Skarlett Riot, Regenerate is intense!
Comments
Leave a response