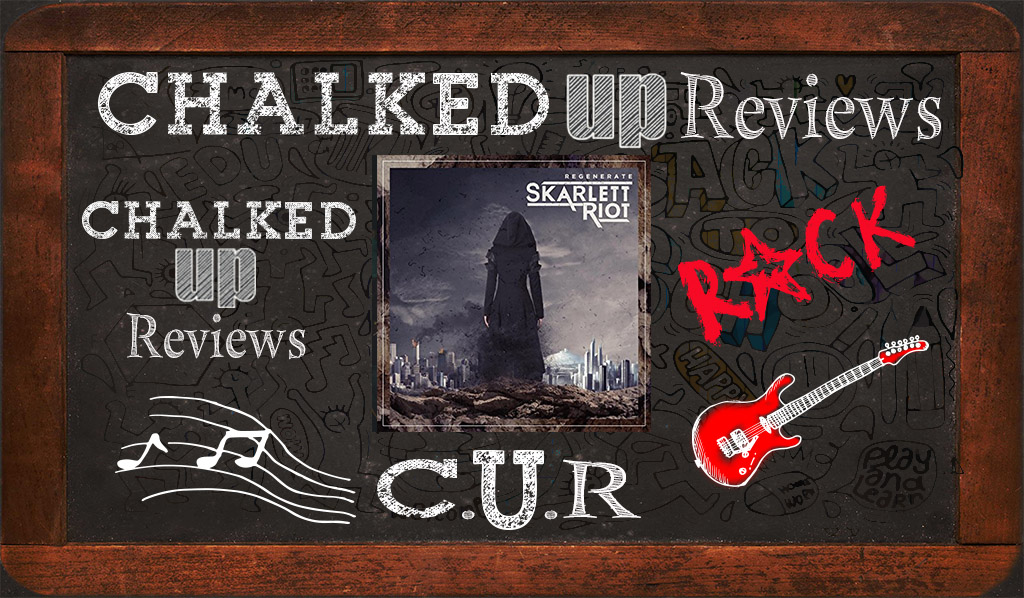 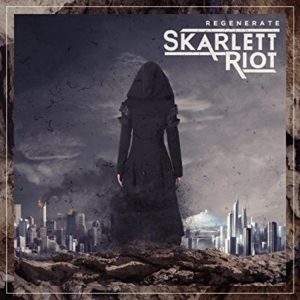 Formed in 2010, Skarlett Riot is a female-fronted band that blew-up their local scene with powerful, riff-led songs, blending melody and grit with a muscular rock-n-roll backbone, fronted by Skarlett’s strong vocals. Add to that an ear for infectious hooks, and you have a band that not only has attitude, but the songwriting skills to back it up! Skarlett Riot is: Chloe “Skarlett” Drinkwater (vocals/guitar), Danny Oglesby (lead guitar/backing vocals), Martin Shepherd (bass/backing vocals) and Luke Oglesby (drums). After the success of their Sentience EP, the hard-hitting UK quartet Skarlett Riot soon began to attract interest from far and wide. Signing deals with TKO Agency and The Artery Foundation management was just the beginning for this highly rated act – soon they had signed a world-wide record deal with the pro-active and forward thinking Swedish label Despotz Records.

Regenerate is the band’s new album, featuring material that is harder, heavier, and faster, but still driven by the anthemic hooks that have kept this band at the forefront of the UK modern metal scene. The band is constantly developing and honing their craft; and the ten tracks on Regenerate show them reaching a new level that is darker and heavier, but with the same glorious attitude.

Our favorite track is “Break,” the first single from Regenerate. The material is weighty and driven by rich guitar hooks. The verse is full of 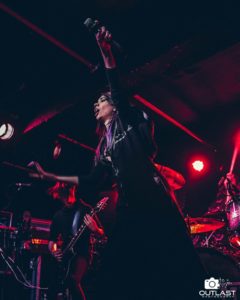 attitude and very heavy, with choruses adding a strong melodic sense that has earned this band a strong reputation on the modern metal scene. Fine guitar harmonies leading to the guitar solo, which build back to a driving interlude and the hook in the chorus. Skarlett’s vocals are powerful and dark when need, but she can switch to her full-middle and the upper register for the chorus that has a level element of rock. The band’s song writing is excellent, and embraces the anger and aggression of the modern world.

The band’s sound is very comfortable in their darker and heavier tones, with elements of strong melodies, heavy riffs and metal attitude shining through; Regenerate will open up all new possibilities for the band. The lyrics are thoughtful, and the music is driving and frontwoman Skarlett is commanding. The riffs are hypnotic riffage, excellent twin guitar licks and thundering grooves. The music is enticing and melodic, Regenerate is intense, you can hear the influences of great bands like Bullet For My Valentine and Shinedown radiating through, both in the musicality and delivery of these songs. Great album and great sound.

Report Card
C.U.R. Grades
You Grade The Music
Rate Here
Sound Quality
A
—
Songwriting
A-
A
Solos
A
—
Band Sound
A
A+
Vocal Quality
A
—
Art Work
A
A+
Virtuosity
A-
A
Melodies
A-
—
Hooks
A-
—
Riffs
A
A+
A
C.U.R. Grades
A+
You Grade The Music
1 rating
You have rated this
What's your reaction?
I Love It
25%
Cool
50%
It's OK
0%
What?
25%
I'm Sad
0%
I Hate It
0%
You might also like
Hard RockProgressive MetalRock
Editor
A
User
A
REVIEW
Lucifer Lucifer II Review
Editor
A
User
A
REVIEW
Gus G Fearless Review
Copyright © 2023 Chalked Up Reviews, All Rights Reserved.