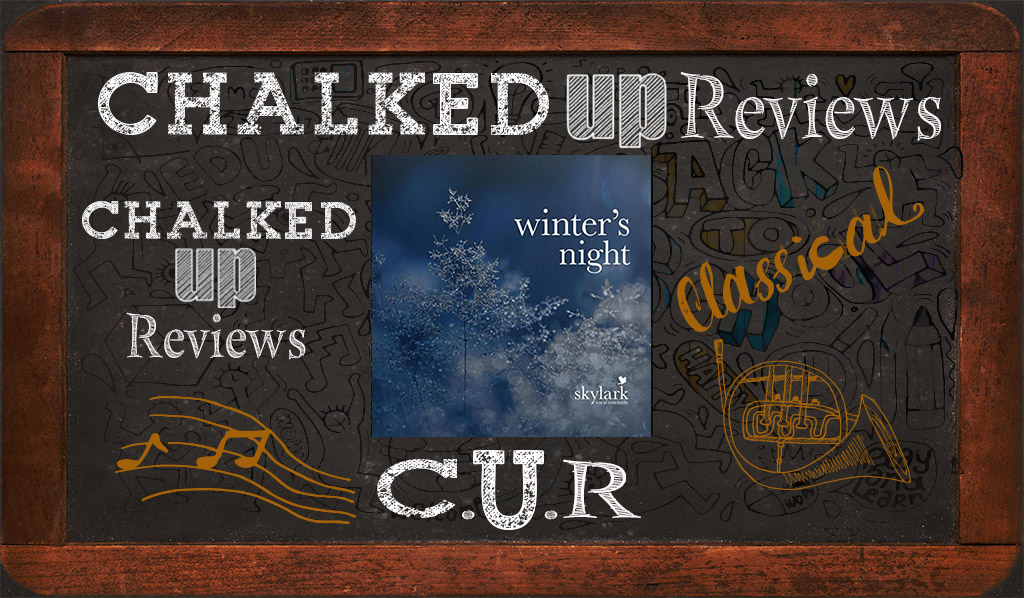 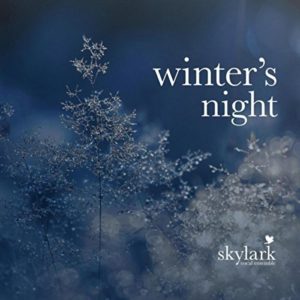 The Skylark vocal ensemble announces their new release, Winter’s Night. After Skylark’s third year of performing an ever-evolving Christmas concerts based around the music of Hugo Distler, their fans urged them to record their unique program. As 2017 marks the 75th anniversary of Distler’s passing, it seemed to be a perfect time to create this recording. Structured around Distler’s seven variations of the hymn Es ist ein Ros Entsprungen (Lo How a Rose E’er Blooming), Winter’s Night is a serenely beautiful album that marks the inaugural recording for the Christmas season. Skylark Vocal Ensemble’s artistic director Matthew Guard did a wonderful job of programming the show that was recorded, resulting in an excellence set of eighteen tracks.

Skylark’s 12 voices create a premier ensemble of leading American vocal soloists, chamber musicians, and music educators. Based in the Boston area, the ensemble strives for the highest standard of repertoire and is a first-class vocal ensemble. Their performance will satisfy even the most discerning ear with their technical superiority and uniformly admirable soloists featured on several selections.

Although the recording is structured around Hugo Distler’s seven variations on the tune Es ist ein Ros entsprungen (Lo, how a rose e’er blooming). It is Guard’s choice of the material around it that is a collection thoughtful and rarely heard gems. Like Gregorio Allegri’s “motet Salvatorem expectamus;” Giovanni Nanino’s “Salve Regina;” Georges Dupuy de Méry’s “Marie berçant l’Enfant Jésus” and well-loved, but not yet overworked Christmas favorites. Further selections are “A Spotless Rose” by Howells; Pierre Villette’s “Hymne à la Vierge;” Peter Warlock’s “Bethlehem Down;” Elizabeth Poston’s “Jesus Christ the Apple Tree.”

Our favorite track is “Die Weihnachtsgeschichte, Op. 10: Es ist ein Ros entsprungen, Var. 3” (feat. Clare McNamara). McNamara’s voice is angelic, the ensemble is seamless in their support of her solo line. The ensembles overall sound is very polished, and the intonation is right on the money. The clarity of the various lines and the use of dynamics are excellent and adds up to a wonderful listen.

Skylark has created a delightful Christmas album; the choice of material and the execution is of the highest caliber. The ensemble’s execution and sound, is top-notch and you will probably find that this album will make the playlist even when Christmas is not the reason, yes, it is that good!  Strongly recommended.

AwardsEditor's Pick
Report Card
C.U.R. Grades
You Grade The Music
Rate Here
Originality
A
—
Execution
A
—
Sound Quality
A-
A+
Direction
A-
A+
Ensemble Sound
A+
—
Vocal Quality
A
A+
Vocal Harmonies
A
—
Art Work
A-
A+
Intonation
A
A+
A
C.U.R. Grades
A+
You Grade The Music
1 rating
You have rated this
What's your reaction?
I Love It
67%
Cool
0%
It's OK
0%
What?
33%
I'm Sad
0%
I Hate It
0%
You might also like
Holiday
Editor
A-
User
A
REVIEW
CeCe Gable Next Year’s Song Review
Editor
A
User
B-
REVIEW
Emilie-Claire Barlow Lumières d’hiver Review
Editor
A-
REVIEW
Carolyn Lee Jones Christmas Time Is Here Review
Editor
A
User
A+
REVIEW
Acute Inflections The Brave Review
Editor
A
User
A+
REVIEW
Martèn LeGrand Holiday Edition Review
Comments
Leave a response