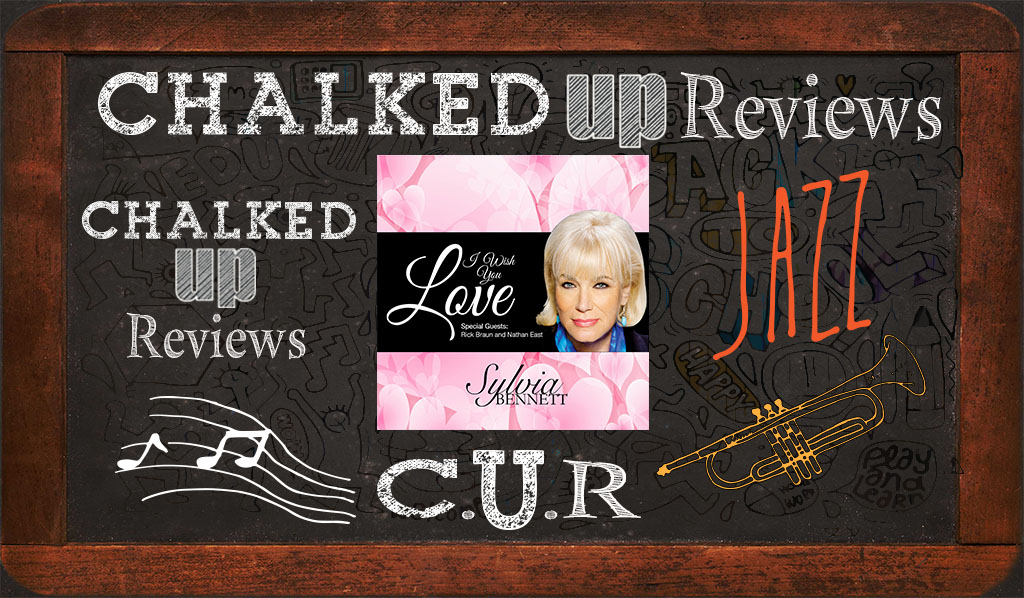 What is in a name, well many things when you speak about Sylvia Bennett. Consummate performer, Grammy winner, played for presidents, was discovered by Lionel Hampton, but beyond all these accomplishments the sum total is still the indomitable talent of vocalist Bennett who has won the ears of countless listeners and still tops the charts to this day with her ever-growing catalog.   Bennett and Lionel Hampton’s first recording project were the Grammy nominated Sentimental Journey. A second project, There Will Never Be Another You, was a CD/DVD tribute she dedicated to her beloved mentor and would be followed by nine more CDs: Songs From the Heart (featuring Boots Randolph, Ed Calle, and Kirk Whalum), It’s Christmas Time, Smile, Sonríe, C’est Si Bon, Best Love Songs, It’s All About Love, For You and I Wish You Love.   It’s All About Love, Sylvia’s first CD of all original music, reached #24 on the 2016 SmoothJazz.com Year End Top 50 Album Chart. In 2017, Sylvia Bennett teamed up with Grammy award winner Paul Brown after their mutual friend and music colleague, Sandy Shore, Founder/President/CEO of Smooth Jazz Global Radio, brought them together.  They recorded a unique and modern rendition of the timeless classic, “Baby, It’s Cold Outside,” at Afterhours Music, in North Miami with Sylvia’s long-time producer, Hal S. Batt.  It reached #18 in the Mediabase Adult Contemporary Holiday Chart, #26 in the Mediabase Adult Contemporary Chart, and #20 on the Billboard Adult Contemporary Indicator Chart.

Bennett’s newest album I Wish You Love is not just a throwback release, it is an era that Bennett has been respectfully connected to in performance since her first recording with Hampton in 1985.  The album navigates through tunes like “Bésame Mucho” (“Kiss me a lot”) a song written in 1940 by Mexican songwriter Consuelo Velázquez. “Moulin Rouge,” also know as “Where is Your Heart” (music: Georges Auric/Lyrics: Bill Engvick), based on the song “It’s April Again” from the 1952 film “Moulin Rouge, “which itself was based on the French song “Le Long De La Seine” and of course the title track “I Wish You Love,” written by Léo Chauliac, with the original lyrics by Charles Trenet, first released by Roland Gerbeau (1943), and titled “Que reste-t-il de nos amours,” and later released by Keely Smith in 1957 on her album titled I Wish You Love.

“La Vie en Rose,” is taken at a wistfully slow pace, each word drips from Bennett’s lips like refined honey. Her delivery is amorous with elongated notes and an enchanting performance. Bennett is a pure vocalist; her style could be described as Haute Couture if we were describing clothing. She is top-shelf and timeless, as each consequential release continues to prove.

It is hard to imagine Bennett getting better with each release, but well into her sixties this songbird, like the clade Passeri is just getting more refined as each year passes. A welcomed listen any time of the year, Bennett has plenty of discography to choose from, and now with the addition of I Wish You Love, there is even more to savor.

I Wish You Love

Out Of Sight Music

Report Card
C.U.R. Grades
You Grade The Music
Rate Here
Originality
B+
A
Sound Quality
A
A+
Production
A
A+
Arrangements
B+
A+
Vocal Quality
A
A+
Vocal Harmonies
A
A+
Art Work
B-
A+
Feel
A-
A+
A-
C.U.R. Grades
A+
You Grade The Music
3 ratings
You have rated this
What's your reaction?
I Love It
100%
Cool
0%
It's OK
0%
What?
0%
I'm Sad
0%
I Hate It
0%
You might also like
Adult Contemporary
Editor
A-
User
A+
REVIEW
Melanie Marod & Chris Wiser Stars Review
Editor
A
User
A-
REVIEW
Review: Carolyn Lee Jones – In A Long White Room
Comments
Leave a response