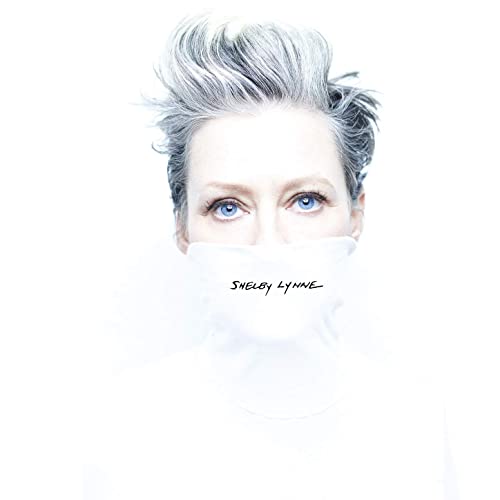 Shelby Lynne is a singer and songwriter from rural Alabama. Her parents stressed individuality, and both shared their love of music with Lynne. The harmonies that came so naturally to her from such an early age stemmed from her mother, a naturally gifted singer, who guided the diamond in the rough talent on rides to school on freezing Alabama mornings with her younger sister Allison. They sang three-part harmonies to pass the time, which brought the threesome so close in life and in music. Lynne picked up the guitar at age seven. Her father showed her a few chords, and by her high school graduation, she already had plans to head to Nashville. Once there, she was offered a record deal by CBS Records, where legendary producer Billy Sherrill came out of semi-retirement to produce her first record. It included a duet with country legend George Jones, who praised Lynne’s ability to “own” a song at such an early age. After five albums in Nashville, Lynne was hungry for a change from the Nashville system and searched for a record producer who wanted to collaborate on a project. She enlisted Bill Bottrell, who had produced for Michael Jackson, Madonna, and had significant success with Sheryl Crow. The resulting album, I Am Shelby Lynne, was recorded on the Northern California coast in 1998. Lynne was awarded the Best New Artist GRAMMY® in 2000 from the success of the album. Never one to go with the crowd, Shelby continues to stand apart from the mainstream music world. She has multiple albums and has started her own record label, Everso Records. Now, Grammy Award-winning singer/songwriter Shelby Lynne returns with Shelby Lynne, her first solo album since 2015.

The origin of Shelby Lynne came from Lynne’s collaboration with lyricist/director/screenwriter Cynthia Mort to film When We Kill The Creators. The film stars Lynne as a deeply conflicted artist struggling at the intersection of art and commerce. Songs “Here I Am,” “Strange Things,” and “Weather” was recorded during the filming, while “Revolving Broken Heart” and “Love is Coming” are featured in both the film and on the album. All of these tracks capture the raw intimacy of Lynne’s performances.

Lynne notes, “These are eleven songs I love and want to share with the world. They were recorded in very different circumstances at various times, but I think they go together. It’s time to not hide behind the game but put your work out as it is.” Lynne sings, plays guitar, bass, drums, keyboards, and even saxophone throughout the release. Added sounds are provided by keyboardists Benmont Tench, Mimi Friedman, Ed Roth, and Billy Mitchell.

“Strange Things” has a soul feel with Lynne laying down impressive electric guitar parts. Her singing is rich and full as her warm vocals brings forth a well-written lyric structure. Although the many instrument parts are not the focus, the multiple components work together to build a full sounding accompaniment. Lynne’s layering of background vocal parts to create a tapestry of harmonies is stunning. She has a gift for that sort of thing. This is a smoky torch song about the power of love.

“Here I Am” is one of the many intimate moments on the album. Recorded during the filming of When We Kill The Creators, the song is just

Lynne and her out-of-tune piano. The power in which she sings the song is beautiful, and her accuracy of pitch is impressive considering the degree in which the piano is out of tune. That is the allure of the track, though, the honesty and the sparseness. Dealing with the push and pull nature of love, Lynne’s lyrics are emotive. Lynne says, “As an artist, I don’t mind being naked. Everything is so fake, so manufactured these days, I want to get real. It’s the only way to communicate these days.” “Here I Am” is perfect in capturing that sentiment.

Shelby Lynne is a collection of eleven songs that capture the raw intimacy of Lynne’s performances and mastery of songwriting. The musical settings and styles give a broad listen to Lynne’s abilities. The beautiful lyrics feature a range of human emotions, and throughout the album, Lynne is both tormented and exposed, but still giving in to the power of love.