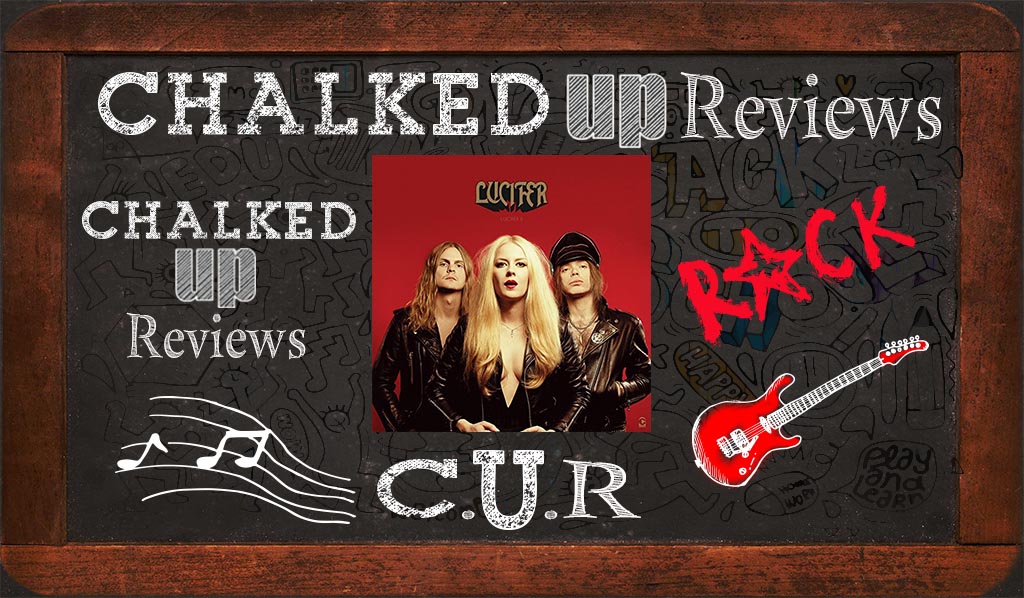 The undying spirit of the ‘70s hard rock era lives on in Lucifer, a band that has ingested that passionate energy of rock and added their musical grit to create new hard rock sound with modern proponents. Lucifer knows and uses the might of the riff, the melody and the insistent groove that only the truly inspired can harness. The brainchild of vocal powerhouse Johanna Sadonis (ex-The Oath), these woozily psychedelic rock’n’roll renegades are poised to return with a brand-new album, Lucifer II, a brand-new sound and a revitalized spirit that promises to propel them all the way to the top.

Formed in Berlin in 2014 in the wake of an abrupt split with her former band, Sadonis, Lucifer was created, with the aim of channeling her love of the dark and bewitching heavy rock of the late ‘60s and ‘70s. Inspired by everyone from Black Sabbath, Deep Purple and Blue Öyster Cult to Steppenwolf, Heart and Fleetwood Mac, Sadonis teamed up with legendary former Cathedral guitarist Gaz Jennings to conjure a sound that owed plenty to her collaborator’s doom metal roots while also tapping into the untamed rambunctiousness of the post-Sabbath set. The result was an eponymous debut album that received widespread praise and media attention: the first fruits, you might say, of a rapidly expanding vision.

Although still recognizable as the band that released Lucifer I in 2015, Lucifer II is a very different beast from its predecessor. A celebratory riot of classic guitar riffing, soaring vocals and countless ingenious psychedelic embellishments, it amounts to a black-hearted paean to the chaotic disintegration of the hippie dream; full of goosebump-inducing dynamics, anthemic choruses and moments of freewheeling acid rock abandon. Veering from instant sing-alongs like the turbo-rumbling opener “California Sun” to the moodier, bluesier strains of “Reaper On Your Heels” and the prog-tinged grandeur and lysergic flair of closing brace “Faux Pharaoh,” it’s the sound of a band that has reached a sublime point of compositional equilibrium.

Recorded in the summer of 2017 at Nicke’s studio The Honk Palace, in Stockholm, Lucifer II was a labor of love that enabled Sadonis and her new musical partner to develop a strong creative bond. With no time to recruit new band members, Nicke performed the drums, bass and half of the guitar parts himself, with lead guitarist Robin Tidebrink eventually adding his distinctive six-string flair to the tracks. Completing the album line-up is Martin Nordin, from the Swedish band Dead Lord, on second lead guitar and Austrian wild beast Alex Mayr on bass. The album was mixed by Swedish producer Ola Ersfjord (Tribulation, Primordial, Dead Lord etc.) at Cuervo Recording Services in Madrid. Once it was finished, the next task was to recruit the right men to perform these explosive new songs live.

Our favorite track is “Dreamer.” Lucifer’s overall band sound is that of a ‘70s hard rock band, but with the added presence of Sadonis’ aggressive rich vocals. The guitars and bass in the intro have just the right amount of break-up to their clean sound to give it the ‘70s 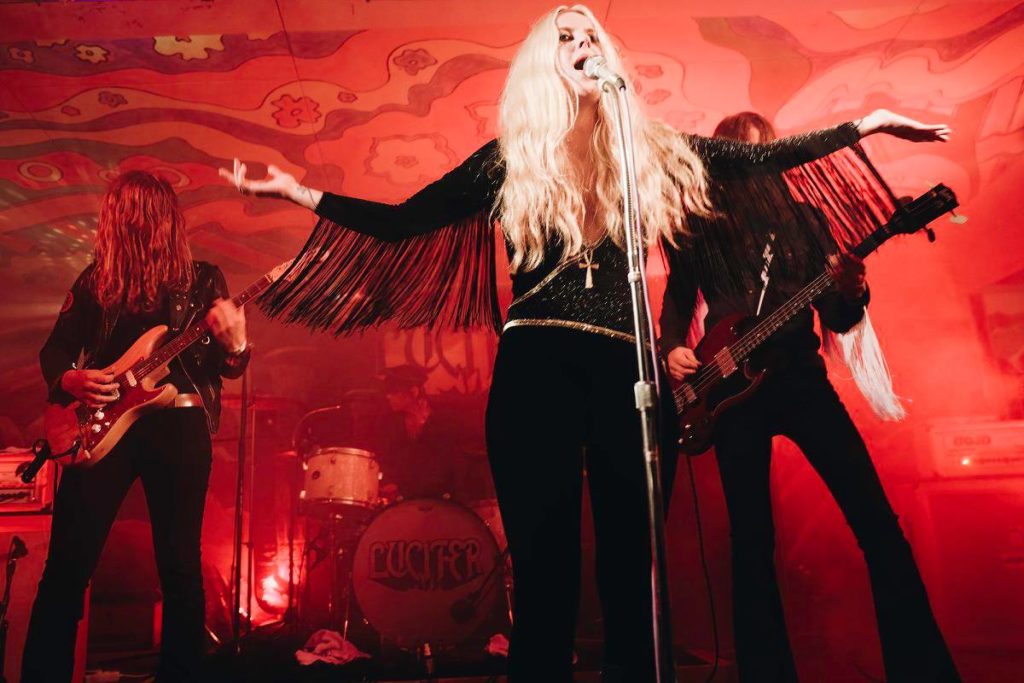 ambiance. The drums hit hard and Sadonis’ full vocals enter. Her singing is passionate and cuts through the wall of sound. The chorus is memorable and the variations of song form is very nice. The lyrics allow the listener to be drawn in and follow the storyline. The guitar work is exceptional, and the solo is melodic and fits the song perfectly. The build up to the solo is pure ‘70s hard rock’n’roll.  If Heart, Led Zepplin, Black Sabath and The Gathering had an illegitimate bastard child, it would certainly be Lucifer and that my friends is a wondrous sound.

With a nod to the heritage of great ‘70s hard rock’n’roll bands, Lucifer is expanding the sound of the music into something unique and extraordinary. Sadonis is an outstanding vocalist/songwriter and this album is very addictive, every song is formidable, and the band’s musicianship is top notch. There is not a pinch hit on this album anywhere, a solid home run.

Report Card
C.U.R. Grades
You Grade The Music
Rate Here
Originality
A-
A-
Execution
A
A+
Sound Quality
A
A+
Songwriting
A
A
Solos
A
A
Band Sound
A
A
Vocal Quality
A+
A+
Art Work
B+
A+
Virtuosity
A
A-
Riffs
A
A
A
C.U.R. Grades
A
You Grade The Music
2 ratings
You have rated this
What's your reaction?
I Love It
100%
Cool
0%
It's OK
0%
What?
0%
I'm Sad
0%
I Hate It
0%
You might also like
Hard RockHard Rock & MetalRock
Editor
A
User
A
REVIEW
Gus G Fearless Review
Editor
A
User
A+
REVIEW
Skarlett Riot, Regenerate is intense!
Comments
Leave a response