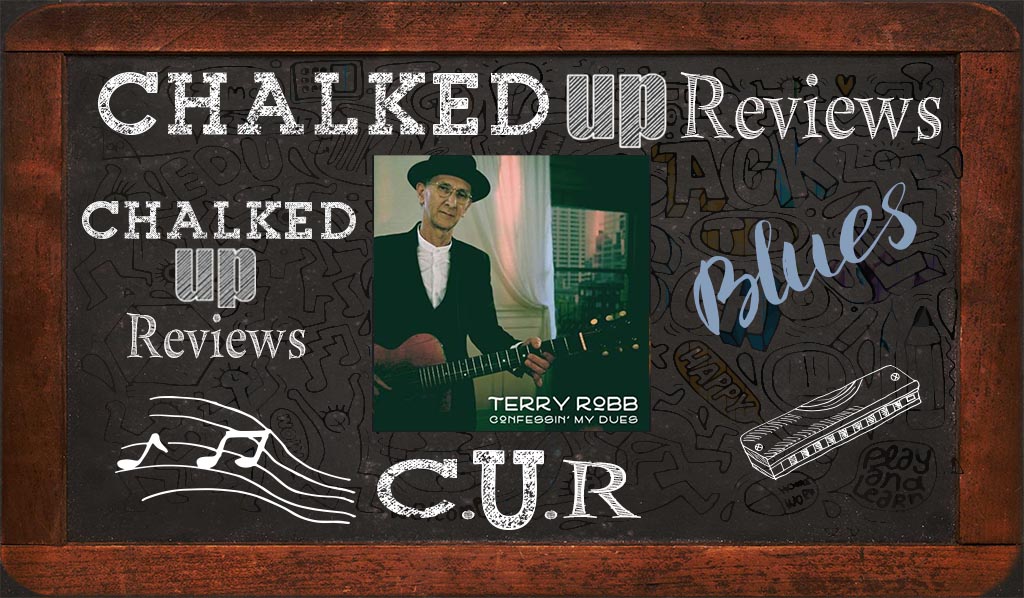 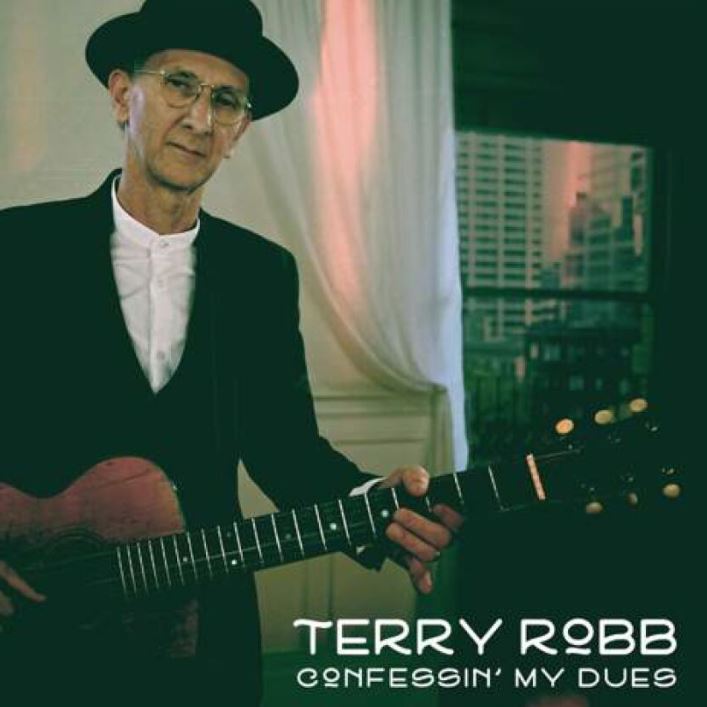 Since 1987 Terry Robb has been steadily releasing discography with a passion towards the delta blues.  Robb is a Canadian fingerstyle guitarist, composer, arranger and record producer now living in the United States. He plays electric and acoustic guitar and is associated with the American Primitive Guitar genre through his collaboration with steel string guitarist John Fahey. He is a member of the Oregon Music Hall of Fame and Cascade Blues Association Hall of Fame and was honored with the eponymous “Terry Robb” Muddy Award for Best Acoustic Guitar in 2011. His original compositions draw on the Delta blues, ragtime, folk music, country music and jazz traditions. His latest album, Confession’ My Dues is a culmination of years of work and the continued pursuit of his craft as a journeyman blues man.

Robb is presenting thirteen tunes, one traditional song and the balance are Robb originals, that showcase the guitarist finger-picking in both instrument and lyrical selections. Robb is joined by drummer Gary Hobbs and stand-up bassist Dave Captein, on five selections with Adam Scramstad (electric rhythm guitar) and Stuart (from NiaSounds on backing vocals) joining him for one track. Heart Made Of Steel” and two tracks on the disc are reworkings from previous albums. “Heart Made Of Steel” and “Darkest Road I’m Told” have appeared on previous Robb releases, but on Confessin’ My Dues, both get new arrangements. This is Robb’s second NiaSounds Label release and it finds Robb sounding as great as ever. His songwriting, guitar performance and singing are all in top form.

Our favorite track is the opening song, a rag titled “Butch Holler Stomp.” It showcases Robb at his best, delivering an awe inspiring solo acoustic finger-style selection that incorporates Delta and Piedmont fingerpicking to create a wall of sound with rhythmic drive.  The clarity 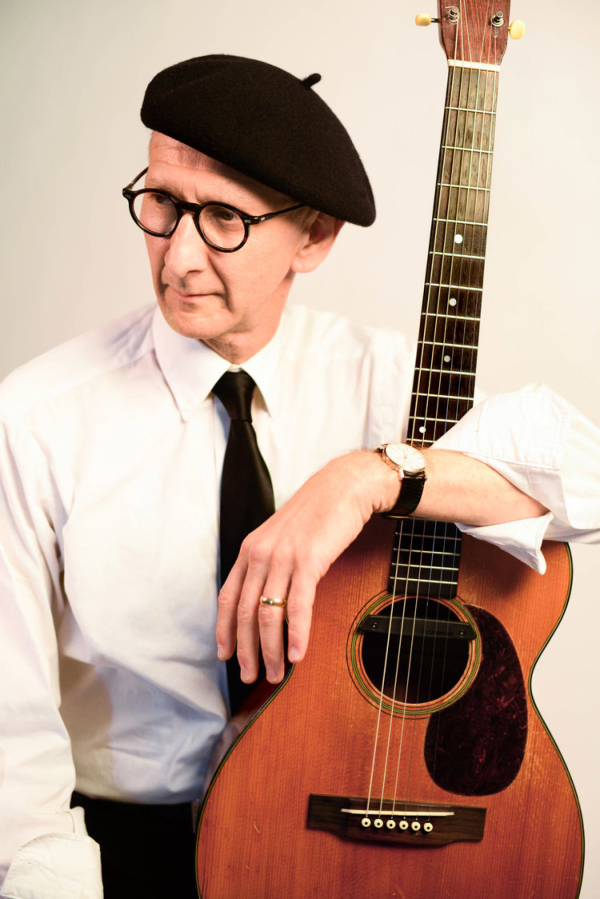 of the bass line, inner voicings and melody is stout. Robb also varies the feel between each section to keep things moving. He incorporates in little percussive effects with his right-hand palm muting and with cleaver hammer-ons and pull-offs with the left-hand. As a solo instrumentalist, Robb is dazzling at the amount of musical sound one man with a guitar can produce with such rhythmic drive and melodic flow. Robb is a treasure to the blues genre with his amazing playing talents and that are heard throughout “Butch Holler Stomp.”

Each tune on Confessin’ My Dues has its own merit.  The glue to each track is not only the solid writing, but the masterful skills of Robb on guitar.  His voice is solid and conveys each tune with character and varied timbre adding interest to the overall album sound.  Robb has bee at this a respectable amount of time, that muster certainly shines its glimmer on his latest offering.  A recommended listen!

Report Card
C.U.R. Grades
You Grade The Music
Rate Here
Originality
A
—
Execution
A
—
Sound Quality
A
—
Songwriting
A
—
Productions
A
—
Vocal Quality
B+
—
Art Work
B
—
Virtuosity
A
—
Feel
A
—
A-
C.U.R. Grades
—
You Grade The Music
You have rated this
What's your reaction?
I Love It
100%
Cool
0%
It's OK
0%
What?
0%
I'm Sad
0%
I Hate It
0%
You might also like
Blues
Editor
A
User
A
REVIEW
Will Jacobs Goldfish Blues Review
Editor
A-
REVIEW
Ellis Mano Band Ambedo Review
Editor
A-
User
B
REVIEW
Scott McKeon New Morning Review
Editor
A
REVIEW
Mick Hayes My Claim to Fame Review
Editor
A-
REVIEW
Albert Cummings Believe Review
Comments
Leave a response