Marianas Trench, I Knew You When Review

Marianas Trench, I Knew You When Review 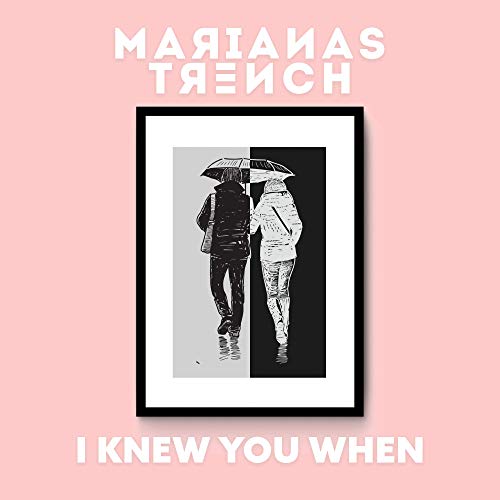 Canadian multi-platinum progressive pop band Marianas Trench is known for their seamless combination of fresh pop-rock beats that blend seamlessly with memorable melodies sung by lead singer, Josh Ramsay. Over the last decade, Marianas Trench has consistently raised the musical bar both in the studio and via their explosive live shows. They have built their name on relentless touring across Canada and globally, headlining tours in the USA, Australia, New Zealand and Europe. Since their 2006 debut, Fix Me, Marianas Trench has two certified, double platinum-selling records (Masterpiece Theatre, Ever After) and two certified gold-selling albums with chart topping hits including “Rhythm Of Your Heart,” “Haven’t Had Enough,” and “Who Do You Love.” Along with double platinum and gold digital singles, the band has also garnered multiple SOCAN and MMVA Awards, number 1 videos on MuchMusic, JUNO Award nominations and won the 2013 JUNO Award for Group of the Year. Ramsay also received a GRAMMY nomination in 2013 for co-writing and producing Carly Rae Jepsen’s international breakthrough smash and certified US diamond selling single “Call Me Maybe.”

Marianas Trench is releasing a music video for their single “I Knew You When,” which was released on November 16, 2018. Ramsay describes the track, “This is about long term, messy, real life love. Love with consequence. Not about drunken lust, or doing shots in a bar, or ‘living life for just tonight, but the kind of real-life relationship that takes a decade to build, through ups and downs. If I’ve learned one thing in my life as a performer it’s this; if you’re going to sing a song every night for the rest of your career, you better mean it – and I do.” The band consists of members Josh Ramsay (lead vocalist, rhythm guitarist, pianist, songwriter, and occasional drummer), Matt Webb (lead guitarist and backing vocalist), Mike Ayley (bass guitarist and backing vocalist), and Ian Casselman (drummer, percussionist, and backing vocalist). The track is being released on 604 Records, the production company of Nickelback singer Chad Kroeger and attorney Jonathan Simkin (Founder of Simkin Artist Management).

What caught our ear about “I Knew You When” is the songwriting and Ramsay’s powerful vocal style. Starting with clean guitar and Ramsay’s warm voice, it allows the band to layer in and build the energy. The pre-chorus is catchy, and the chorus explodes to an epic sound. The feel is pop-rock with clear and balanced production. Ramsay’s voice is never lost or not the focus. The synths are full and move the music along as does Webb’s guitar. The vocal harmonies are an integral part of Marianas Trench sound. The climax though is the ending chorus, here Ramsay does multiple fills that are impressive and builds the track beautifully.

It’s easy to see why Marianas Trench has achieved the successes they have garnered so far. Still churning out great tunes with heavy hooks

and songs that linger long past the listen.  Easy on the ears, catchy and memorable, all a recipe to keep listeners coming back for more.  The band recently announced their 2019 Suspending Gravity U.S. tour. The 23-date tour will be held at venues that will give the fans more of an up-close-and personal live experience. They will be showcasing material from their forthcoming studio album Phantoms in addition to hits from their previous double platinum and gold-selling albums.  2019 is already shaping up to be a momentous year and Marianas Trench will be leading the pack.

I Knew You When