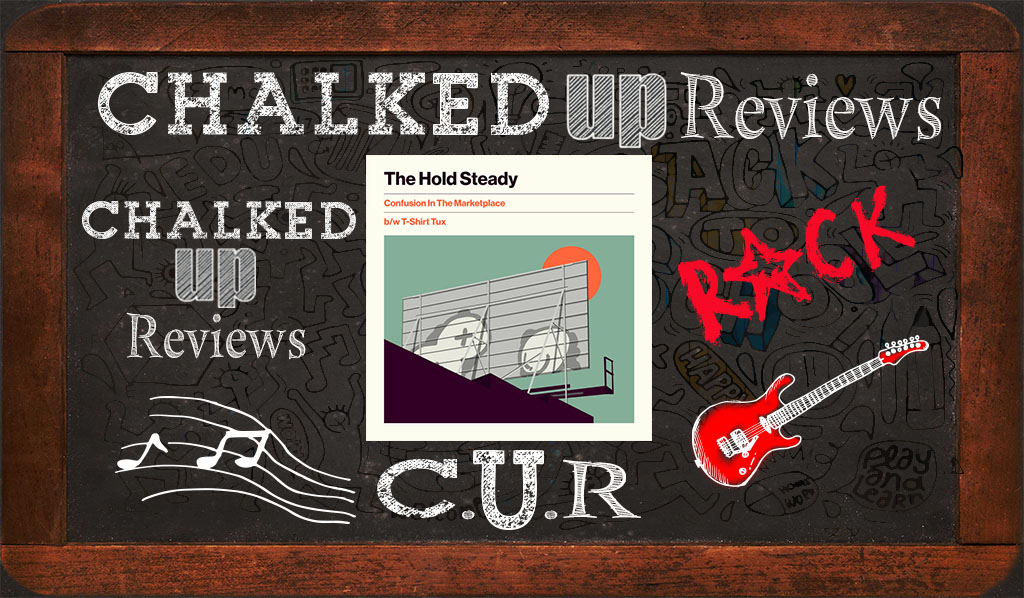 Clever lyrics with catchy guitar hooks and steady rock beats alive, The Hold Steady continues to bring us the kind of rock that tells a story. The Brooklyn, New York, band consists of: Bobby Drake (drums), Craig Finn (vocals), Tad Kubler (guitar, vocals), Franz Nicolay (keyboards), Galen Polivka (bass), and Steve Selvidge (guitar, vocals). The Hold Steady has gained an enthusiastic following based on their songwriting craft and bar-rock sound. Since expanding its lineup to six-pieces, the band has been performing three-night residencies in various cities. In support of the residencies, the band has been releasing singles. In 2017, to coincide with the Massive Nights residency, the band released two new songs, “Entitlement Crew” and “Snake in the Shower,” followed by, “Eureka” and “Esther,” from the same recording sessions to support the Boys & Girls residency in London. The Hold Steady are set to perform their residence in Toronto, Canada for a four-night stand at The Horseshoe Tavern. Releasing two songs in support of the residency, The Hold Steady have released: “Confusion in the Marketplace” and “T-Shirt Tux.”

“Confusion in the Marketplace” and “T-Shirt Tux” were recorded in May at The Isokon in Woodstock NY. These were the same sessions where the six members recorded “The Stove & The Toaster” and “Star 18.” Josh Kaufman produced, and Dan Goodwin engineered and mixed the tracks. The Hold Steady kicks off its “Constructive Summer” series of shows to a sold-out STAY POSITIVE anniversary show at White Eagle Hall in Jersey City, NJ, on July 25, and then moves onto Philadelphia/Asbury Park, San Francisco and Toronto is the third stop, with shows starting on Wednesday September 12. If you choose to download these two songs, a donation will be made to benefit the K+L Guardian Foundation. ALL monies received from downloads will be transferred to the K+L Guardian Foundation. The K+L Guardian Foundation was formed to benefit “Jersey” Mike Van Jura’s children after he suddenly passed away in November 2012 at only 36 years of age. Jersey Mike was the unofficial leader of The Unified Scene.

Our favorite track is “T-Shirt Tux.” Starting things off on a good foot is the guitar hook, which is catchy and full of signature character and just 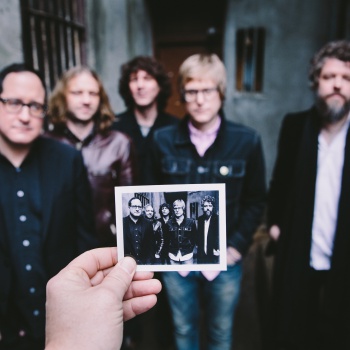 enough edge to let you know this is rock. The lyrics and melody are a perfect fit to the feel and appeal of the song. The horns add a nice dimension of sounds as does the organ. The open feel for the bridge lets the song breath and gives the original feel a more impactful entrance. There are interesting horn line variations for the second verse and chorus and the form of the song offers a catchy guitar and piano interlude to introduce a new variation for the verse. The lyrics are excellent and sung with heart. Its honest to goodness great songwriting, playing and singing and it works.

There is something noble about the way The Hold Steady sells their music, that honesty and heartfelt notion carries through to their music. At its core its music you want to hear, its rock done right and it lingers long after the listen, this is the key ingredient to keeping your fan base happy and The Hold Steady gets it and delivers, probably why their fan base keeps growing exponentially as it has over the past several years.  Highly recommended.