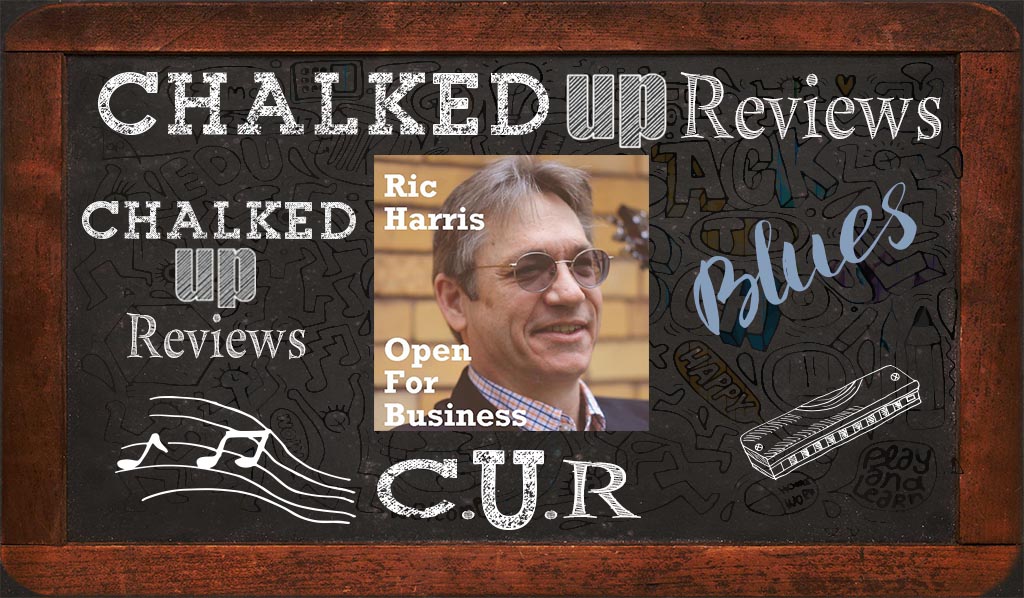 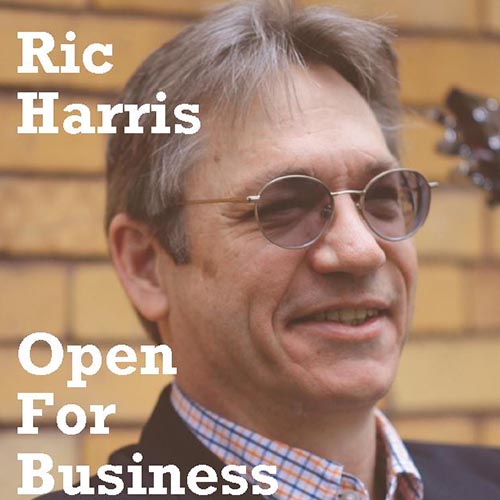 An article in Guitar Player magazine about the Old Town School of Folk Music inspired Ric Harris to leave North Carolina and make his way to Chicago. A few months later, he caught Ira Sullivan and Joe Diorio at the Jazz Showcase and moved to Los Angeles to attend the Guitar Institute of Technology. After returning to Chicago, Harris formed his own jazz group and appeared in the area until 1991, at which time he retired to raise his children. Harris has returned to the music scene with a new vision, after adding slide guitar to his arsenal, the jam sessions around Chicago, such as Rosa’s and Buddy Guy’s Legends, have helped Harris to redevelop his playing.  Harris is joined by rhythm guitarist Zack Avery, drummer Marty Binder, harmonicist Ray Cumpian, vocalist Gwen Klemenz, keyboardist Steve Kostakes, and bassist Harlan Terson all based in Chicago.

Harris’ love of the blues led him to produce his debut blues album titled Open For Business that focuses on Harris adept guitar playing and compositions.  On his blues debut Harris explores vocals unlike his previous jazz releases. With harmonies and arrangements that focus on the band’s strong suits, the songs use more than the soloist to capture the attention of the listeners. Harris’ compositional style utilizes his jazz background of improvisation, but the sound is all Southern Rock-Blues influenced.

Our favorite track is “Open For Business.” Harris lends his catchy guitar skills to this track. Set to a up-tempo shuffle feel, the band digs in and makes it feel good. Harris’ vocals are raspy and weathered as he sings the bluesman’s story of women and relationships. Kastakes take a building piano solo as the rhythm section keeps the feel pumping with a hip rhythmic figure that adds interest. The band does not try and reinvent the wheel here, they just dig in and create a solid blues sound that is melodic and fun. Harris’ guitar tone is warm and crunchy as he builds his solo lines with quick lines and emotional bends. The ending chorus has nice guitar fills and the ending is a recap of the intro, book-ending this tune with style and a band sound that is cohesive and rich.

Harris is back and focusing where his heart is, his experiences in other genres add up to a seasoned listen that brings a maturity of performances and in life experience into his lyrics and melodies. Joined by a band of Chicagoans that also lend to the particularly tasty sound Harris is onto something very special with his original tunes.  Not to mention his facility on guitar, his solo ideas are stacked with solid rhythm and creatively complex ideas with sheer musicality.  Welcome back Ric Harris, the blues salutes you.

Report Card
C.U.R. Grades
You Grade The Music
Rate Here
Originality
B+
A+
Execution
A
A+
Sound Quality
A
A+
Songwriting
A
A+
Solos
A
A+
Band Sound
A
A+
Vocal Quality
A-
A+
Art Work
B-
A+
Virtuosity
A
A+
Feel
A
A+
A-
C.U.R. Grades
A+
You Grade The Music
2 ratings
You have rated this
What's your reaction?
I Love It
50%
Cool
50%
It's OK
0%
What?
0%
I'm Sad
0%
I Hate It
0%
You might also like
Blues
Editor
A
User
A
REVIEW
Will Jacobs Goldfish Blues Review
Editor
A-
REVIEW
Ellis Mano Band Ambedo Review
Editor
A-
User
B
REVIEW
Scott McKeon New Morning Review
Editor
A
REVIEW
Mick Hayes My Claim to Fame Review
Editor
A-
REVIEW
Albert Cummings Believe Review
Comments
Leave a response