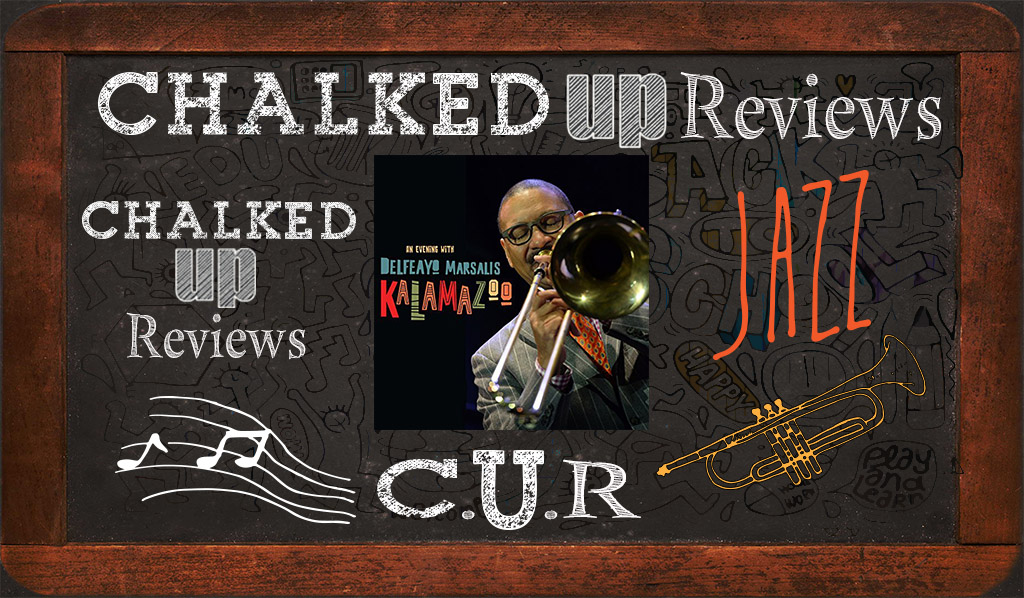 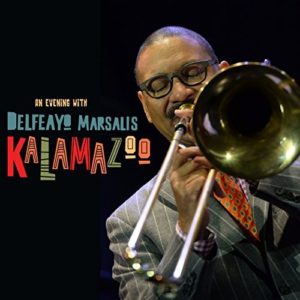 While a gifted trombonist, Delfeayo has recorded relatively few albums and is both more prolific and better known for his work as a producer of acoustic jazz recordings. Along with Tonight Show engineer Patrick Smith, Delfeayo coined a phrase that was primarily responsible for the shift in many jazz recordings from rock and roll production to the resurgence of acoustic recording. “To obtain more wood sound from the bass, this album recorded without usage of the dreadedbass direct” first appeared on brother Branford’s Renaissance (Columbia, 1987), and became the single sentence to define the recorded quality of many acoustic jazz recordings since the late 1980s. Trombonist Delfeayo Marsalis offers us his first live album, Kalamazoo, which was recorded in April of 2015, in the midst of a mini-tour supporting, The Last Southern Gentleman (Troubadour Jass, 2014).

The fourth concert of a seven-date series at the Dalton Center Recital Hall at Western Michigan University was the setting.  The band consists of pianist Ellis Marsalis, bassist Reginald Veal, and drummer Ralph Peterson. The band performed for a children’s concert in the morning and then came back to deliver the main set. Delfeayo’s playing is as one would expect from his studio album, he adds in plunger effects and throughout the set, keeps things clear and swinging. To round the program out, Delfeayo invites two WMU students to join the band on “Blue Kalamazoo,” vocalist Christian O’Neill Diaz and drummer Madison George.

Our favorite track was “Autumn Leaves.”  While we realize this tune has been performed ad infinitum, there’s a certain magic that we hear in the rhythm section of Veal and Peterson, that seems to elevate Delfeayo’s playing. Clean trombone playing with great tone is what this tune is all about, and Delfeayo delivers just that, while swinging hard. Hearing Delfeayo deliver lyrical lines with an occasional gliss into notes for added effect is the highlight of his solo. We enjoyed Delfeayo’s motif development and use of blue notes. Ellis quotes Miles Davis’ intro to the song at the end of his solo, which Veal picks up on and develops, very nice and the crowd obviously enjoyed that too. 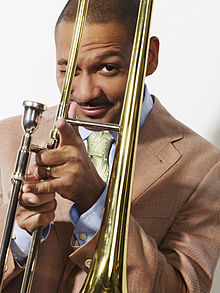 Kalamazoo is glimpse into the sound and spirit in which Delfeayo plays during a live event. The band obviously all speak the same era and jazz vocabulary in a manner that is full of interaction and soul. Delfeayo continues to release consistent and enjoyable releases that build on the great jazz trombone tradition.