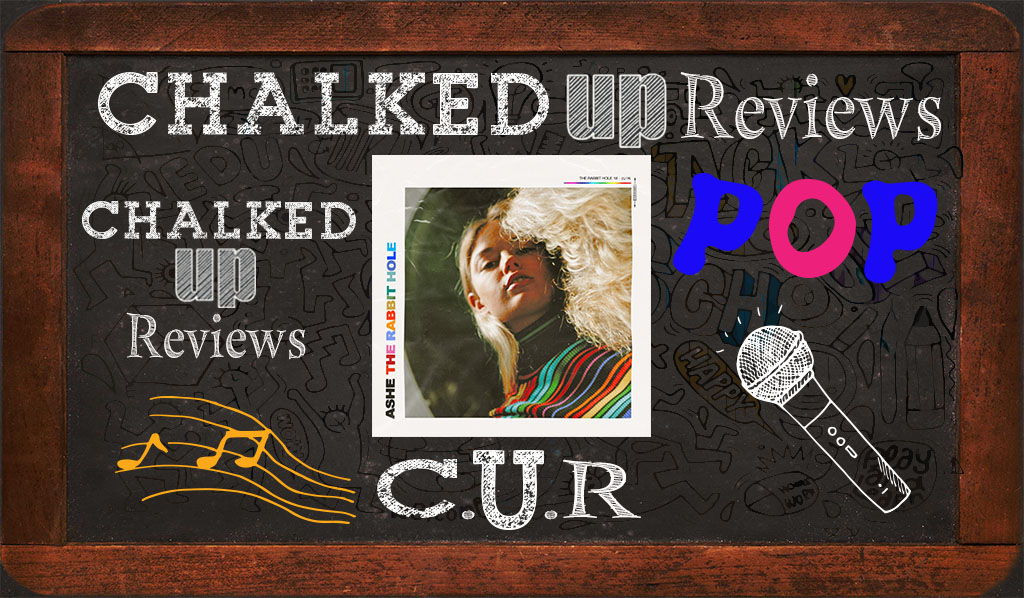 Vocalist and songwriter Ashe (Ashlyn Willson) has released her debut EP The Rabbit Hole, available on Mom + Pop. Ashe originally garnered her international exposure as a songwriter and jazz vocalist from the world renowned Berklee College of Music in Boston. She has collaborated with Louis The Child on “World on Fire” and “Right To It” and toured with the Chainsmokers, Lauv, Shaun Frank, Louis The Child, and Whethan, including performing with Big Gigantic at last year’s Coachella. She has co-written with established writers, including: Emily Shackelton and emerging talents Cali Rodi, Kristina Kidd, and Emily Haber. Willson’s technical know-how and ability to produce tracks during a songwriting session made her an in-demand talent as a songwriter. Ashe now steps into the spotlight with The Rabbit Hole.

A colorful trip that seamlessly blends catchy, modern sonics with elements of psychedelia, The Rabbit Hole serves up seven songs from Ashe’s impressive catalogue. Her lyrics are powerful, and she is not afraid to tackle topics such as the human condition, escapism, existentialism and love, The Rabbit Hole encourages listeners to embrace their weird, authentic selves through its very own brand of psych-pop. The Rabbit Hole‘s release follows the end of a successful national tour with Lewis Capaldi and the recent release of the single “Choirs,” off The Rabbit Hole album, which saw Ashe break 200 million total streams across all of her songs to date. With nine Hype Machine #1s to her name and tracks that have charted in the Top 10 of the Spotify

Our favorite track is “Choirs.” From the start Ashe shows her production savvy with vocal harmonies, full synth voicings and plucked string sounds. Over a moving beat, Ashe brings us into her world with her warm and rhythmically articulate singing. Her lyrics are witty and the accompaniment around her is interesting and full of surprises, check out the whistles! Her jazz big band classes certainly paid off with those hip vocal voicings in the chorus. There are plenty of layering of instrumental parts as the song progresses, keeping things fresh and building the relaxed interlude at the end is a nice touch. Ashe’s songwriting is fresh, and her singing is noteworthy.

Though Ashe’s album cover sports a distinctly early seventies vibe, with moments of psychedelia cajole.  Her music is firmly millennial and fresh. With hook laden tunes, and writing that doesn’t sell the album short, Ashe is a full throttle artist clearly in the driver seat of her own career.

Report Card
C.U.R. Grades
You Grade The Music
Rate Here
Originality
A
A
Sound Quality
A
—
Production
A
—
Songwriting
A-
A
Vocal Quality
A
A+
Vocal Harmonies
A
A+
Art Work
B-
—
Intonation
A
A
Feel
A-
—
Melodies
A
—
A-
C.U.R. Grades
A
You Grade The Music
1 rating
You have rated this
What's your reaction?
I Love It
67%
Cool
33%
It's OK
0%
What?
0%
I'm Sad
0%
I Hate It
0%
You might also like
Pop
Editor
A
REVIEW
Rhys Lewis Corner Of The Sky Review
Editor
B+
REVIEW
Olly Murs Marry Me Review
Editor
A-
User
A+
REVIEW
Zella Day Sunday In Heaven Review
Editor
A-
REVIEW
Lauv All 4 Nothing Review
Editor
B+
REVIEW
Francisco Martin hate you to love myself Review
Comments
Leave a response