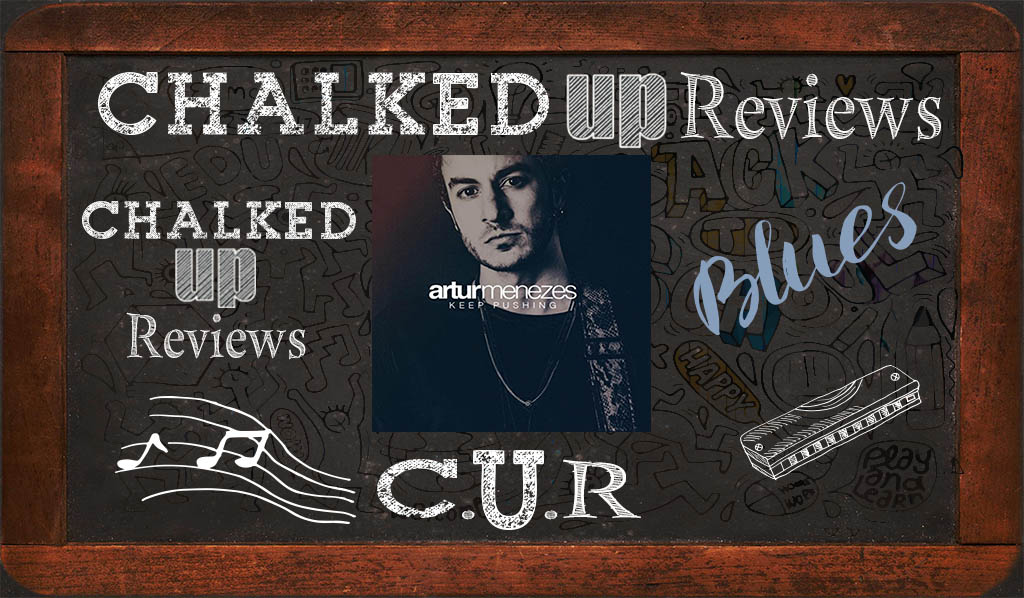 Brazilian guitarist and vocalist Artur Menezes is bringing the blues home. His is the winner of the “Albert King Award” for Best Guitarist and 3rd place in the Band Category at the International Blues Challenge 2018. Menezes applies his energetic guitar playing to traditional blues with expertise and respect, but also plays modern blues with equal feeling and fluidity. Recently, Menezes shared the stage with Joe Satriani on a festival held in Brazil for 20 thousand people, he also has opened for the Grammy winner Bobby Rush in LA. Two years ago, when he was still living in Brazil, Artur was the headline of numerous festivals. In 2014, he headlined Augustibluus Festival in Estonia and played in clubs in the UK. In 2015, he toured in Mexico and in 2013 in Argentina. In 2012, Artur played the opening shows for Buddy Guy’s South American tour in Brazil. Artur lived in Chicago in 2006, 2007 and 2011, jamming in many blues clubs with great artists. That’s where he met and played with Buddy Guy in his club (Buddy Guy’s Legends). Concerned about disseminating and expanding access to blues in Brazil, Artur was one of the founders of the society “Casa do Blues” (House of Blues), which promotes weekly shows with free entrance, remaining on the board of the project until early 2013. Menezes is now releasing his fourth album, Keep Pushing that further expands his sonic pallet and command of the blues language.

Keep Pushing is produced by Josh Smith and contains a wide-ranging mix of styles. Menezes wrote all ten tracks that highlight his excellent guitar playing and his vocal ability. The bands versatility to convincingly play Chicago Blues to rock/blues gives the album a nice flow and keeps each song interesting and flowing. Menezes’ guitar playing is a beautiful mix of elements from both contemporary blues and modern rock with a strong foothold in traditional blues forms, phrasing and rhythms. The songs are well written, and the playing has a an air of spontaneity to it that makes for an exciting listen.

Our favorite track is “Should Have Never Left.” Taking its time to build to a medium tempo feel with Menezes’ sweet guitar feels, the vocals enter with passion and heart. Menezes’ songwriting is solid, with good lyrics and a catchy melody. The horns are a nice addition and the B3 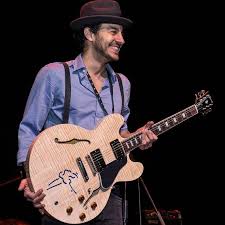 gives an agreeable full sound. The band is airtight as Menezes’ guitar solo brings us an invitation to enjoy modern fluidity with the classic blues vocabulary. Menezes’ vocals have just enough rasp to make it real, but most certainly lots of heart with a good buoyancy of time feel.

Keep Pushing has all the elements of a great blues album, a full horn section, a tight, tight band, full-bodied vocals, and delightful guitar chops. Going from rock/blues to blues shuffles to pushing an up-tempo Rockabilly styled selection, each song has a certain energy to it. Menezes has accomplished quite a stronghold in the blues genre, after one listen its easy to see why.

Report Card
C.U.R. Grades
You Grade The Music
Rate Here
Originality
A-
B-
Execution
A
A+
Sound Quality
A
A
Songwriting
A
A-
Solos
A+
A+
Band Sound
A
A-
Vocal Quality
A-
A-
Art Work
B-
B+
Virtuosity
A
A
Groove
A
A
A
C.U.R. Grades
A-
You Grade The Music
7 ratings
You have rated this
What's your reaction?
I Love It
90%
Cool
10%
It's OK
0%
What?
0%
I'm Sad
0%
I Hate It
0%
You might also like
Blues
Editor
A
User
A
REVIEW
Will Jacobs Goldfish Blues Review
Editor
A-
REVIEW
Ellis Mano Band Ambedo Review
Editor
A-
User
B
REVIEW
Scott McKeon New Morning Review
Editor
A
REVIEW
Mick Hayes My Claim to Fame Review
Editor
A-
REVIEW
Albert Cummings Believe Review
Comments
Leave a response