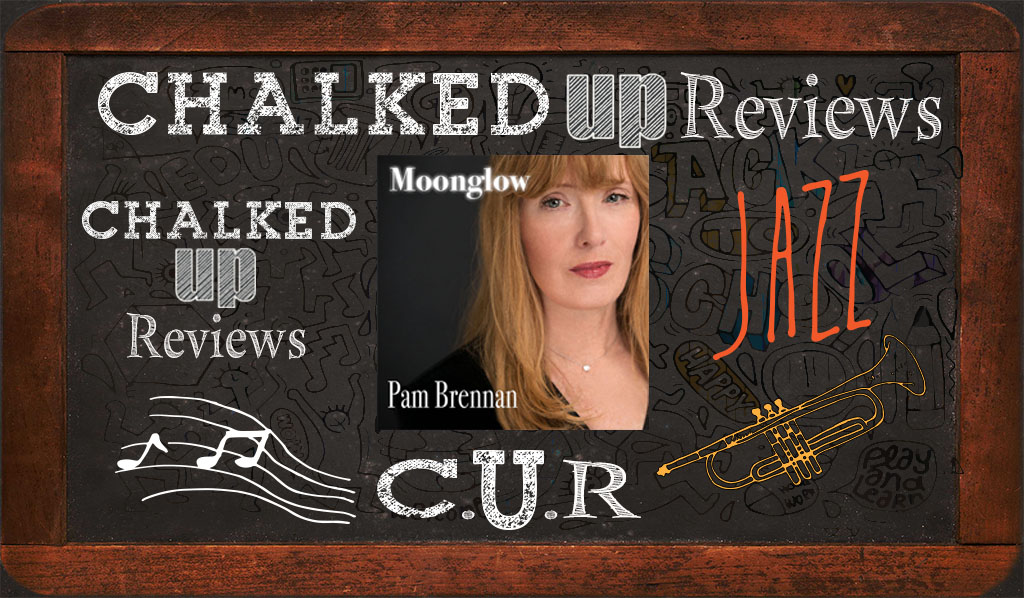 Pam Brennan grew up supported by parents who loved music, both talented Lindy dancers, Benny Goodman, Louis Armstrong, and Frank Sinatra filled the home, giving Brennan a taste and love for the classic jazz tunes.  Her career in singing did not begin though with jazz.  Like any young person gravitating towards popular tunes of her generation, the British invasion was top priority.  Through the years she sang different genres of music –  Country, Folk, Pop and Rock. She even had the good fortune to work with the late, great, Richie Havens.  It was when Brennan took her first professional singing gig in Japan, she had the opportunity to rekindle her roots in music with a love affair of the American Standards she so fondly grew up on.

Fast forward many years later, and Brennan is out with her love letter to the Great American songbook entitled Moonglow.  An eleven-song album that features some of the most well-covered and well-known standards of the modern era.  What is so richly offered is the best of what standards stand for. Love, romance, and dreams fulfilled. Ballads that soar on “gossamer wings,” but most importantly tunes, that swing, swing, swing.

Our favorite track is “All of You.” Bassist Tom Kirchmer sets the tone with his warm woody acoustic bass sound, his walking line leads to Brennan’s vocal entrance. Her vocal style is clear, and her rhythm is in the pocket on this well know melody. Brennan’s control across her

range is demonstrated in this melody, and throughout it is full and bursting with emotion. Guitarist Ron Affif takes a fine solo, with just a hint of blues. Ken Ascher’s piano solo is energetic and has nice chordal movement. Brennan’s vocals enter for the last statement of the melody and she again dazzles with her variations and inflections. As jazz lovers we all like new fresh arrangements of our favorite standards, but Brennan reminds us that well performed versions, done with heart and control in a traditional format can be just as satisfy. Thanks for reminder!

Brennan has an earthy sound to her voice, it is a welcomed pairing with the standards, which are amply represented on Moonglow.  Her natural unaffected approach is refreshingly heartfelt, which is timely in itself. There are not many vocalists out there anymore singing the standards in a standard format with respect for the writers original intent, so that in itself makes this a novel idea.  Refreshingly enjoyable playing and singing all around.