Michael Dease Give It All You Got Review

Michael Dease Give It All You Got Review

Dease is releasing Give It All You Got on the Posi-Tone label for his next addition to his catalog as a leader. Also 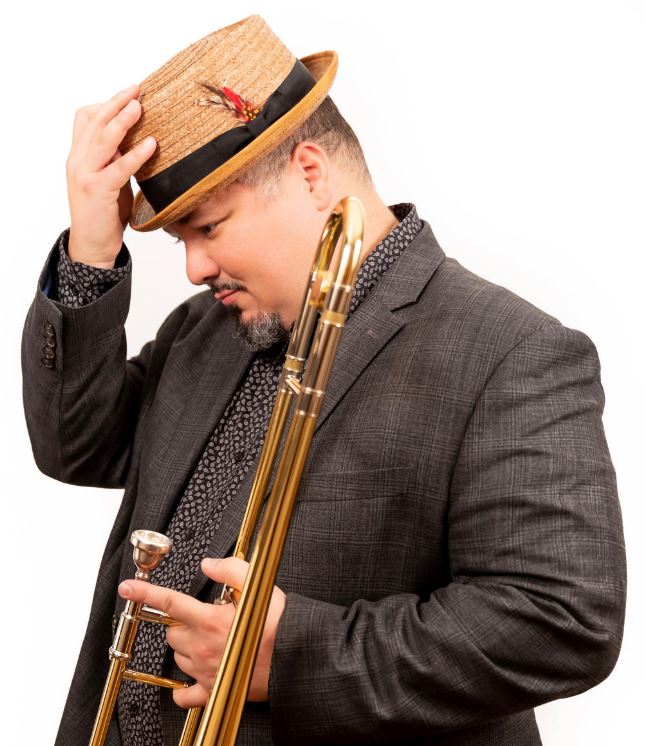 appearing on the album is Jim Alfredson on organ, Greg Tardy on saxophone, Anthony Stanco on trumpet, Gwendolyn Dease on percussion, and Ulysses Owens Jr. on drums. Special guest appearances include saxophonist Sharel Cassity and guitarist Randy Napoleon. The ten tracks are seamlessly woven across a broad spectrum of styles and sounds! Critical ears and casual listeners will be delighted as Dease continues to entertain and amaze while walking the talk of his charitable message to “Give It All You Got.”

“Climb The Mountain” opens with Alfredson performing a bluesy, gospel introduction to the horns entrance. The swing feel is marked at an easy, medium tempo marking, giving each soloist a chance to push and pull with rhythmic freedom. Dease’s tone is stunningly balanced, warm, and full-bodied; that sound he produces is exceptional indeed. Stanco’s trumpet solo is an excellent melodic statement. Both Tardy and Alfredson deliver a stirring set of choruses that will entertain.

“Transylvania County Funk Parade” opens with a drum figure to set up the funky jazz feel for the melody. Gwendolyn Dease (Michael’s wife) adds fullness with her congas. Dease’s solo is playful and flows with an energy that is balanced and controlled as he effortlessly navigates his slide through the changes. Dease has the rare ability to balance technical lines with catchy motifs, giving his solos beautiful shapes. Alfredson’s solo pushes forward as the track progresses back to the head.

Give It All You Got is superbly delivered by all the players and features Dease’s lovely presentation and a marvelous tone throughout. The musicianship here is stunning as the crew digs in when necessary and relaxes when called for. Overall, the session is outstanding and follows a similar structure to Dease’s past recordings as a leader and makes each track have lots of animation for the avid jazz fan.

Give It All You Got