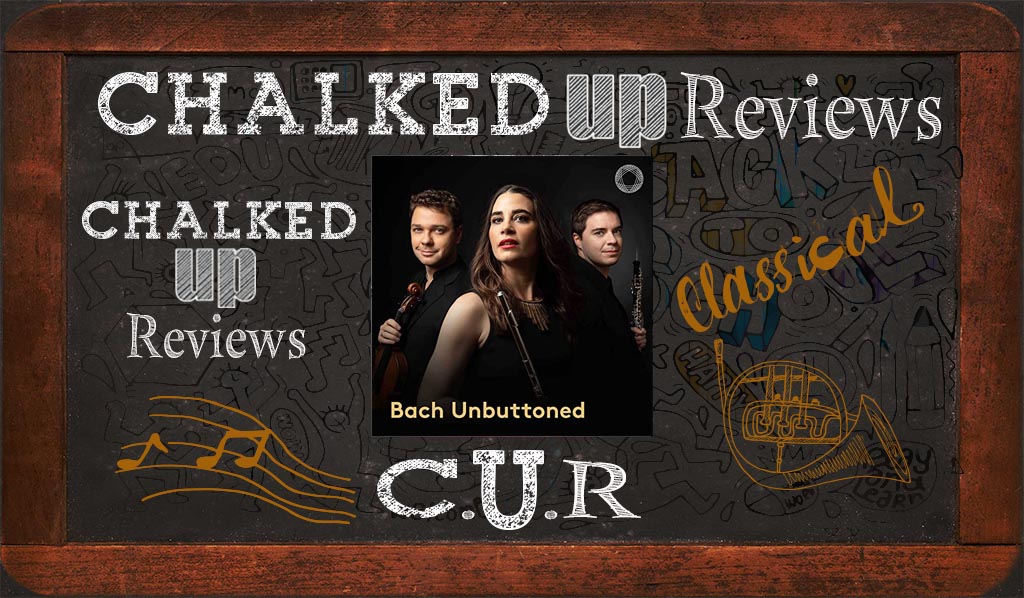 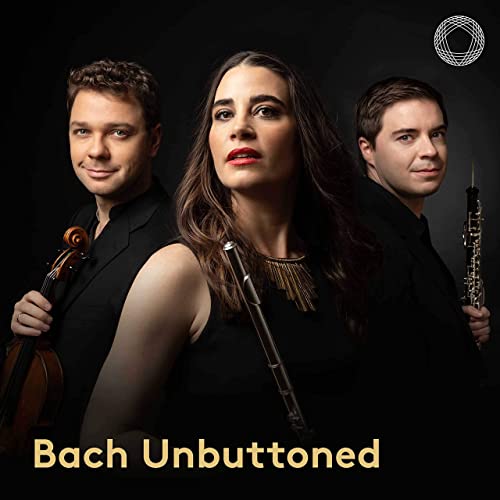 Ana de la Vega is one of her generation’s leading flutists and has performed extensively worldwide as a soloist and chamber musician. Her premiere of Mysliveček’s lost flute concerto with the English Chamber Orchestra was broadcast live on BBC Radio 3, made Critics’ Choice in London TimeOut, and received rave reviews in BBC Magazine, Gig Magazine, and the Daily Telegraph. Having discovered numerous lost works for flute, she is a pioneer in expanding the flute repertoire. De la Vega is the founder and artistic director of the London International Players, a dynamic London ensemble that brings together the finest musicians. On the wings of her dynamism, they have already in their first season performed in Europe’s greatest halls to high regard, making headlines in the UK and abroad with their ‘explosive and ‘dazzling’ performances (World Of Classical Music, Wigmore Hall review). 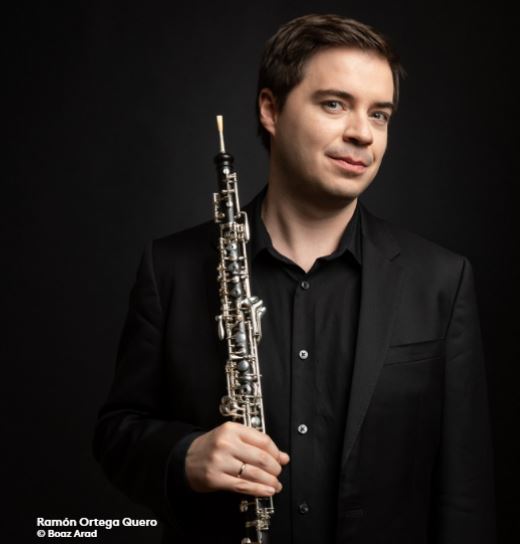 inspiring musicians of his generation. He received his training from Miguel Quirós early on at the conservatory of his native city of Granada. In 2003, he was invited by Daniel Barenboim to join the East-West Divan Orchestra and soon after was introduced to Prof. Gregor Witt, with whom he studied for four years. He went on to win First Prize at the ARD Music Competition held in Munich in September 2007 and in the 2010/11 season was nominated a “Rising Star” by the European Concert Hall Organisation. Quero has been Principal Oboist of the Bavarian Radio Symphony Orchestra since 2008, under its Principal Conductor Mariss Jansons. He also works with Riccardo Muti, Herbert Blomstedt, Sir Colin Davies, John Eliot Gardiner, Daniel Barenboim, Nikolaus Harnoncourt, Bernhard Haitink and Sir Simon Rattle. His debut CD, Shadows for Solo Musica, released in October 2010, was awarded the ECHO KLASSIK as “Newcomer of the Year.” In October 2012, he won his second ECHO Klassik award in collaboration with Sebastian Manz, Marc Trenel, David Alonso Fernandez, and Herbert Schuch for the “Chamber Music recording of the year.” In the same year, he released The Romantic Oboist with pianist Kateryna Titova on the Genuine label. His most recent releases include Variation 5 for Berlin Classics in 2018 and a disc of Haydn & Stamitz for Pentatone in 2020. 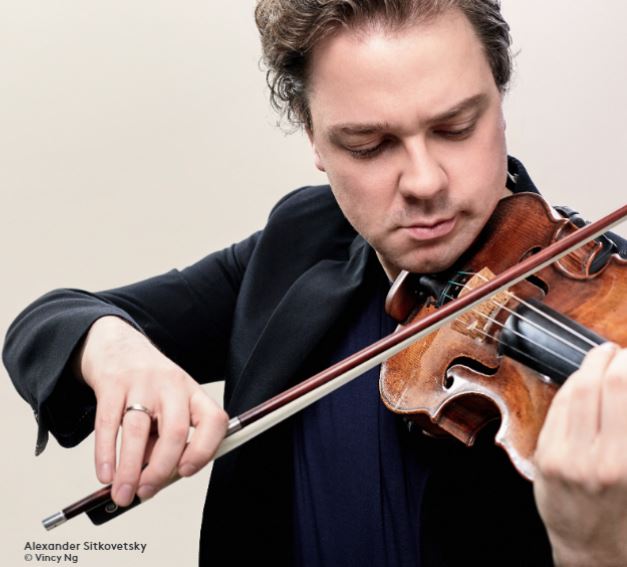 Alexander Sitkovetsky comes from a well-established musical family in Moscow. His concerto debut came at the age of eight, and in the same year, he moved to the UK to study at the Menuhin School. Lord Menuhin was his inspiration throughout his school years, and they performed together on several occasions. His critically acclaimed CPO recording of Andrzej Panufnik’s Violin Concerto with the Konzerthaus Orchester Berlin commemorating the composer’s 100th birthday won an ICMA Special Achievement Award. His most recent recording with the English Symphony Orchestra of the Philip Sawyers’s Violin Concerto was released to great critical acclaim.

Sitkovetsky was awarded 1st prize at the Trio di Trieste Duo Competition alongside pianist Wu Qian. He is an alumnus of the prestigious ‘Chamber Music Society Two’ program at the Lincoln Center, and in 2016 received the Lincoln Center Emerging Artist Award. He is a founding member of the Sitkovetsky Piano Trio, with whom he has won various prizes, including the Mecklenburg-Vorpommern Kammermusik Prize. The trio has performed all over the UK and Europe, including Alte Oper Frankfurt, Concertgebouw Amsterdam, and Wigmore Hall, and toured Asia recently.

Ana de la Vega is now releasing her third PENTATONE album Bach Unbuttoned, which brings together a group of exciting young soloists and the Württembergisches Kammerorchester Heilbronn to present a lively and fresh perspective on Bach. The program contains Brandenburg concertos Nos. 2, 4 & 5, a unique rendition on flute and oboe of the double violin concerto, as well as the breathtakingly virtuosic Badinerie for flute. Her previous PENTATONE albums are Mozart Myslivecek (2018) and Haydn Stamitz (2020). Oboist Ramón Ortega Quero also starred on the latest album and is featured prominently on Bach Unbuttoned. Violinist Alexander Sitkovetsky, trumpet player Cyrus Allyar, harpsichordist Johannes Berger and the Württembergisches Kammerorchester Heilbronn all make their PENTATONE debut.

Opening with the Brandenburg Concerto No. 5 in D Major, BWV 1050, “Allegro” is a fascinating presentation with the

flute and oboe as a color variation. De la Vega’s tone and playing are excellent. Her agile navigation of the melodies and her blending with the ensemble is outstanding. Quero’s oboe playing is also stirring. Sitkovetsky’s interpretation of the well-known violin part is authentic and shimmers with his charismatic nuances.

Concerto for 2 Violins in D Minor, BWV 1043 (Arr. for Flute, Oboe & Orchestra) is a magical exploration in counterpoint, and with the added colors of flute and oboe, this is a gem on the album. “Vivace” has swirling counterpoint as de la Vega and Quero interact with Cyrus Allyar’s trumpet, Johannes Berger’s harpsichord and the Württembergisches Kammerorchester Heilbronn. The pastel hues of the two woodwinds add richness to the melodies and bring out fresh sonorities in this well-known composition of Bach’s masterful writing style.

Bach Unbuttoned is an emotional and physical joyful listening experience. The presence and intensity resulting from the soloist mastery and musical insight more than carry the music to new heights. De la Vega’s flute is incredibly enticing, and the woodwind interpretations of these pieces are definitely worth the time and investment in listening and acquiring.