Michael Landau is good taste and feelings on Rock Bottom 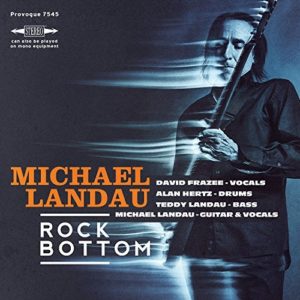 Guitarist and composer Michael Landau is set to release his next album, Rock Bottom on February 23, 2018. The west coast based musician has worked with a list that includes: Miles Davis, B.B. King, Pink Floyd and Joni Mitchell. Landau is a ‘players player,’ known for his adventurous leads and a Hendrix influenced wah-wah style. His playing and writing combine sounds of fusion, with tonal depth that combines jazz-rock-funk-fusion, but with restraint and an unwavering focus on creative expression. Landau, whose name pops up everywhere for those who interested in studio players, is also known for making song driven music that is fresh and unique. His playing style does not have the need to continually demonstrate his incredible chops, although he has them. Instead, Landau lets his creativity and songwriting lead the presentation of his music. Landau is much more than just a blues man, he is a song craftsman of the highest order.

On Rock Bottom he continues to tread his own eclectic path. Drawing heavily on the sounds of the 1960s, with deep lyrics and mystical melodies. Landau explains: “I’ve been playing mostly instrumental music for the past 10 years, out of nowhere I woke up one morning with the strong urge to play some hard-edged music with vocals – guess it makes sense because it’s really the music I grew up on. So, I reunited with my ole pal David Frazee from the Burning Water days, we wrote a lot of songs together, most of which ended up on this new ‘Rock Bottom’ record.” Rock Bottom relies significantly on Landau’s magical guitar tones, and creative moods, driven by the song structures, grooves, an excellent rhythm section, and not to be missed, genuine solos.

Our favorite song is “One Tear Away.” We were hooked from the opening riff, a with an infectious slow groove, the band sets up the atmosphere. The melody is strong, and the lyrics are deep. Landau’s subtle clean Strat sound is perfect. The held pedal note during the first 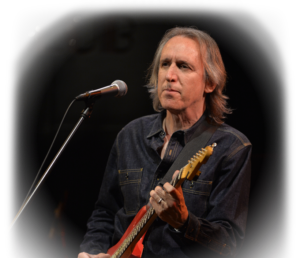 verse is very effective in moving the music forward, and is a fine example of Landau’s musical attention to details. An inspired bluesy fusion guitar solo has all the elements that we know and love about Landau. Each pass through the form adds more subtleties. The vocal harmonies are a nice touch.

Sounds of the 60s haunt Rock Bottom, and that is a good thing, with one foot in the present and one in the celebrated experimentation of the era, the music benefits and is there for the next generation to learn from. A listening experience that comfortably plays in 2018 as it would have in 1966. This is the musical experience of Michael Landau, a musical journey that promises adventure while being grounded in good melodies and outstanding musicianship.

Report Card
C.U.R. Grades
You Grade The Music
Rate Here
Originality
A
A-
Sound Quality
A-
A
Songwriting
A-
B
Band Sound
A
A
Vocal Quality
B+
B-
Art Work
A-
B-
Use of Various Styles
A
B+
Virtuosity
A
A+
Groove
A
A
Feel
A
A-
Melodies
A
A-
A
C.U.R. Grades
A-
You Grade The Music
1 rating
You have rated this
What's your reaction?
I Love It
25%
Cool
75%
It's OK
0%
What?
0%
I'm Sad
0%
I Hate It
0%
You might also like
Fusion
Editor
A
User
A
REVIEW
Dominique VANTOMME, The High Art of Fusion Vigor on Vegir
Comments
Leave a response