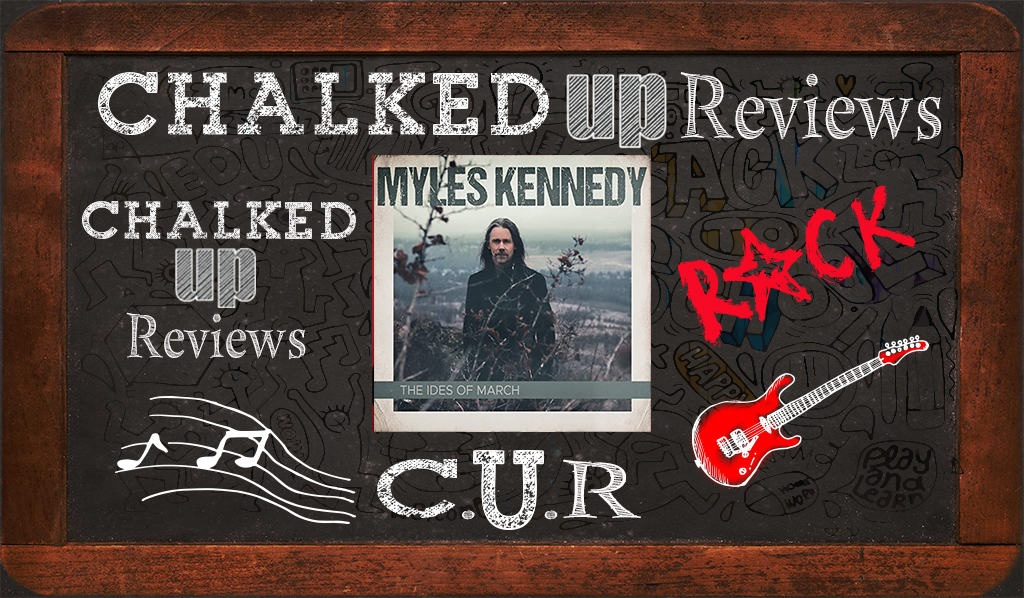 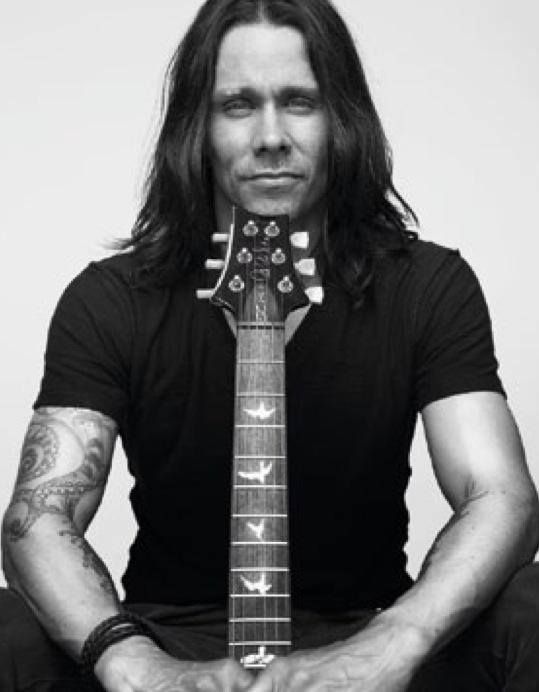 Myles Kennedy has a distinctive rock voice that can be heard on six chart-topping albums from gold-selling rock juggernaut Alter Bridge, three records with Slash and The Conspirators, two albums from The Mayfield Four, his 2018 solo debut Year of the Tiger. His guest appearances range from Disturbed and Halestorm to Gov’t Mule, Sevendust, Mark Morton, and Darryl “DMC” McDaniels. He is renowned for his skyscraping timbre and earth-quaking bluesy wail; his musicianship also encompasses expressive songcraft, introspective cinematic arrangements, dynamic guitar playing, and fireworks with his astounding vocal range. That brings us to his second full-length solo album, The Ides Of March [Napalm Records]. These eleven tracks follow all of his muses into a pastiche of distorted rock ‘n’ roll frenzy, Memphis Delta-soaked blues catharsis, soul ponderances, and even dalliances into country music. 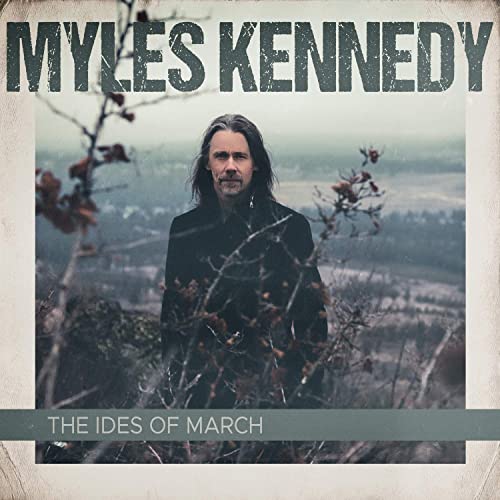 Kennedy explains about The Ides Of March, “I wanted to make sure the record was diverse,” he explains. “I’m a music geek. I’m a fan. When you’re known for playing a specific genre of music, you don’t always have the opportunity to show your affinity for other styles. That’s the beauty of making solo records. It’s your moment to step out and take chances. I count my lucky stars that I’ve had the good fortune to make records and tour the world with so many talented musicians. With that said, the artist in me still needs to explore.” With the onset of the Global Pandemic, Myles simply “marched down to Guitar Center, picked up a brand-new Universal Audio interface, went back home, and just started working.” He grabbed his guitar, wrote his heart out, and recorded demos at his home studio in Spokane, WA. After four months of demoing, Kennedy assembled his rhythm section, drummer Zia Uddin and bassist Tim Tournier and went to Studio Barbarosa in Orlando to record with longtime producer Michael “Elvis” Baskette. “To get together with Elvis and his crew was actually a nice break,” Kennedy shares. “It was like rock ‘n’ roll summer camp.” Lyrically, the album’s 11 unique offerings embrace all listeners, championing themes of unity and solidarity over separation and spite, allowing the sonic warmth of each track to stand out.

“In Stride” has a catchy slide guitar opening with big drums and roaring bass. The shuffle feel fits Kennedy’s voice like a 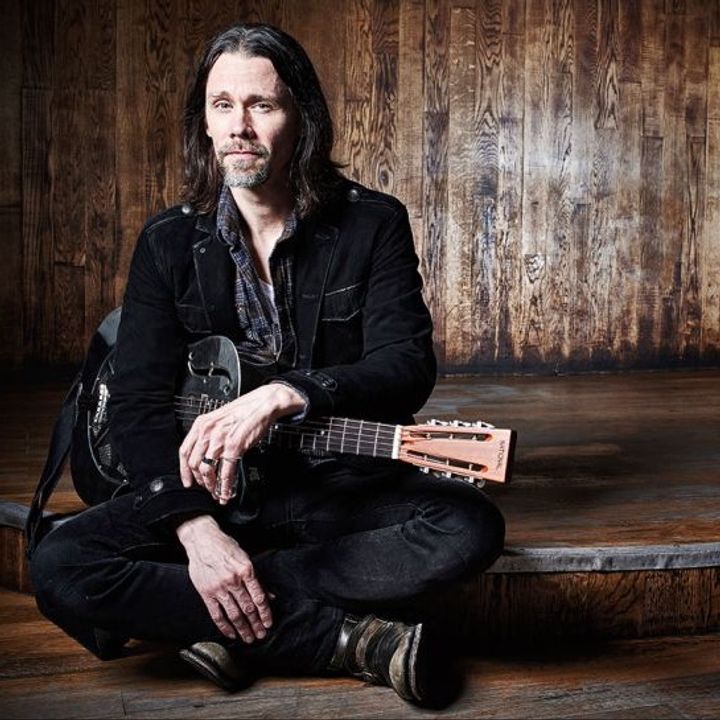 glove as the vocalist powers his way through the verse to the catchy chorus. His upper register is intense and filled with character without losing his robust masculine timbre. The descending bridge leads to the break-down and ending chorus. Kennedy’s songwriting is terrific on this selection.

The title track, “The Ides of March,” is a long flowing song beginning with an acoustic guitar and Kennedy singing. Kennedy slows it down with a triumphant, smooth melody that is impressive with his vocal control and power through his held notes. An emotive guitar solo acts as a centerpiece to the poetic lyricism. The song builds through a mastery of feels with a powerful yet nuanced performance that is majestic and memorable.

In conclusion, The Ides Of March exudes confidence and is a varied listening experience that develops as Kennedy puts his heart into each song. Kennedy explores different styles and hues on the album as he shows why he is an undeniable talent for the ages. The Ides Of March has a roots-rock foundation while exuding an aura of tenderness and inner peace – radiating the sorely needed, uplifting spirit of American rock in which our times desperately need right now.

The Ides Of March

Report Card
C.U.R. Grades
You Grade The Music
Rate Here
Originality
A-
—
Sound Quality
A
—
Production
A
—
Songwriting
A
—
Solos
A
—
Band Sound
A
—
Vocal Quality
A+
—
Art Work
B
—
Use of Various Styles
A
—
Riffs
A-
—
A
C.U.R. Grades
—
You Grade The Music
You have rated this
What's your reaction?
I Love It
100%
Cool
0%
It's OK
0%
What?
0%
I'm Sad
0%
I Hate It
0%
You might also like
Rock
Editor
A-
REVIEW
Max Highstein Hotcakes Review
Editor
A-
User
B
REVIEW
Trey Anastasio The Beacon Jams Review
Editor
A
User
A+
REVIEW
Julian Lennon Jude Review
Editor
A
REVIEW
Jeff Beck and Johnny Depp 18 Review
Editor
A
User
A+
REVIEW
The Sheepdogs Outta Sight Review
Comments
Leave a response