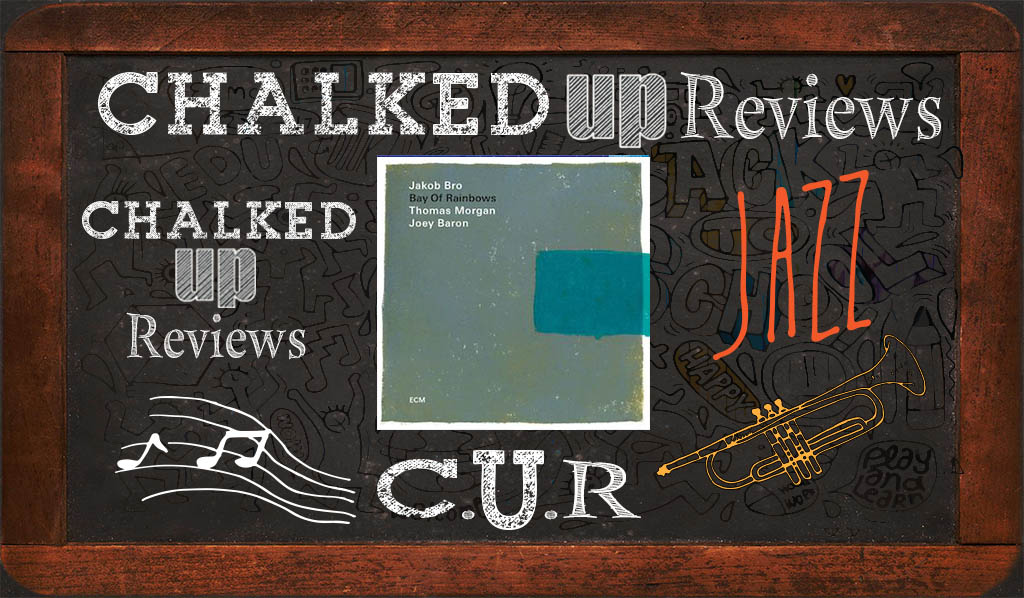 Bro is currently leading a trio with Joey Baron and Thomas Morgan. The trio is releasing a new ECM album titled, Bay Of Rainbows, recorded at the Jazz Standard in New York. The album has six tracks performed by the trio. The music is interactive, atmospheric and musical. “Mild” builds over time with Bro playing a beautifully arpeggiated figure that is developed precisely. “Dug” has an interesting groove and prodigious bass playing by Morgan and a driving rhythmic pattern from Baron. A second version of “Mild” included, which gives the listener a chance to hear the trio’s approach in two different instances of time. Because this live recording comes from ECM Records, the recording quality is first-rate and the fidelity comes though on each note with clarity.

Our favorite track is “Dug.” The track’s opening with Morgan’s double stops is a powerfully executed idea, that builds to Baron’s swirling drum entrance. Baron and Morgan set into a groove as Bro uses his delay pedals to create atmospheric sounds and colors over the groove. 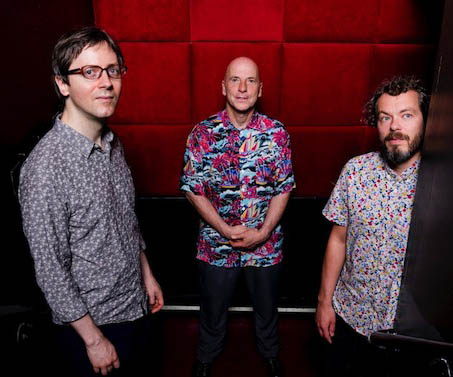 Rather than just diving in and playing the melody, Bro builds the song, letting it develop and unfold. For the melody Bro chooses a slightly distorted sound, giving his lines power and direction. Bro is a master and incorporating sounds generated by his pedals and various techniques on the guitar to create layers. He builds these orchestrated layers to form complex backgrounds that he solos against, allowing Baron and Morgan to interact with emphasis. Furthermore, that is where the beauty of this track resides, the interaction and level of listening that the three musicians display is inordinate. It is obvious that the focus is on a group sound and musical statement.  Consequently, the music sounds organic and in focus.

Bay of Rainbows is a harmonically complex listen that offers robust and complex flavors, like a fine tasting coffee, it percolates with brimming flavors that linger long past the listen.  A highly recommended experience which can be enjoyed many times over, as each listen revels more of the subtle flavorings and spice.