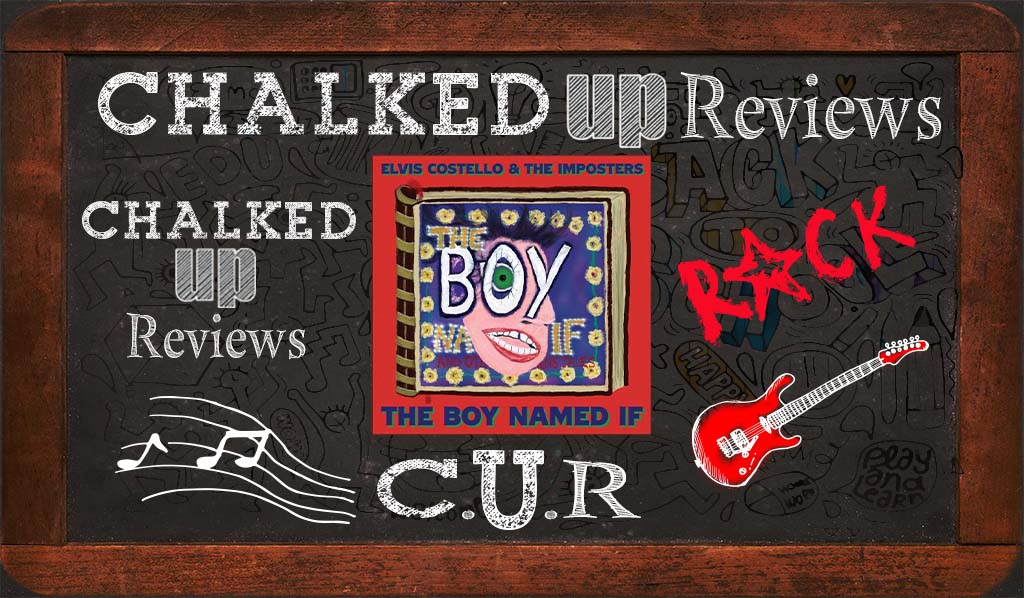 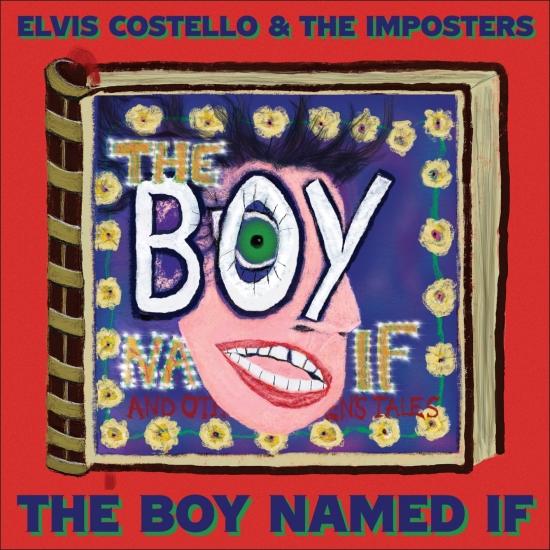 Elvis Costello is a singer and songwriter with more than 27 studio records, three live albums, and numerous guest appearances on stage, studio, and screen, working as a record producer, bit-part actor, and composing music for television drama and dance performance. Costello’s collaborations include Paul McCartney, Allen Toussaint, and Burt Bacharach, with whom he won a Grammy for “I Still Have That Other Girl” from their 1998 collaboration, Painted From Memory. Costello’s songs have been recorded by George Jones, Chet Baker, Johnny Cash, Roy Orbison, Dusty Springfield, and Robert Wyatt. Elvis Costello and The Attractions were inducted into the Rock and Roll Hall of Fame in 2003, and that same year he was awarded ASCAP’s prestigious Founder’s Award.

Elvis Costello and The Imposters release The Boy Named If, which was produced by Sebastian Krys and Elvis 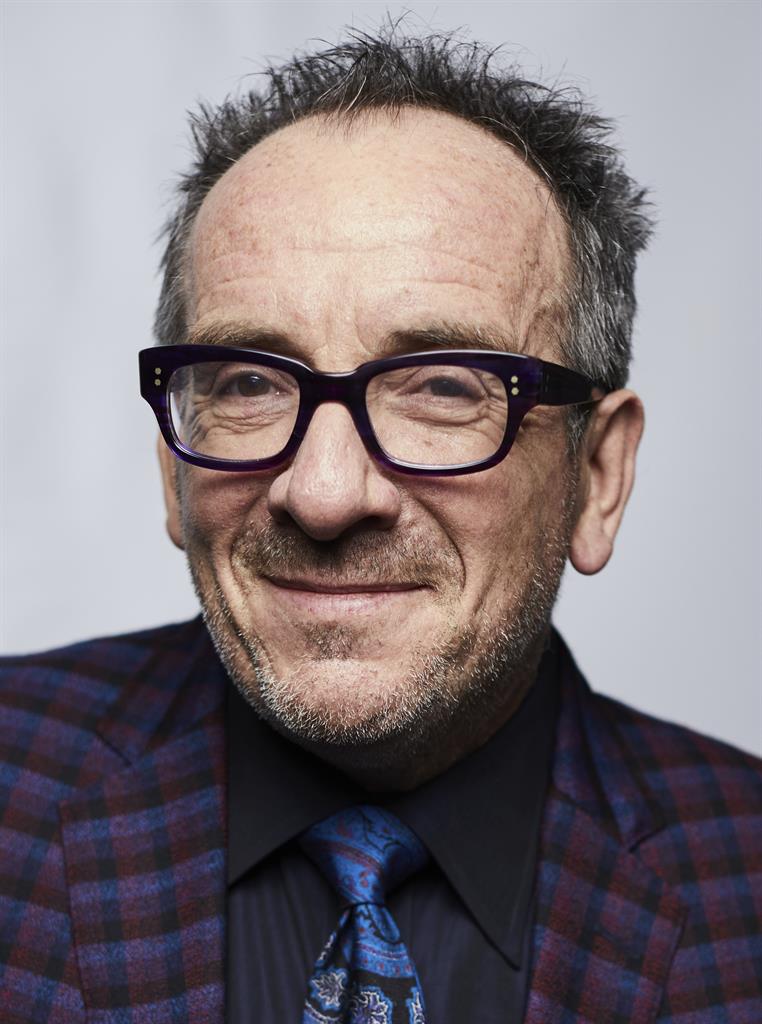 Costello. The album is a collection of thirteen snapshots, “That take us from the last days of a bewildered boyhood to that mortifying moment when you are told to stop acting like a child – which for most men (and perhaps a few gals too) can be any time in the next fifty years,” as Costello put it. The collection of songs present earnest, direct songs with memorable melodies, biting guitar playing, and a quick step to the rhythm. Costello says, “The full title of this record is ‘The Boy Named If (And Other Children’s Stories). ‘IF,’ is a nickname for your imaginary friend; your secret self, the one who knows everything you deny, the one you blame for the shattered crockery and the hearts you break, even your own. You can hear more about this ‘Boy’ in a song of the same name.” Costello added, “Once upon a time, when I didn’t know what a kiss could do and didn’t even dare to caress, the way ahead was a mystery; a departing from that magic state called innocence for the pain that leads to pleasure and all that jazz.”

“Farewell, OK” opens with a steady rock selection with a catchy melody. The music has a classic vibe of soul, rock, and a tinge of rockabilly. The song is undoubtedly danceable with organ, piano, backing vocals, and thumping bass and drums and rings in the ears long after hearing it. The bridge is a nice change in harmony and feel, but Costello’s lyrics are hard to hear. There is no surprises here, just a straightforward rock song with all the elements and structures one would expect.

“Magnificent Hurt” has an exciting feel that again combines rockabilly with rock-n-roll for a catchy presentation in which presents Costello’s singing in its best light. The organ and guitar parts are well constructed, and the male and female vocals add to the vocal sound. In addition, there are interesting guitar parts containing colorful harmony. 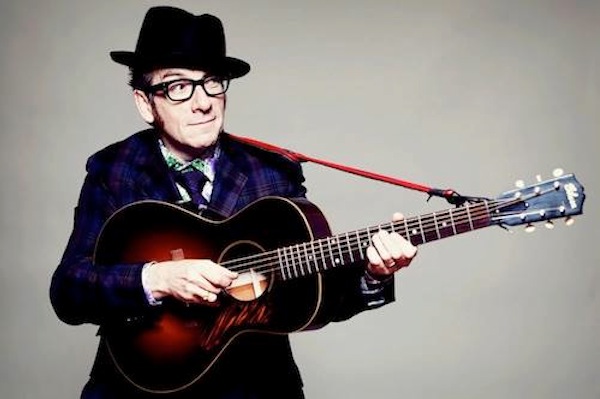 The Boy Named If dips into multiple feels and textures but sounds best when presenting an upbeat rock-n-roll vibe. Costello’s vocal tone is not a polished sound, which lends itself to the more upbeat selections where quality and sustain are not a factor. As a whole, The Boy Named If is Costello and company presenting safely structured tunes that will appeal to longtime fans. Costello’s music has a soulful beauty that is usually polarizing; you either love it or hate it. The Boy Named If is worth your time deciding which side you fall on, start with the aforementioned tunes.

The Boy Named If

Report Card
C.U.R. Grades
You Grade The Music
Rate Here
Originality
A-
—
Sound Quality
A
—
Songwriting
A-
A
Vocal Quality
B
—
Vocal Harmonies
A
—
Art Work
B
—
Melodies
A
—
Hooks
A-
—
A-
C.U.R. Grades
A
You Grade The Music
You have rated this
What's your reaction?
I Love It
0%
Cool
100%
It's OK
0%
What?
0%
I'm Sad
0%
I Hate It
0%
You might also like
Rock
Editor
A-
REVIEW
Max Highstein Hotcakes Review
Editor
A-
User
B
REVIEW
Trey Anastasio The Beacon Jams Review
Editor
A
User
A+
REVIEW
Julian Lennon Jude Review
Editor
A
REVIEW
Jeff Beck and Johnny Depp 18 Review
Editor
A
User
A+
REVIEW
The Sheepdogs Outta Sight Review
Comments
Leave a response