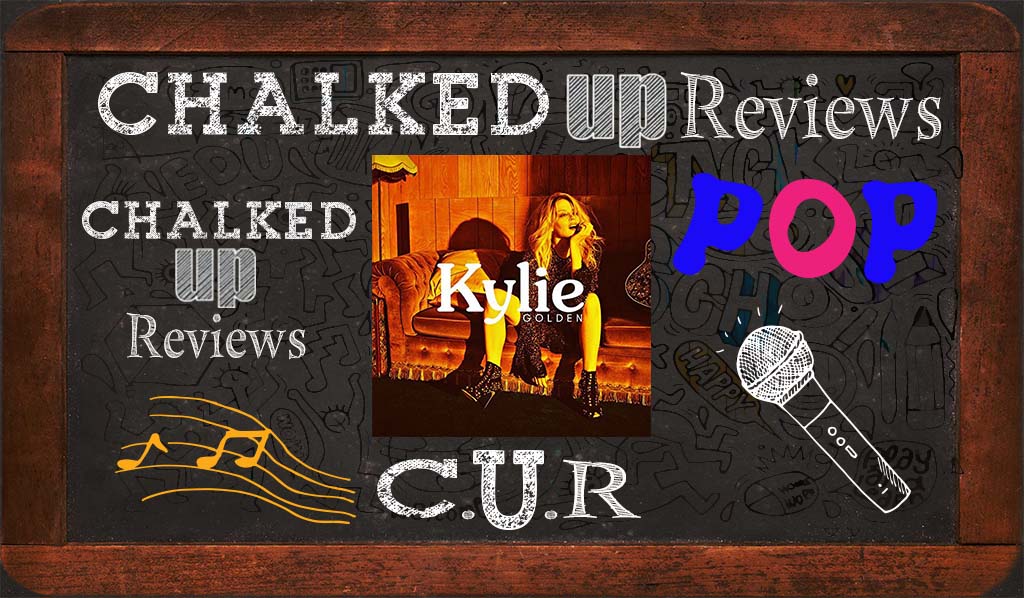 Australian singer and actress Kylie Minogue has an amazing career both as an actress and singer. Minogue has thirteen studio albums and is a breast cancer survivor. Minogue signed a new record deal with BMG Rights Management, which released her new album internationally, titled Golden. This will be her fist studio album since Kylie Christmas: Snow Queen Edition.

Minogue had a hand in writing every one of the sixteen tracks on Golden and the result is pure classic Minogue. Minogue has not co-written every song on an album since Impossible Princess. Minogue worked with a host of writers and producers for Golden, including: Amy Wadge, Sky Adams, DJ Fresh, Nathan Chapman, and teamed with previous collaborators Richard Stannard, The Invisible Men and Karen Poole. With recordings being done in London and Los Angeles, but the majority was done in Nashville, Tennessee. The sound and style of the album is pure Minogue and has moments of her signature synth-pop dance style, but for Golden, Minogue has added a country music flavor to her songwriting and the result is brilliant.

Our favorite track is “Dancing.” Opening with a catchy nylon-strung guitar figure that has a hip dance country flair. Minogue’s voice enters, and we are instantly taken by her warm clear vocal style that has elements of pop and country and honestly reminds us of Dolly Parton! The

chorus is big and full. The song is fun and has a nice flow between intimate moments in the verses that expand to large production dance music choruses. The lyrics are relate-able and inspiring. The song’s style is a nice mix of classic old school with a modern country twist. Minogue is top-shelf on this recording.

Is it possible Minogue can keep getting better with time, well if Golden is any indication, that is a solid-gold yes.  Her voice has a stirring and easy on the ears sensibility. The songwriting is solid perfection. Catchy, filled with hooks that linger long past the listen. It’s a win on so many levels.  My suggestion, get yourself a copy.

Report Card
C.U.R. Grades
You Grade The Music
Rate Here
Originality
A
—
Execution
A
—
Sound Quality
A
—
Production
A
—
Songwriting
A+
—
Vocal Quality
A
A+
Vocal Harmonies
A
—
Art Work
A-
—
Use of Various Styles
A
—
Feel
A
—
Melodies
A
—
A
C.U.R. Grades
A+
You Grade The Music
You have rated this
What's your reaction?
I Love It
0%
Cool
100%
It's OK
0%
What?
0%
I'm Sad
0%
I Hate It
0%
You might also like
Pop
Editor
A-
User
A+
REVIEW
Zella Day Sunday In Heaven Review
Editor
A-
REVIEW
Lauv All 4 Nothing Review
Editor
B+
REVIEW
Francisco Martin hate you to love myself Review
Editor
B+
REVIEW
LEROCØUE Flatlined Review
Editor
A-
REVIEW
Drew Schueler To Know I Hurt You Review
Comments
Leave a response