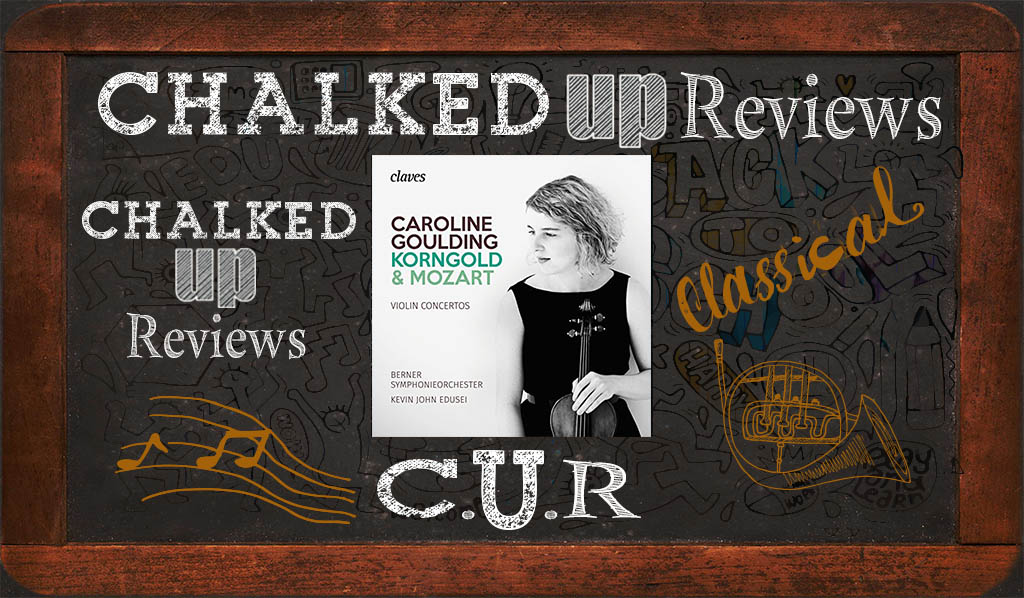 The virtuoso violinist Caroline Goudling has performed with the world’s premier orchestras, in recital and on record and has blossomed from a precociously gifted 13-year-old soloist with the Cleveland Orchestra to a mature virtuoso of skill and lyricism that is simply amazing. In 2009, when the violist was just 16, her debut release on Telarc was GRAMMY-nominated and chart-topping. Caroline’s recital album with pianist Danae Dörken on the ARS label includes works by Schumann, Enescu, and Dvorák.

Since that 2006 Cleveland Orchestra debut, Caroline has gone on to appear as soloist with the symphony orchestras of Toronto, Detroit, Dallas, Houston, Nashville, Milwaukee, Pasadena, Alabama, Florida, the National Symphony, and the Orchestra of St. Luke’s. She has also appeared extensively in Europe and Asia with the Frankfurt Radio Symphony, Netherlands Philharmonic, Deutsche Radio Philharmonie, and the Hong Kong Philharmonic. She has appeared in recital at Carnegie Hall, Lincoln Center, the Kennedy Center, Beijing’s Forbidden City Concert Hall, the Tonhalle-Zurich, the Louvre Museum, the Isabella Stewart Gardner Museum, and she has performed as a chamber musician as part of the Marlboro Music Festival. Caroline was a recipient of the Avery Fisher Career Grant in 2011, and she won the Young Concert Artists International Auditions and was the recipient of the Helen Armstrong Violin Fellowship in 2009. She has also garnered significant attention from music and mainstream press appearing on NBC’s Today, MARTHA and Germany’s Stars von Morgen hosted by Rolando Villazón. Caroline has also been heard on NPR’s Performance Today, From the Top, and SiriusXM Satellite Radio. 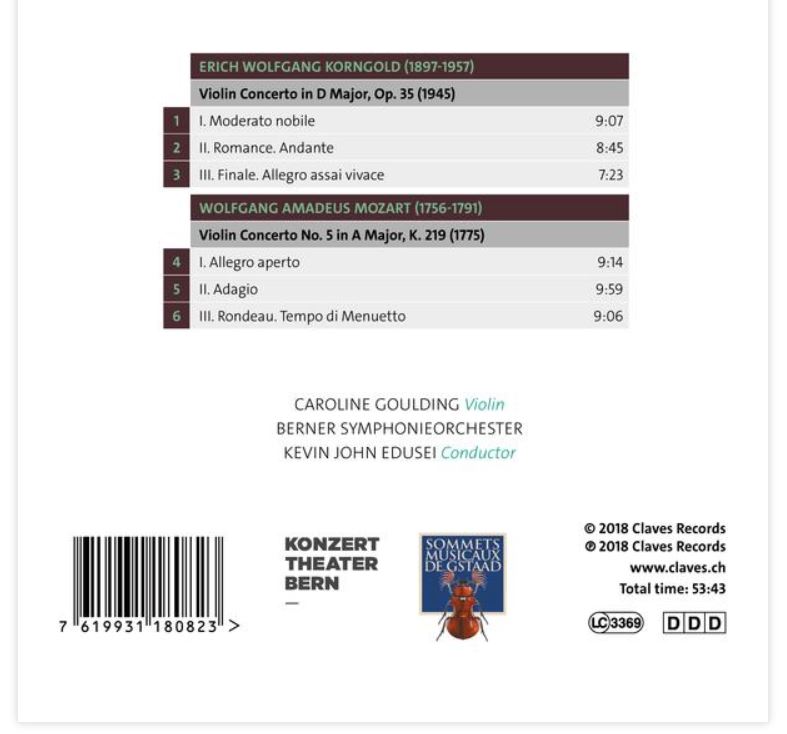 help and guide them from the very start, the festival included into its program a series of concerts given in the Gstaad chapel by promising young musicians of different nationalities playing the same instrument. Every year, this Prize aims to reward one of these young musicians with the opportunity of recording a CD with an orchestra, produced by Claves Records, ensuring a wide distribution. This Prize gives the laureate experience with microphones, collaboration with a conductor, with orchestra musicians, an artistic director, sound engineers… and finally the joy of an extensive distribution. KORNGOLD & MOZART, VIOLIN CONCERTOS is the result and what a project for this violinist to demonstrate her command of the repertoire and her instrument.

Our favorite track is “III. Finale. Allegro assai vivace” by Korngold The Berner Symphonieorchester under the direction of Kevin John Edusel. The balance and support of Goudling is brilliant. Gouding’s performance offers lively, colorful, accurate performances and is full of heart and

passion. Her tone is aggressive, but warm, cathartic, but not overplayed. The flow is nice and the breaths all make for musical flow. Wonderful performance.

It’s remarkable how Korngold uses timbre to keep the busy textures clear. Goudling brings lyricism to the music as well as passion. The program of Korngold and Motzart are an excellent pairing and this is a delightful presentation, both in sound and performance.