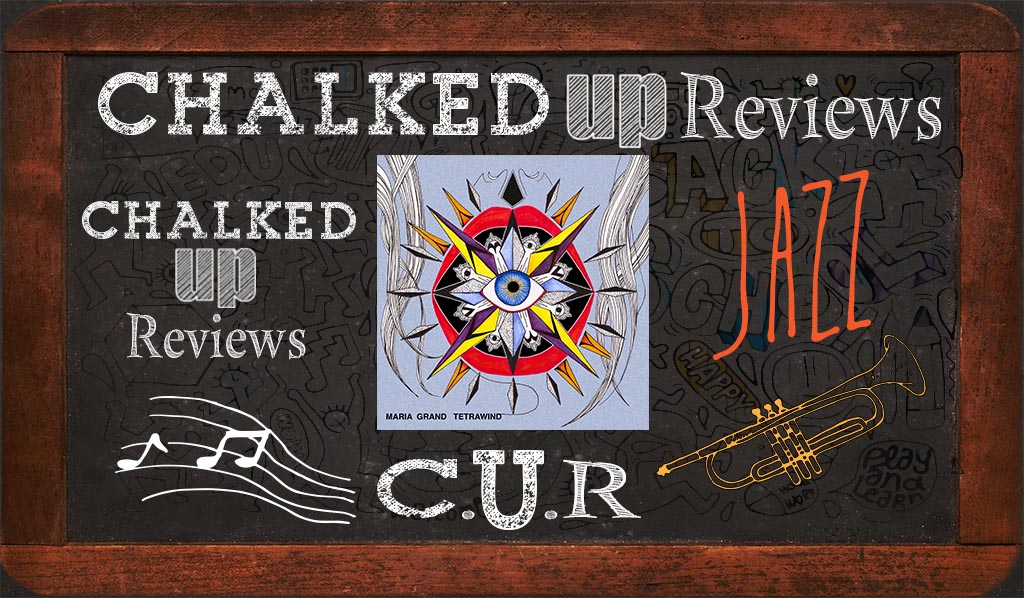 Maria Grand is a tenor saxophonist, composer and vocalist that is creatively exploring the modern language of jazz in a structured format as well as, exploring the many possibilities of collective improvised musical conversations. Grand was born in Switzerland to a Swiss mother and an Argentinian father. Grand moved to New York in 2011 and became the protégée of legendary musicians such as Billy Harper, and Antoine Roney, as well as NEA Jazz Master Von Freeman.  She has developed into one of the freshest and unique voices on her instrument. Grand released her first opus TetraWind in February of 2017. In recognition of her emerging talent, she was awarded one of three of the 2017 Jazz Gallery Commission Residencies, along with young master’s Adam O’Farrill and Joel Ross.

TetraWind explores the four directions with Grand presenting four originals inspired by the directions. Joining Grand is Román Filiú – alto saxophone (tracks 2,3,4) and flute (track 1), David Bryant – keyboards, Rashaan Carter – electric bass, and Craig Weinrib – drums. The ensemble straddles the line between free funk/avant-garde and modern jazz. Grand certainly organizes portions of the music space, but her compositions are designed to take full advantage of the interaction and group improvisation that is developed between the players. The music is dynamic and full of musical symbolism. The tracks are full of layers of melodies and rhythms. Each composition is constructed around a particular feeling and musical motif and the band brings out the music in a way that builds on the sound and the relational dynamics. The result is a brilliant, complex structures of sound that are full of energy and movement.

Our favortie tack is “South (Quantum).” A hip melody between Grand and Filiú, over a funky groove by Weinrib and Carter. The two horn voices give way to Grand’s solo, which builds overtime. Her warm tenor tone is full, and her rhythmic articulation is precise and in the pocket. The next written melodic statement brings in Bryant’s keyboard and the melody is played and serves as an interlude to Bryant’s solo. Bryant’s lines are angular and aggressive as he builds in register. Again, a written melody introduces, Filiú’s solo. His solo follows suit wi 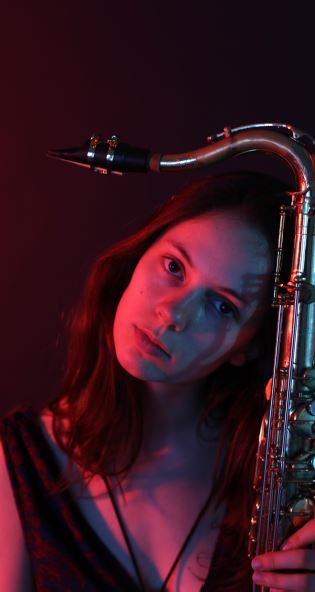 th energy and interaction between his lines and the rhythm sections. A cadential melody marks the end of the first section of the song. Grand’s compositions are interesting, multi-layered and unfold as mini-suites. The next section is a beautiful ballad with a melody that is haunting and colored by interesting harmony. Grand begins to speak over the melody, her words are emotional and follow the mood of the music nicely and bring insight into the symbolism of the song and its title as she recites her poem.

Grand’s compositional methods expand on the chemistry formed by the band. She plays with the principal of tension and release, incorporating deep aspects of human emotions with composition and performance. Grand is full of explorative modern musical stories that are presented in a fresh and compelling set of four compositions. Bringing us closer to ourselves in the present moment