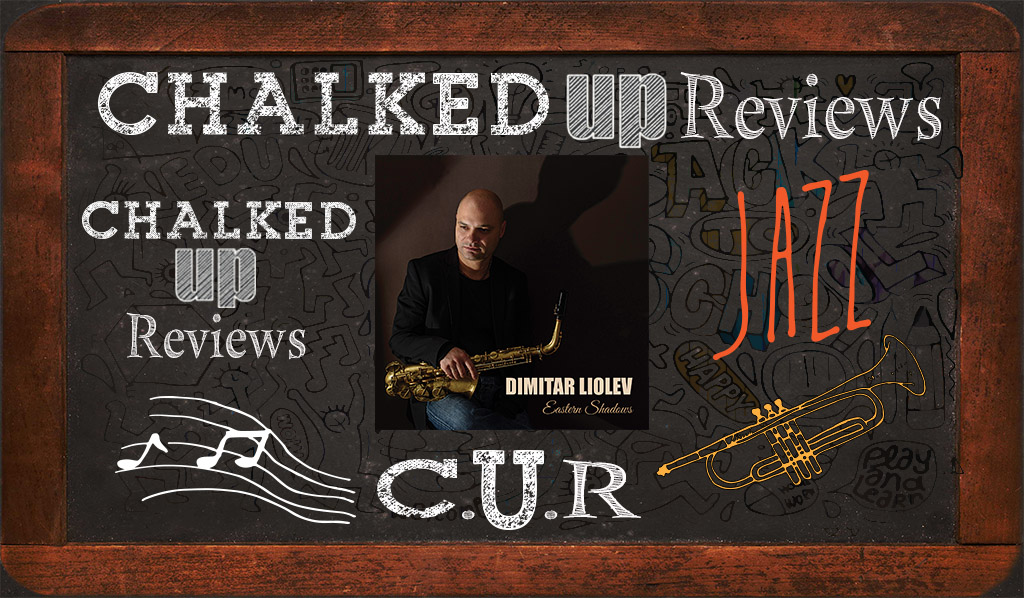 Saxophonist and composer Dimitar Liolev is a second-generation professional musician. He is the son of Kostadin Liolev – an accordionist, classical clarinetist, composer and arranger of Bulgarian folk music. The saxophonist is a graduate of both the Secondary Music School and the Academy of Music in Plovdiv, with piano and fagotto as his majors. Liolev reached the finals of the concours “Dutch Jazz Competition,” where he presented his first group Rakia on the stage of the prestigious North Sea Jazz Festival.  He won second prize at the “Leidse jazz award” and was nominated for the ‘outstanding young performer award’: “Harten Aas jazz award.” Each year has brought Liolev new heights of accomplishments.  He has established himself in Bulgaria as a busy recording and performing artist.  This has brought him the opportunity of performing or recording with: Dianne Reeves, Don Braden, Ralph Peterson, Conrad Herwig, JorisTeepe, Theodossi Spassov, Angel Zaberski Jr., Anthony Donchev, Hristo Yotsov, Stoyan Yankoulov, Hilda Kazasyan, Lili Ivanova and many more. Currently, he is a member of the renowned National Radio Big Band, the Brass Association Big Band and has sat as a musical director of July Jazz Festival for a few years.  His discography includes: The Other Side (2014), Rhodopology (2014) and Eastern Shadows (2017). Liolev is a fresh saxophone voice on the current scene.

Eastern Shadows   has nine original compositions and includes: Liolev on alto saxophone, Martin Tashev on trumpet, flugehorn, and vocals on “Eastern Shadows,” Massimiliano Rolff on double-bass and Dimitar Semov on drums. Liolev’s music mixes rhythms and ornaments of Balkan folk music with the rich harmonic and chromatic colors of jazz. There is an avant-garde element to the music, but there is always direction, a clear form, and strong melodies. The rhythmic Bulgarian heritage is a common thread through the creative group improvisations. Combine all of this together and you have an outstanding release of modern European jazz.

Our favorite track is “Jazz Me.” The strong post-bop melody is excellently orchestrated with nice two-part horn harmonies and counterpoint. Liolev’s warm alto sound can be truly appreciated as he begins his solo accompanied only by Semov’s drum kit. Liolev’s lines are modern 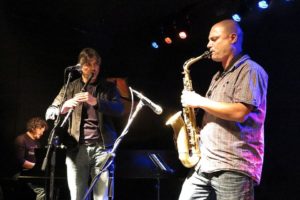 with clear articulation that drives his lines to musical clarity and emotional impact. Tashev’s solo is equally clear and the band listens intently on developing a musical arc. The trading of fours with Semov is very effective. It allows the music to move forward without being an unaccompanied drum solo through the form. Liolev’s compositional style is grounded in the post-bop tradition while having rhythmic ornamentations of Bulgarian music to create a wonderful modern jazz sound.

Liolev has created a lasting release in his already growing trilogy of recordings.  The cornerstone of his sound lies in the robust execution and international flair of the melding of cultures. Eastern Shadows exhibits these character traits throughout.