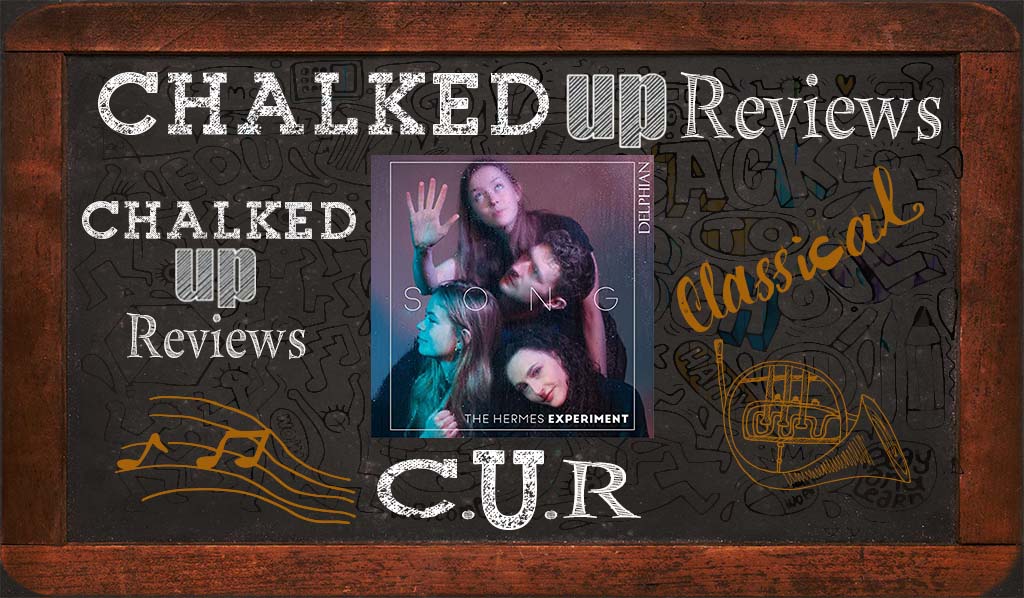 The Hermes Experiment is a quartet consisting of a distinctive line-up of voice, clarinet, harp, and double bass. The ensemble is dedicated to the value of contemporary music in education and community contexts. In 2021, they ran a Virtual Composition Project, supported by Arts Council England. They were ensemble in residence for the Young Music Makers of Dyfed 2018-19, and as part of their fifth birthday project, they ran composition workshops in state schools in and around London. They regularly work with composition students from Trinity Laban, The Royal Academy of Music, and The Royal College of Music. In 2014-15, they took part in Wigmore Hall Learning’s schemes. The Hermes Experiment also strives to create a platform for cross-disciplinary collaboration. In June 2015, they began a ‘musical exhibition’ with photographer Thurstan Redding, and in September 2016, during an Aldeburgh Music Residency, they developed a new interpretation of Shakespeare’s The Winter’s Tale. They also worked with poet Ali Lewis in 2016 & 2019, devising new pieces with him. The performers are Héloïse Werner – soprano / co-director; Oliver Pashley – clarinet; Anne Denholm – harp; and Marianne Schofield – double bass, and the group’s co-director Hanna Grzeskiewicz.

The Hermes Experiment’s second Delphian album called Song is fresh off the heels of their acclaimed debut, Here We 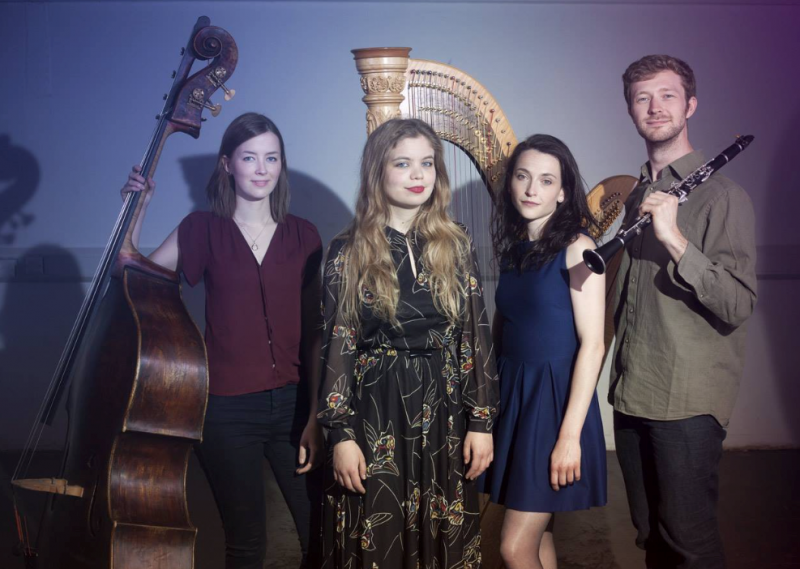 Are. The quartet continues its bold statement by presenting compositions commissioned specially for the ensemble – by Philip Venables, Ayanna Witter-Johnson, and others – are interleaved with new arrangements (of composers including Barbara Strozzi, Clara Schumann, and Lili Boulanger). The ensembles distinctive line-up of soprano voice, clarinet, harp, and double bass make for moving and original sounds of expression.

“Roman Holiday” is a beautiful and elegant arrangement by Marianne Schofield. The first section is driven by warm harp tones, and lyrical lines from the clarinet as Werner’s impressive soprano elegantly sings the melody. The second section has big buzzing bass tones and more activity. The quartet’s ability to create a balance of all the parts is impressive as the many textures float in and out. This is a beautiful start to a varied and powerful set of music, and the elegance of the melody is just the tip of the magical tones to come.

“Draw the Line” is powerful composition featuring Werner and Schofield written by Ayanna Witter-Johnson. Beginning with percussive attacks that transform into the bass part’s theme, “Draw the Line” smashes genres and musical boundaries. The bass theme has elements of rock, jazz, and contemporary classical. Werner’s soprano voice is expressive and flowing, as her diction is easy to hear as she sings the powerful lyrics. Schofield’s bass playing is focused, and her rhythm and intonation are spot-on. The bridge adds expressive percussion by the quartet. Both Werner and Schofield are given a solo melody, giving the form a jazz influence. The creativity of this ensemble is impressive, and they bring a fresh sound to the world of music. 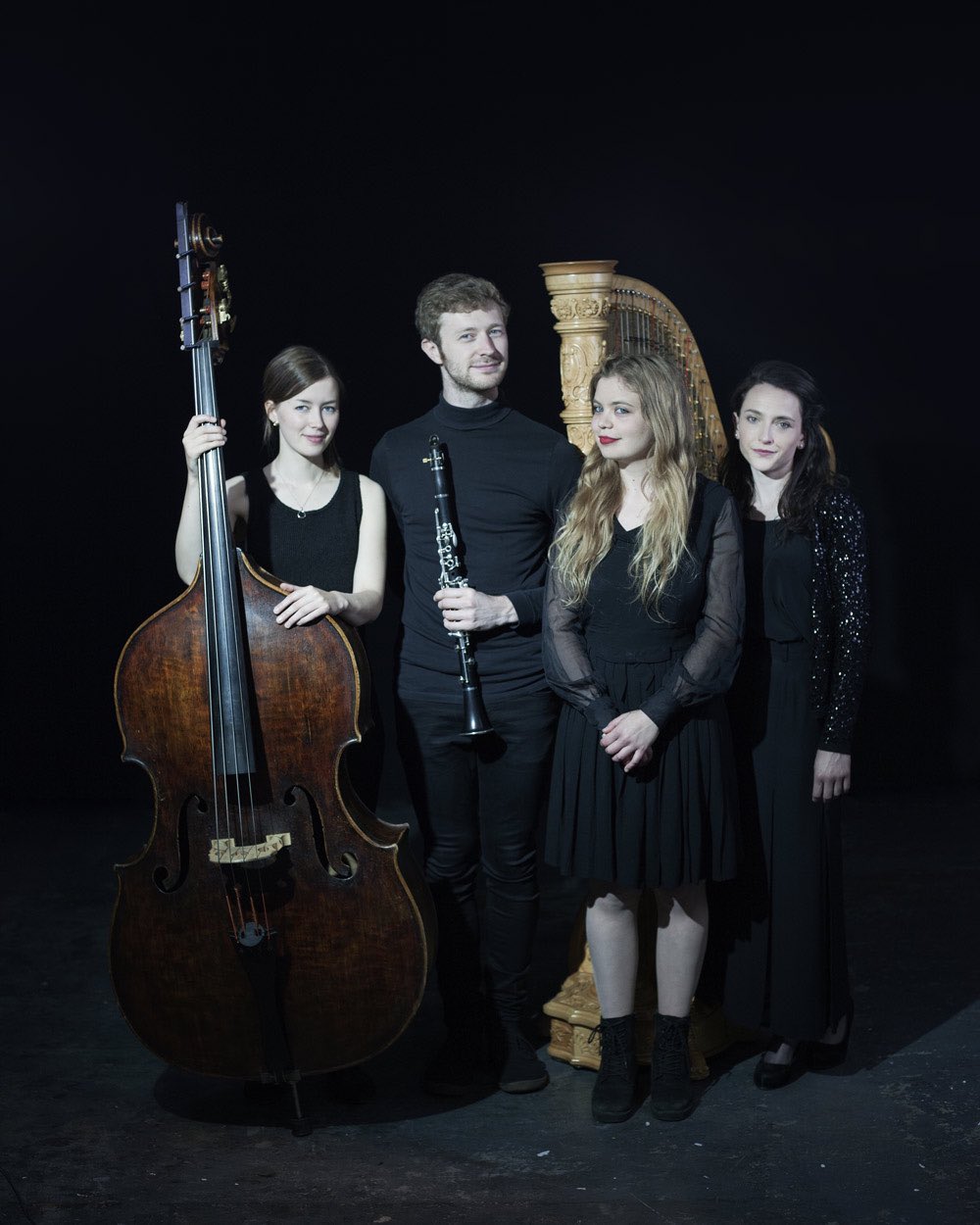 The Hermes Experiment brings us a genre-bending project with Song. The writing and arrangements allow every instrument to express its voice in its own right, and they all carry the drama to create a whole that is musical and highly original. The Hermes Experiment brings a stream of fresh air into the world of contemporary chamber music with innovative techniques, improvisations, clever arrangements and compositions, and outstanding musicianship.