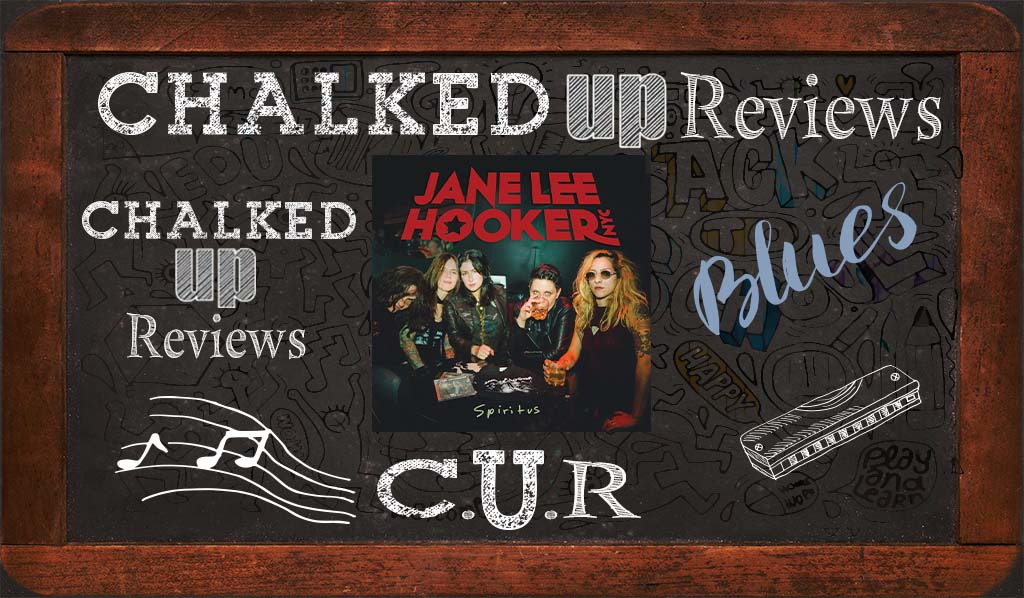 Jane Lee Hooker gets their report card on Spiritus 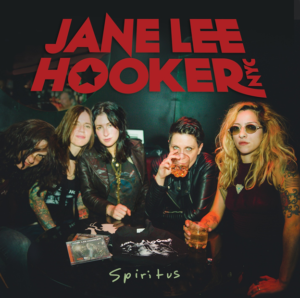 Jane Lee Hooker is back with their own brand of New York rock-blues with a second album, Spiritus. Sticking to their normal high-spirited music, the powerful five-piece all female outfit, features members who used to be part of Nashville Pussy and Bad Wizard. The quintet hooked up in 2012, and swore an oath of allegiance to each other; “We are a gang. We are family…” says, front lady Dana “Danger” Athens, she also plays piano and organ, Hail Mary Z and Melissa “Cool Whip” Houston make the pulsating rhythm section of bass and drums, with Tracy “High Top” and Tina “T Bone” Gorin, sharing guitar duties.

Spiritus brings us 10 tracks with eight being originals, and the two covers are Willie Mae’s “Big Mama” and Thornton and Minnie Lawler’s (aka Memphis Minnie) “Black Rat” in addition to Don Robey/Joe Medwick and Joe Scott’s ’s “Turn On Your Love Light”, cut by Bobby “Blue” Bland in 1961. The band keeps it a New York affair, with Spiritus being recorded in New York in the summer of 2017, produced by Matt Chiaravalle. The band kept the recording process all live, with no effects, no pedals, and no overdubbing. The result is a raw energy that has attitude, but the band is always focused on making the best song possible – thrills, but rockin’ blues.

Our favorite song of the ten is, “How Ya Doin’.” The song is set up with a nice variation on a common rhythm blues pattern. When singer Dana Athens enters, its energy takes off, and the band is up and running. Her vocal power fronts the group well, she has attitude, strong pipes and she can blow! The song structure flows, the hooks are strong, and the melody is memorable. Dana Athens has just a touch of punk sound in her voice, which we really dug! The guitar solo was melodic and keeps the energy up.  Hell, now days, any guitar solo is a blessing, in the pablum of homogenized rock these days! 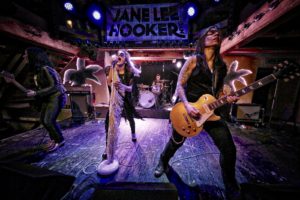 Spiritus combines all the melodic sounds of old school rock and roll, with the grit and feel of blues, all brought to a punkish edge by singer Dana Athens. This band had a great live “go for it” attitude that is a blast to listen to. The report card has all good marks, but this band has a nice stack of ten disciplinary reports for having a “bad” attitude!

Report Card
C.U.R. Grades
You Grade The Music
Rate Here
Originality
A-
B-
Execution
B
A+
Sound Quality
A-
—
Production
A-
—
Songwriting
B+
A
Solos
A-
A
Band Sound
A-
B+
Vocal Quality
A
B+
Art Work
B
C
A-
C.U.R. Grades
B
You Grade The Music
2 ratings
You have rated this
What's your reaction?
I Love It
14%
Cool
57%
It's OK
29%
What?
0%
I'm Sad
0%
I Hate It
0%
You might also like
Blues
Editor
A
User
A
REVIEW
Will Jacobs Goldfish Blues Review
Editor
A-
REVIEW
Ellis Mano Band Ambedo Review
Editor
A-
User
B
REVIEW
Scott McKeon New Morning Review
Editor
A
REVIEW
Mick Hayes My Claim to Fame Review
Editor
A-
REVIEW
Albert Cummings Believe Review
Comments
Leave a response