Susan Williams hails from Chicago where she’s fronted her own bands for 30-some years. Williams began her professional singing career, when she was approached by her church organist in Urbana, Illinois about auditioning for a variety band that he had. She became the lead singer for his band, Celebration, quickly learning to do everything from old standards from the 1930’s and ‘40’s to country and current pop music. She was encouraged by the keyboard player to learn how to play bass. Within three months, she was playing bass at their gigs, as well as singing.  Several incarnations of bands and performances in Northern Illinois and upstate New York honed Williams skills, as she matured, her voice became much raspier. People began to comment a lot about the “bluesy” quality of her voice. During this same time period, she was getting turned onto and drawn into the musical addiction commonly known as “the blues.”  A move to the Chicago deepened her resolve the more she sang the blues, the more she wanted to! Her latest album with the Wright Groove, It’s About Time is a welcomed listen.

Williams has combined forces with Chicago native and lead bassist Darryl Wright (as Williams also plays bass), a gospel and blues musician who has shared the stage with the likes of Mavis Staples, his father’s gospel band, Billy Preston among others. Guitarist and songwriter Mike Gallemore known for his work with Sam Lay and Buddy Miles adds a secret sauce to the mix for a saucy sound.  The drum chair is filled in by blues master Rob “Skoalie” Davis.  Michael Cruse adds keys to six tracks.  Williams wrote all but two of the songs here (with Wright credited for the arrangements) and Gallemore contributed the other two.

Our favorite track is “Shame On You.” Set to a medium temped shuffle, Williams is soulful, and emotion packed on this track. The band is solid, and the music feels great. Williams vocal style is authentic and rich in sonority and tradition. The lyrics are witty and keep in the 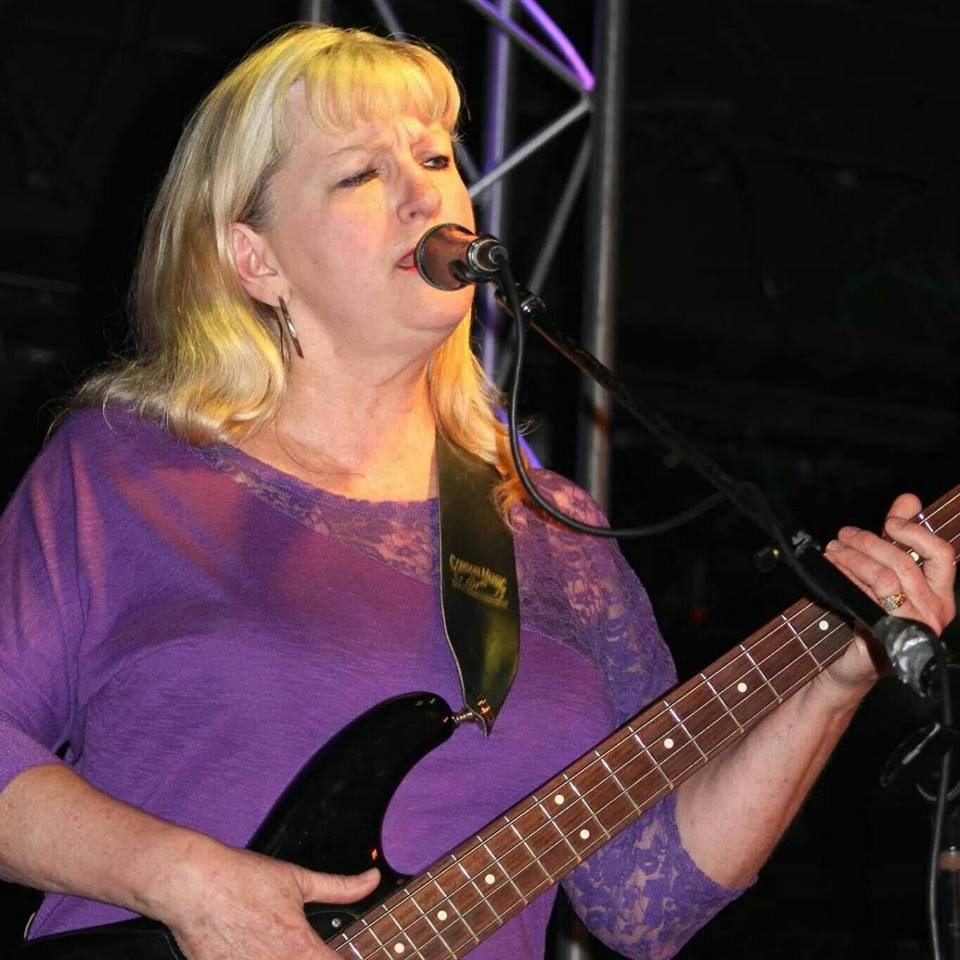 tradition of the blues. The background vocals add a lot to the song. The two bass players in the band add interest, giving the tune a full sound. Darryl Wright solos along with guitarist Mike Gallemore. Both have the blues vocabulary down. This is fun blues at its best, Williams has a full-bodied voice, warm throughout her register and each note is deep fried in the blues and that makes for some good listenin’.

Williams has put in the time on the bandstand to hone her skills as a bassist and vocalist.  With the release of It’s About Time, Williams cements her place as a skilled tactile player and vocalist. With a firm grasp of the tradition, Williams is able to deliver tunes that range from blues shuffles to more Southern Rock influence blues, but all with passion and authenticity.  It’s About Time offers well-performed music, lyrics and singing. This is a very good blues album and I would recommend it to any blues fan.