Dave Gahan & Soulsavers is comprised of production duo Soulsavers (Rich Machin and Ian Glover) and Depeche Mode frontman Dave Gahan. The combination of Soulsavers’ downtempo electronic mood music and Gahan’s melancholy, troubled lyrics, and vocals is a winning combination. However, instead of simply combining Gahan’s words with Soulsavers’ sounds for their sophomore release, the collaborators made a genuine group effort, with all three artists receiving songwriting credits.

Their third collaboration, Imposter, was released in late 2021 and focuses on Gahan reimagining classic songs “from across genres and eras.” Imposter contains numbers penned by everyone from PJ Harvey to Jeff Buckley to Charlie Chaplin to Bob Dylan. Songs of interest are a cover of Cat Power’s “Metal Heart,” James Carr’s “The Dark End of the Street, a stylish version of Neil Young’s “A Man Needs a Maid,” Mark Lanegan’s “Dark Religion,” and Gene Clark’s “Where My Love Lies Asleep.” “When I listen to other people’s voices and songs—more importantly, the way they sing them and interpret the words—I feel at home,” Gahan said. “I identify with it. It comforts me more than anything else. There’s not one performer on the record who I haven’t been moved by. I know we made something special, and I hope other people feel that, and it takes them on a little kind of trip—especially people who love music and have for years.”

“The Dark End of the Street” was first recorded by James Carr and also covered by Cat Power. Here, the Soulsavers

generate a silky downtempo vibe with roto guitars, a sparse drum design, pulsating organ, and rich supporting vocals. Gahan’s singing pulls the emotion out of the lyrics while still keeping the original silhouette and meaning of the tune.

“Metal Heart” has a shimmering guitar figure and Gahan singing in his opulent vocal mood. His lower tones are incredibly intoxicating. The spirit of the music is relaxing and has swells of sounds, female backing vocals, and builds to a notable culmination. The chemistry between Gahan and the Soulsavers is exquisite, and together they create a decisive musical moment with “Metal Heart.” 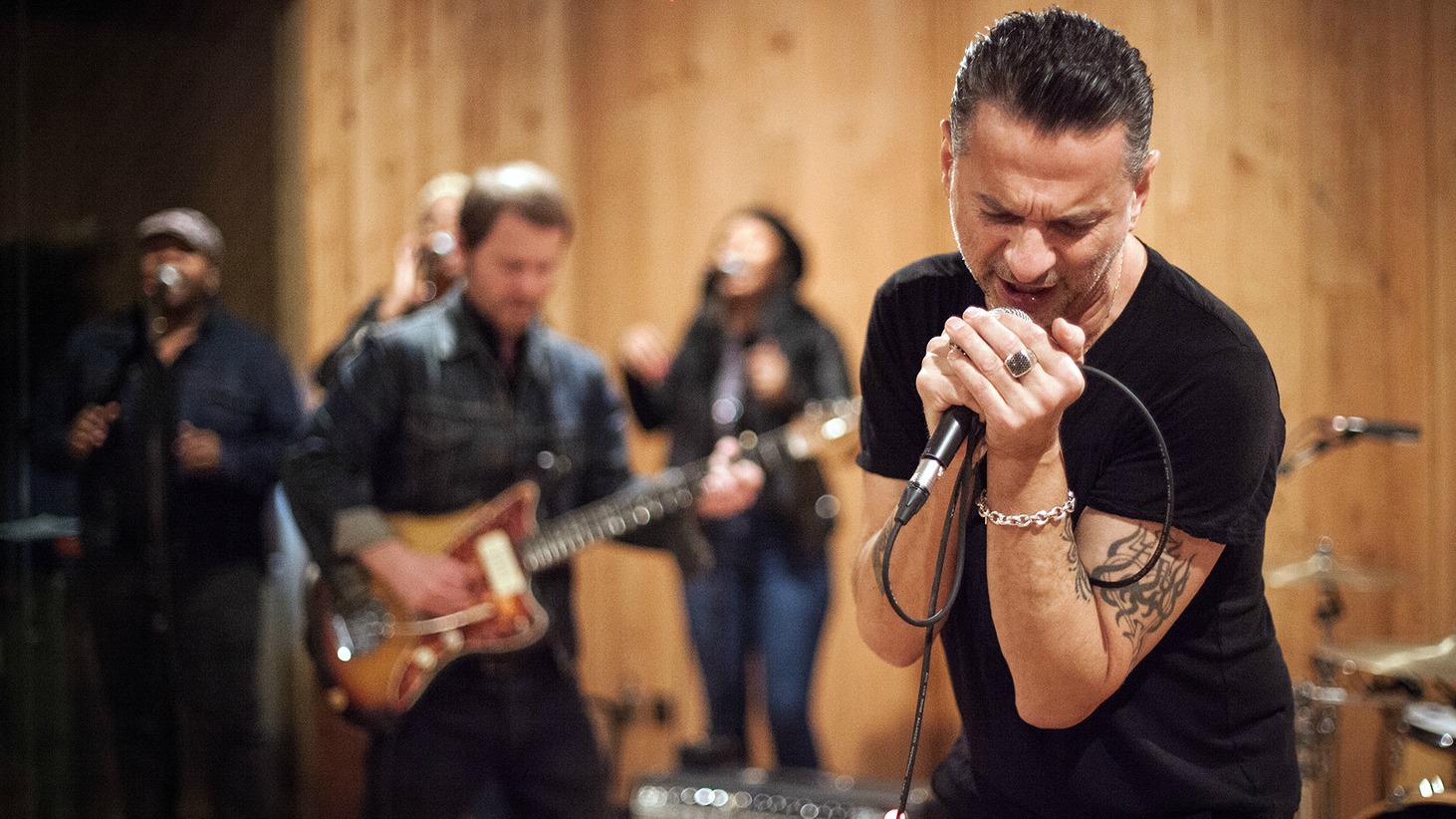 Imposter offers a variety of textures and moods with beautiful twist on this group of cover songs. One can hear how Gahan has taken from the originals and agilely made the melodies his own. Also, the Soulsavers have created empowering alternate arrangements that fit both Gahan’s style and still respect the original tunes. Dave Gahan & Soulsavers artfully have designed an album that bridges two different eras with one fabulous sound.