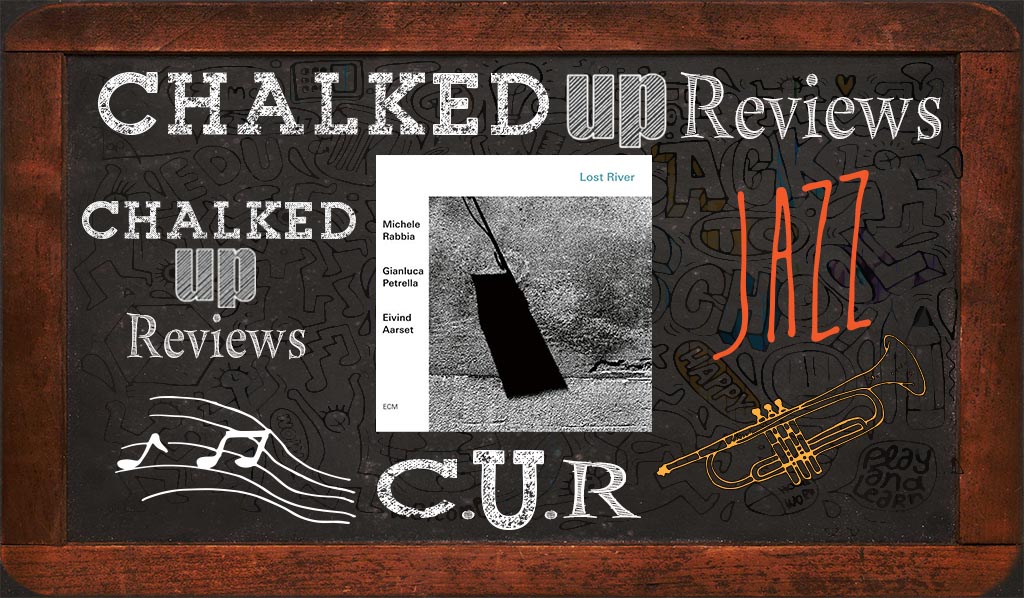 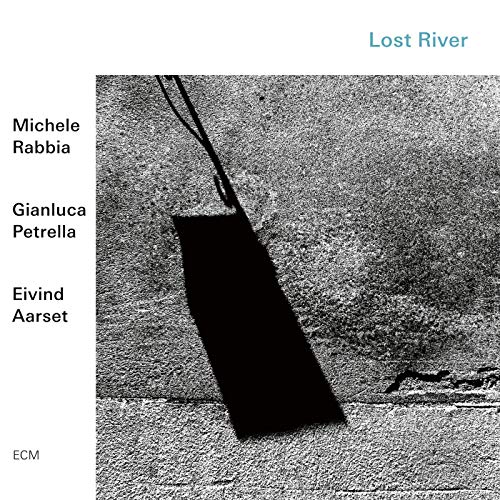 Born in Turin in 1965, percussionist and drummer Michele Rabbia began his studies at  Civica Savigliano.  In 1989, he furthered his studies by way of the United States, attending lessons with Joe Hunt and Alan Dawson.  Upon returning to Italy, he moved to the capital city of Rome and began his career performing and recording with Stefano Battaglia, Marilyn Crispell, Dominique Pifarely, Andy Sheppard, and many others.  His collaborations also extended in the dance arena with Virgilio Sieni,  Tery J. Weikel , Giorgio Rossi.  He has composed the music a show titled “Genova 01” Fausto Paravidino for literature with the writer Dacia Maraini , Gabriel Frasca and Sara Ventroni , and with the painter Gabriele Amadori and architect James Turrell.  Rabbia has performed in the most important European festivals , China, India and the United States.

Lost River is a haunting post-ambient, sonically textured soundscape, and one of the outstanding beyond-category recordings of recent ECM history. Drummer Michele Rabbia and guitarist Eivind Aarset had played many duo concerts, and Rabbia had also worked with trombonist Gianluca Petrella in other contexts, but this recording marks a premiere for the trio. The album contains ten tracks, spontaneously improvised for the most part. As a result, Lost River keeps revealing new forms and sound possibilities. Rabbia’s drumming is freely creative and propulsive, and enhanced through his use of electronics. Aarset’s flowing playing will delight listeners who have enjoyed his Dream Logic project and his contribution to recordings with Nils Petter Molvӕr, Tigran Hamasyan, Andy Sheppard and others. Petrella’s role will surprise those who know him only as a great “jazz” soloist with Enrico Rava and Giovanni Guidi; his broad range is very well deployed in Manfred Eicher’s widescreen production in this recording for ECM Records.

“Nimbus” opens the album with the three musicians methodically and patiently layering in their own unique sounds. Starting off in a haunting ambient texture, “Nimbus” develops into a melodic statement of rich textures and in the moment interaction that is stunning. Petrella’s melodic playing is a study in shape and thematic development, all with his rich warm trombone sound. Aarset’s use of electronics

and his guitar, is atmospheric and provides the perfect pastel backdrop for Petrella and Rabbia. Rabbia’s drums are superlative. His cross-rhythms, interactions and sense of buoyant time makes “Nimbus” an adventure to listen, while also inspiring his fellow musicians. This track represents the high art that spontaneously improvised music can achieve.

Lost River is a texturally rich album, filled with improvisational possibilities.  The symbiosis of the players is evident as is their deeply felt freedoms within the ensemble.  Rabbia is a particularly emotive leader that leads through his own musicality and sensitivity to bring for the best in the other ensemble players.  Lost River will take you on an aural experience of epic proportions, while at the same time taming the restlessness inside you.  A journey meant to be savored.