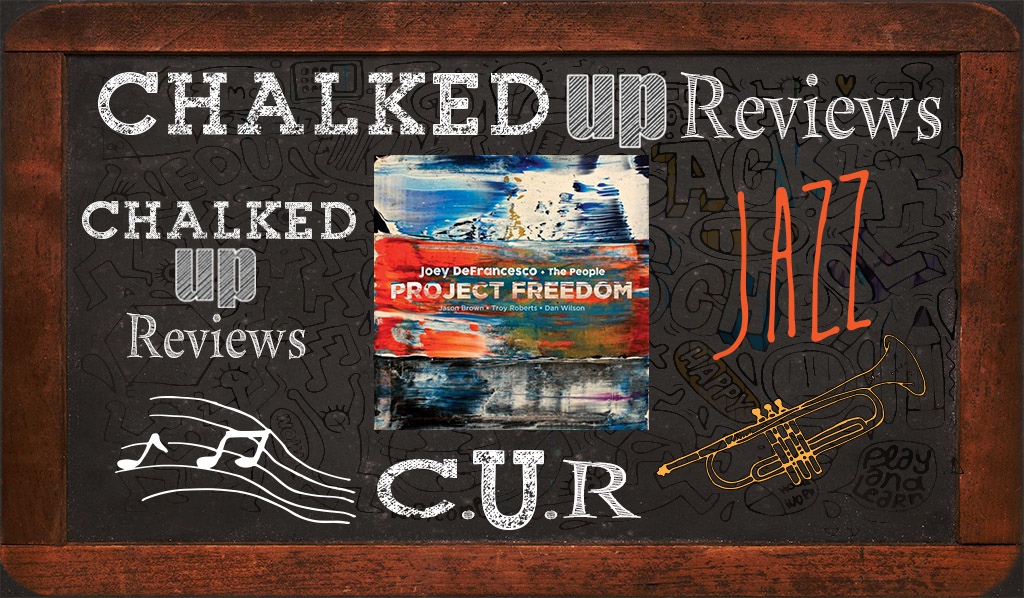 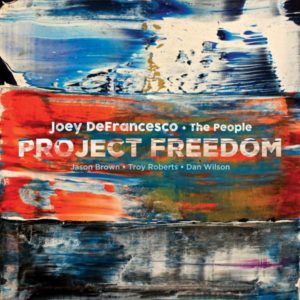 Since emerging in the 1980’s, organist Joey DeFrancesco has beem making his mark on the fabric of the jazz cannon. Organ jazz had all but gone into hibernation from the mid-’70s to the mid-’80s until DeFrancesco reignited the flame with his vintage Hammond organ and Leslie speaker cabinet. The son of “Papa” John DeFrancesco, an organist himself, the younger DeFrancesco remembers playing as early as four-years-old. Soon after, his father began bringing him to gigs in Philadelphia, where he was proudly born and raised, with legendary players like Hank Mobley and Philly Joe Jones, who quickly recognized his talent and enthusiasm. With a natural gift for music, DeFrancesco also swiftly picked up on the trumpet after a touring stint with Miles Davis as one of the two youngest players ever recruited for any of Davis’ ensembles. The three-time Grammy® Award-nominee, with more than 30 recordings as a leader under his belt, has received countless Jazz Journalist Association awards and other accolades worldwide, including being inducted into the inaugural Hammond Organ Hall of Fame in 2014, the Philadelphia Music Walk of Fame in 2016 as well as topping the Critics Polls in DownBeat Magazine eleven times over the past fifteen years and the Readers Polls every year since 2005. DeFrancesco also hosts a weekly program on SiriusXM Radio’s Real Jazz channel titled “Organized.”

Marking his debut for the Mack Avenue label, the band name and the CD’s title, Project Freedom, is a clear meassage that DeFrancesco is concerned about the state of the world today. Both the titles of the orginals and covers also follow this thems, with orginals titled: “The Unifier,” “Peace Bridge” and “Stand Up,” and covers of: “Imagine,” “Lift Every Voice and Sing,” “So Near, So Far” and “A Change Is Gonna Come.” This music is about inspiring feelings of peace and unity! The band includes: guitarist Dan Wilson, drummer Jason Brown, and saxophonist Troy Roberts. The music covers a wide variety of feels and styles and the sounds are varied thanks to Roberts’ horns, which on occasion are electronically processed, and DeFrancesco’s use of electric piano and trumpet in addition to organ.  Seven of the offerings were composed by DeFrancesco and are full of his limitless technique and ability to remain melodic through complex chord changes with a focus on syncopated rhythms. The intrepertation the covers is creative and contains inspire playing by all.

Our favorite track is “So Near, So Far.” This track demonstrates how the leader democratically shares the spotlight with his bandmates. The group listens intently as the stream out counterpoint lines, creating multi-part lines while still speaking the same language and colors. Each solo develops into a speedy bop inspired improvisation with heartfelt playing and the band swing their butts off! All three solos mixes barnburnning lines with stirring, soulful melodic phrases that build overtime to tell a story.

Keeping in the vain of the jazz from the 50s or 60s with modern melodic and harmonic coloring, Project Freedom is a none stop joy to listen to. Legendary producer Quincy Jones, who is a big fan of Joey D and writes the linear notes on the CD, says, “Joey is without doubt, one of the greatest B-3 players since Jimmy Smith.” That pretty much sums it up!

AwardsHot!
Report Card
C.U.R. Grades
You Grade The Music
Rate Here
Originality
A-
—
Design
—
Execution
A
—
Sound Quality
A-
A-
Solos
A+
A+
Compositions
A
A
Arrangements
A
A
Ensemble Sound
A
A+
Art Work
A-
A+
Use of Various Styles
A-
—
Virtuosity
A+
A+
Intonation
A
—
Groove
A
A+
Feel
A+
A+
Melodies
A
A+
A
C.U.R. Grades
A-
You Grade The Music
2 ratings
You have rated this
What's your reaction?
I Love It
50%
Cool
50%
It's OK
0%
What?
0%
I'm Sad
0%
I Hate It
0%
You might also like
Jazz
Editor
A-
User
A
REVIEW
CeCe Gable Next Year’s Song Review
Editor
A
REVIEW
Emilie-Claire Barlow Lumières d’hiver Review
Editor
A-
REVIEW
Carolyn Lee Jones Christmas Time Is Here Review
Editor
A-
REVIEW
Nicholas Payton Smoke Sessions Review
Editor
A
REVIEW
Kristin Callahan Lost in a Dream Review
Comments
Leave a response