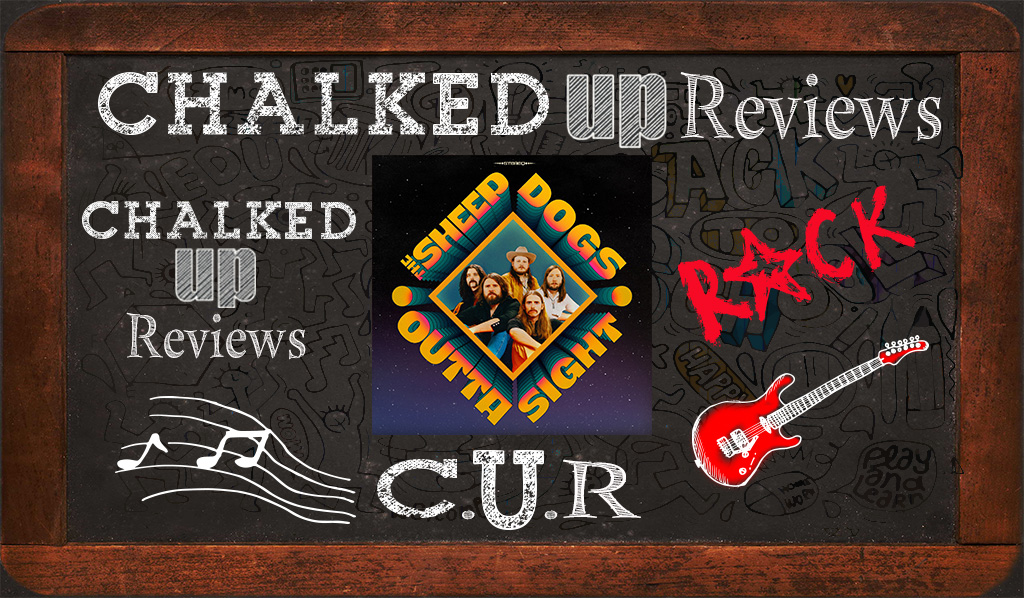 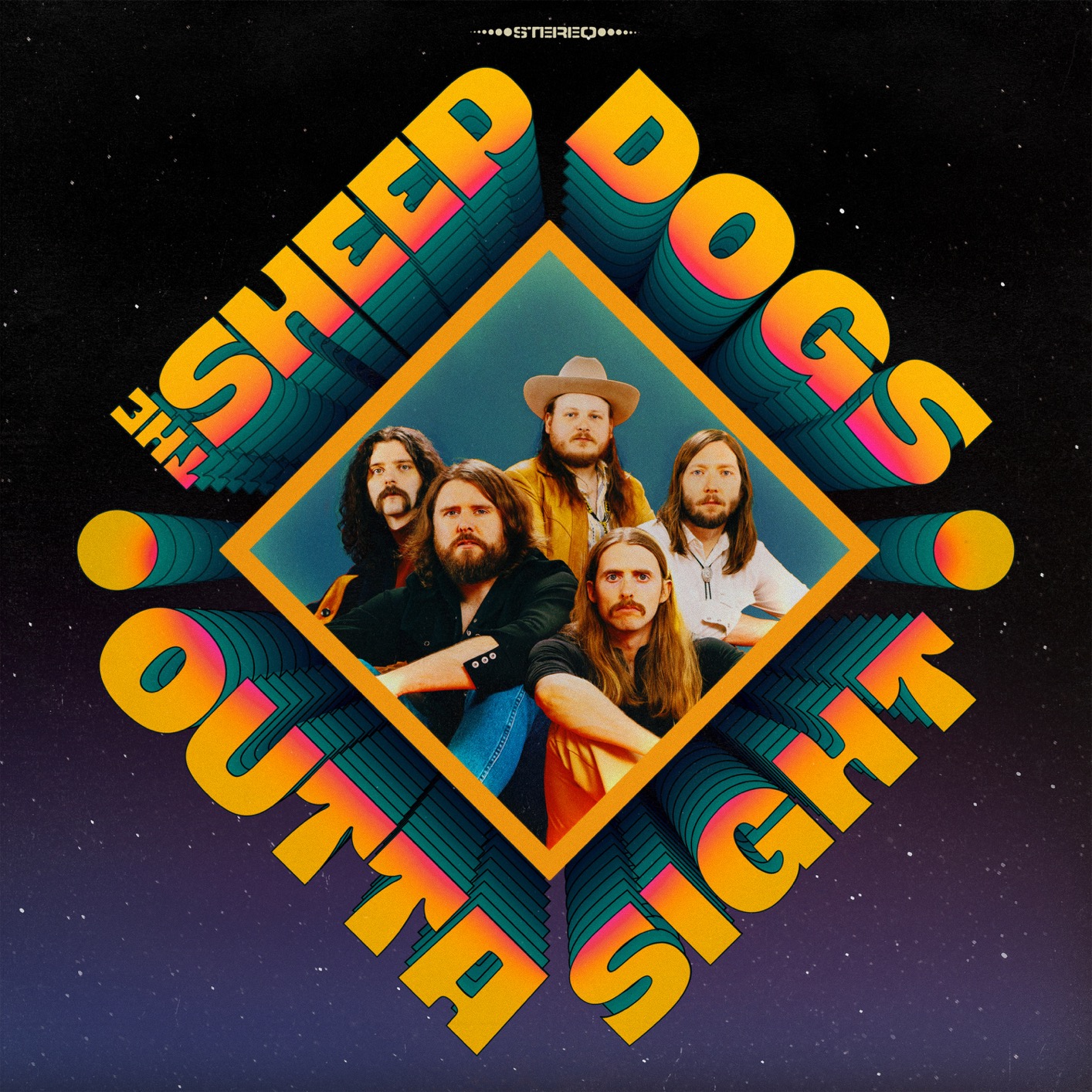 The Sheepdogs are a hard-working and hard-living Canadian band—Ewan Currie, Ryan Gullen, Sam Corbett, Jimmy Bowskill, and Shamus Currie who create rock music that is vital, rhythmic, relevant, and fun; making tunes that make you nod your head. Of course, you will hear catchy melodies with the jubilation of drums, bass, horns, and electric guitar. The artistry, however, beneath the stadium riffs—the harmonies, the multiple guitar parts, the groove behind a rhythm section that hangs out together when they’re not on the clock—is battle-honed and spit-shined between vans, garages, thousands of soundchecks, and, yes, headlining shows. The Sheepdogs are now releasing Outta Sight, a straight-up, non-bummer, pandemic-induced rock and roll album. 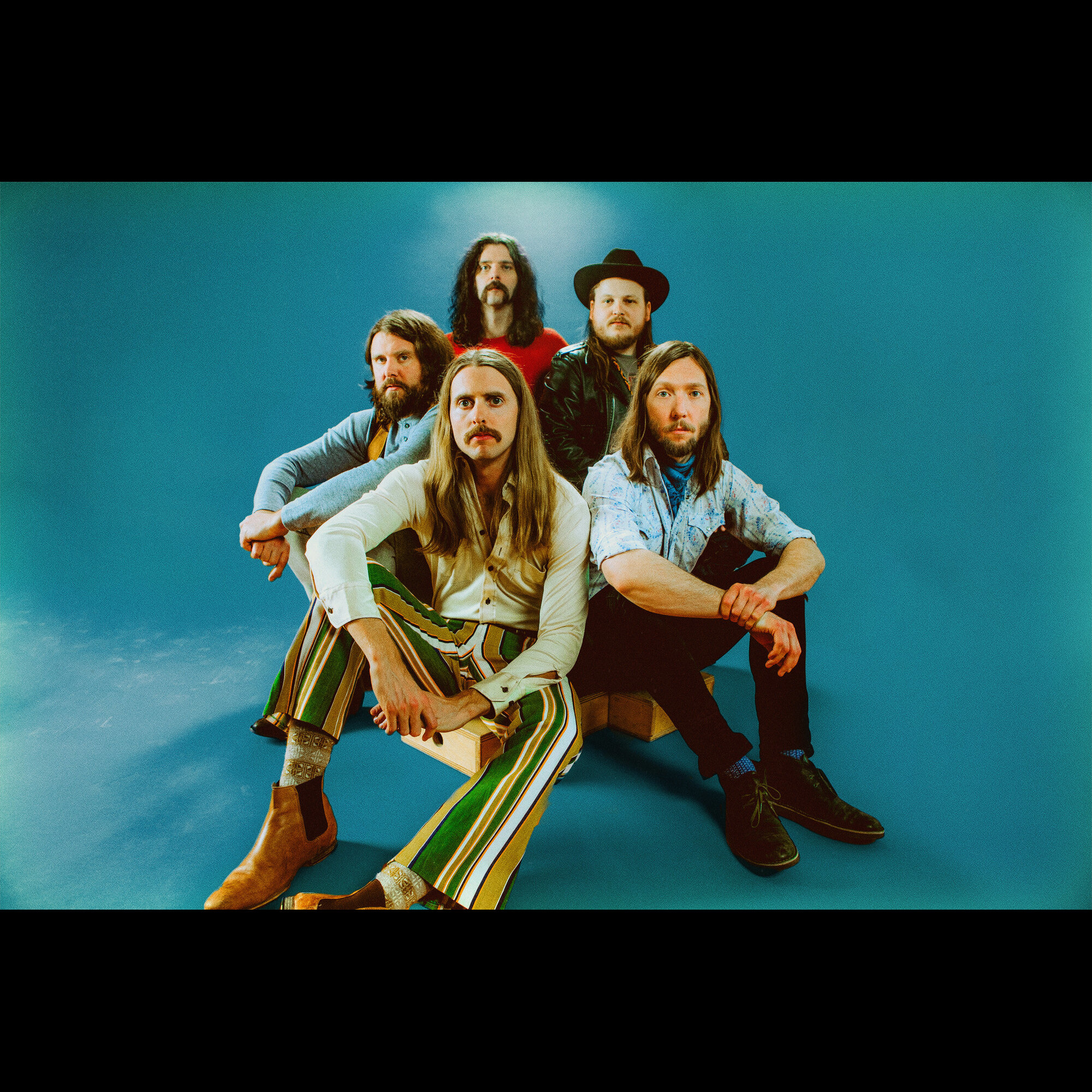 pandemic. “A no-bullshit approach, a workmanlike ability to put our heads down and play resulted in a real feeling and vibe on the record that I think is special,” says Currie. “It’s something that just might have saved us, and the feeling on the album is us taking that negative pandemic energy and expressing it, transferring it, through non-bummer straight-ahead rock ‘n’ roll.” Outta Sight has all the elements you want in a rock album; it’s got humor and chops and performed and recorded by five brothers from Saskatoon, Saskatchewan, who are grateful to get together and play for rock fans and create this new project. “Rock ‘n’ Roll is about cheering us up. Simple as that,” says Currie. “We hope our music does the same for the listeners at a time where things still can feel very tough. There’s no greater truth than rock ‘n’ roll.” The band confesses it was the least prepared they have been cutting a record since their self-titled album in 2012, but bassist Ryan Gullen calls the music they made a “life raft,” claiming their initial sessions for Outta Sight saved them from their anxieties. “Playing rock music kept us grounded…kept us going.”

“Here I Am” has crunchy guitars with a Southern rock grit that gets you in the mood for the memorable melody and catchy lyrics. There is some poetry to the fact that the song comes across as a jam session, with the guitar riffing in the center section and the light vocal backgrounds, and the playful, lighthearted lyrics. The Sheepdogs walk a delicate line between repetitive and inspired in-the-moment jamming.

“Scarborough Street Fight” is centered around another Southern rock-tinged guitar riff with the vocals blaring through a slightly distorted effect. The guitar solos are spot-on as the organ swells with excitement. The song’s energy is fun-loving, beer-drinking, you know, the passion that makes rock music so powerful. Again, the band is good at creating a mood with their songs. Currie sings in an energetic and engaging voice while the melody is guided by the rowdy guitar, steady bass, and drums that add a dramatic feeling into the song.

The Sheepdogs declare that Outta Sight saved them from their anxieties, saying, “Playing rock music kept us grounded…kept us going.” That energy and desire to move ahead reverberates through this album in a way that you can’t help but feel something. Just check it out for yourself; you will hear what I am writing about too.

Report Card
C.U.R. Grades
You Grade The Music
Rate Here
Originality
A
A+
Sound Quality
A
—
Songwriting
A
—
Solos
A
—
Band Sound
A
—
Vocal Quality
A
—
Art Work
A
—
A
C.U.R. Grades
A+
You Grade The Music
You have rated this
What's your reaction?
I Love It
0%
Cool
0%
It's OK
0%
What?
0%
I'm Sad
0%
I Hate It
0%
You might also like
Rock Blues
Editor
A-
REVIEW
Ellis Mano Band Ambedo Review
Comments
Leave a response