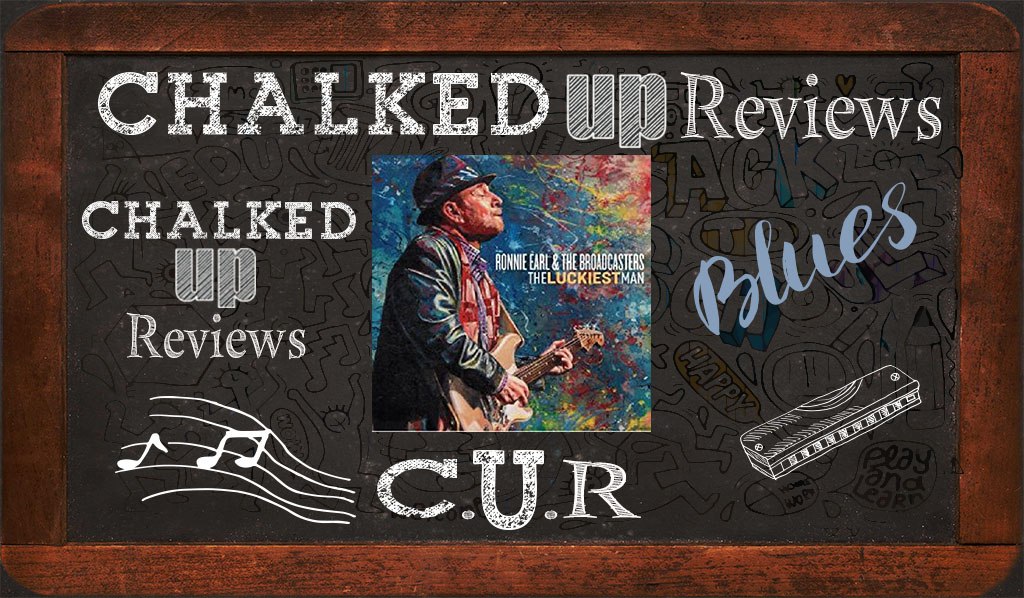 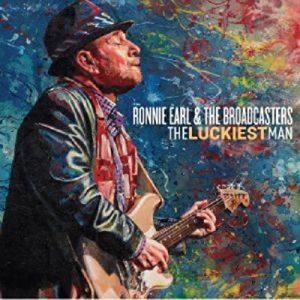 Ronnie Earl named The Broadcasters after one of the first Fender guitars, distributed in 1950, which originally had been labeled The Broadcaster. The first group of Broadcasters included Darrell Nulisch (vocalist), Jerry Portnoy (harmonica), Steve Gomes (bass), and Per Hanson (drums). In 1988 they released their first album, Soul Searchin, followed by Peace of Mind in 1990. Their album Language of the Soul was released in 1994. The lineup for the Broadcasters album was Bruce Katz (keyboards), Per Hanson (drums) and “Rocket” Rod Carey (bass). The next album The Colour of Love, featured Marc Quinones (percussion) and Gregg Allman (keyboards). The latter association led to Ronnie Earl and the Broadcasters’ opening for the Allman Brothers Band at Great Woods, and to Warren Haynes (guitarist for the Allman Brothers Band) sitting in with Ronnie Earl and the Broadcasters at Johnnie D’s in Somerville.
Earl considers blues guitarist and vocalist Otis Rush as having the greatest musical influence on his life, as well as Magic Sam, Guitar Slim, Jimmy McGriff, Jimmy Smith, Grant Green, Thelonious Monk, John Coltrane and Wes Montgomery, all of whom have deeply and profoundly shaped and inspired his playing. Ronnie is a now a three-time (1997,1999, 2014)  W.C. Handy Blues Award winner, renamed the Blues Music Awards, as Guitar Player of the Year.  He has served as an Associate Professor of Guitar, at Berklee College of Music, taught for five years at the National Guitar summer workshop in Connecticut, and has given private lessons. In 1995, Ronnie released Ronnie Earl: Blues Guitar with Soul, an instructional VHS tape that was then re-released in DVD format in 2005.

Earl offers both traditional blues covers and originals on the twelve track album, The Luckiest Man. He also augments his lineup to include: Nicholas Tabarias and Peter Ward on guitar, and Peter’s brother, “Mudcat” Ward on double bass and fender bass. Additionally, he adds Mark Earley on baritone saxophone and Mario Perrett on tenor saxophone. Vocalist Diane Blue returns, but there are also some instrumentals tracks. The album is dedicated to the Broadcasters’ late bass player, Jim Mouradian, who passed suddenly in early 2017. The three-time Blues Music Award winner for Guitarist of the Year keeps things about tone, spiritual intensity and emotions. Earl brings us a traditional blues album of remembrance, love, and unwavering resolve to live with faith and gratitude.

Our favorite track is “Ain’t That Loving You.” Blue’s vocals are strong and full of soul and Earl’s guitar playing over the shuffle blues form is amazing. The horn background lines add to the track. The band hits are also a nice touch. Earl’s strat is still the perfect timbre to convey

blues guitar, a Fender Strat with a cable connected to slightly over driven Fender Amp with a touch reverb, everything else is Earl’s magic touch. Earl always delivers great original blues tunes, but respects the idiom, not trying to make it “modern.” Earl and the band just kill on shuffles.

Earl continues to be one of the most touching blues guitarists today and The Luckiest Man confirms Earl’s status as one of the most soulful blues/soul/jazz guitarists working today, for sure! This album is the real deal and Earl speaks to loss and healing, gratitude and love, compassion and passion.

Report Card
C.U.R. Grades
You Grade The Music
Rate Here
Originality
A-
B-
Sound Quality
A-
A
Production
A-
A-
Songwriting
A-
A-
Solos
A
A+
Arrangements
A-
B+
Band Sound
A
A-
Vocal Quality
A-
B
Art Work
A+
A+
Use of Various Styles
A-
B
Feel
A
A
A-
C.U.R. Grades
B
You Grade The Music
1 rating
You have rated this
What's your reaction?
I Love It
25%
Cool
50%
It's OK
25%
What?
0%
I'm Sad
0%
I Hate It
0%
You might also like
Blues
Editor
A
User
A
REVIEW
Will Jacobs Goldfish Blues Review
Editor
A-
REVIEW
Ellis Mano Band Ambedo Review
Editor
A-
User
B
REVIEW
Scott McKeon New Morning Review
Editor
A
REVIEW
Mick Hayes My Claim to Fame Review
Editor
A-
REVIEW
Albert Cummings Believe Review
Copyright © 2023 Chalked Up Reviews, All Rights Reserved.